Ci6 Attendees to Get Exclusive Preview of New Netflix Series

Booksellers are invited to a late-night, exclusive Hilda Netflix Original Screening Party at Children’s Institute in New Orleans to view the first two episodes of the show, premiering this fall on Netflix. 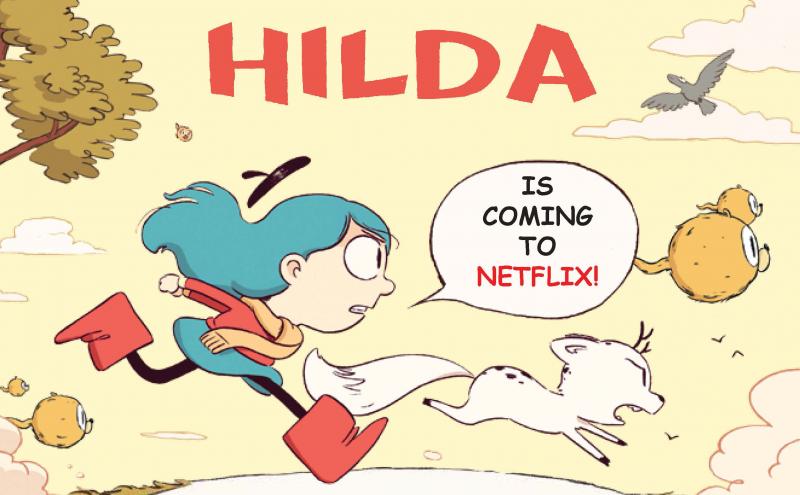 Hilda is based on the internationally bestselling, Eisner Award-winning children’s graphic novel series created by U.K. illustrator Luke Pearson and published by Flying Eye Books, the children’s imprint of London-based graphic novel publisher Nobrow. Currently, there are five Hilda graphic novels in print, with a sixth due out in October 2018.

“We’re really excited because booksellers have been Hilda fans for years and have supported us from the beginning, from when it was a handmade comic that we were selling. We wanted to give them a chance to see the show before anybody else did, but also to read the middle-grade book,” said Flying Eye Sales and Marketing Director Hannah Moushabeck.

At the screening, Moushabeck will tell booksellers more about the series and the corresponding novelization coming out September 4, which will cover the show’s first two episodes. Moushabeck, previously a bookseller at The Odyssey Bookshop in South Hadley, Massachusetts, told Bookselling This Week that the series is something that has been in the works for a long time. 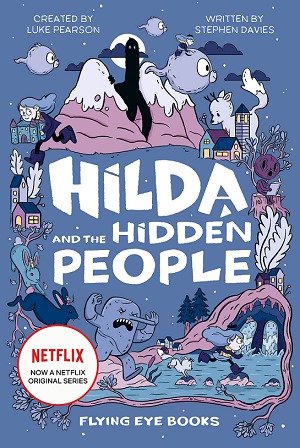 “Having seen the episodes and read the books religiously, I think they did a really good job with Hilda. I’m really impressed,” said Moushabeck. “You never know when you’re working on these franchises how true they are going to stay to the books, but they really did capture what is magical about Hilda and expanded it.”

Moushabeck said that Nobrow’s founders and Pearson, who has storyboarded for Adventure Time, another series with graphic novel ties, were heavily involved in the making of the show. They worked with the animators and Silvergate Media, producers of The Octonauts TV series, in collaboration with Mercury Filmworks to make sure that the books were accurately represented.

The series follows the fearless blue-haired girl as she travels through a magical wilderness full of elves and giants to the bustling city of Trolberg, where she meets mysterious creatures and makes new friends. Bella Ramsey, known for her breakout role as Lady Mormont in season seven of HBO’s Game of Thrones, stars as the voice of Hilda.

“There will be 13 episodes of the first series coming out this fall and they will release simultaneously,” said Moushabeck, “so there is a lot of new content that hasn’t been seen before, which is very exciting for Hilda fans.”

According to Moushabeck, the first novelization will be followed in 2019 by two more that will cover the entire first season of the show, episode by episode. If Hilda is greenlit for second season, Flying Eye will publish another three middle-grade novelizations covering the second season. 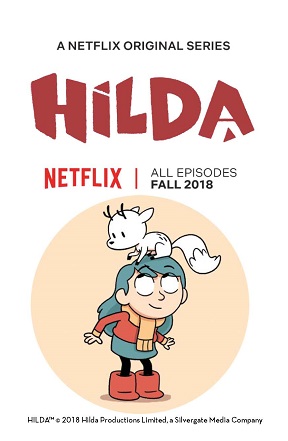 “We are a graphic novel and picture book publisher; we have never done a middle-grade novel but we were really inspired by the show and we recognized that people have been asking for much more Hilda content over the years,” said Moushabeck. “That’s why we wanted to publish something in celebration of the Netflix series. We hired really wonderful writers and illustrators to emulate the series and reflect what’s happening in the show. It’s kind of a cool concept, the graphic novel as a gateway into novel-reading for kids.”

The screening party at Ci6 will be held in the Grand B section of the Sheraton New Orleans’ Grand Ballroom from 9 p.m. to 10:30 p.m. No advance sign-ups are necessary for this event, but booksellers who are interested can sign up now to receive a Hilda display kit containing bookmarks, buttons, stickers, and a collectable Hilda Doll.