Indie bookstore owners served on a panel at the American Booksellers Association’s sixth ABC Children’s Institute in New Orleans to share obstacles they have come up against during their time as owners, how they have handled unexpected emergencies, and what they wish they had known before they started.

The June 21 panel — titled “Hindsight is 20/20: What Store Owners Wish They Had Known Before They Opened Their Bookstore” — was moderated by Shoshana Smith of Flashlight Books, an upcoming children’s bookstore in Walnut Creek, California. The panelists were Ariana Paliobagis, owner of Country Bookshelf in Bozeman, Montana, and John Cavalier, co-owner of Cavalier House Books in Denham Springs, Louisiana. 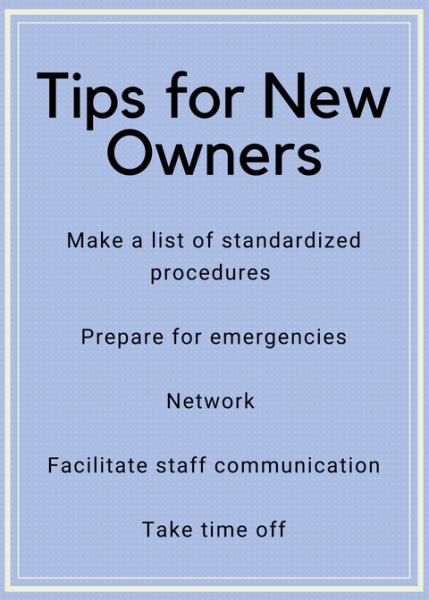 The panelists brought two different perspectives of store ownership to the table: Cavalier opened his brick-and-mortar storefront with his wife in 2009 after four years of owning a different business in the industry, and Paliobagis took over Country Bookshelf from its previous owner of 36 years after working there as a bookseller.

While Cavalier carried partnerships over from his previous business handling school and institutional accounts, he still had to work hard to curate an inventory that would reflect Cavalier House Books’ community, starting with the store’s first order of books.

“My wife diligently went through and [chose] the things we felt personally would be of interest and of use in our storefront,” Cavalier said, adding that the first few times booksellers place an order they might make mistakes. “Try to minimize them…but other than that, just embrace them, learn from them, and move on.”

Paliobagis noted the issues booksellers can face when a store is handed to a new owner. “The accounts don’t just transfer [over], but the reputation of your store does often follow you. And, unfortunately, my store did not have a good credit reputation and I had to establish new accounts,” said Paliobagis. Publishers required that Paliobagis pay up front before they would grant credit.

She also had to deal with the issue of returning books. “I would highly recommend you do a pretty in-depth look and make sure that any returns [are done] before the transition,” said Paliobagis, as the previously unsold inventory could not be returned on her account without penalties.

When choosing whether to buy directly from a publisher or through a distributor, Cavalier recommended carefully evaluating the benefits that each can offer. “We always try to go to the publisher as much as we can,” Cavalier said, “just because of the margins.”

In terms of working with publishers, Paliobagis told booksellers to know that they can negotiate, whether related to margin, dating, or another issue entirely. She added, “You can’t get something if you don’t ask for it. I’ve had to ask publishers to send things in stronger boxes.”

Paliobagis also noted the importance of having strong working relationships with publishers; she urged booksellers to find publishers that are responsive and care about their store. “I work better with the publishers who support me,” she said. “If I have a publisher who is not supporting me, if their reps are not as responsive, I’m not going to be ordering from them as much and I’m letting them know at every opportunity. You have to be noisy whenever you can.”

The panelists urged new owners to also consider different practices that can streamline the day-to-day operations of the store; these practices can be recorded in a notebook or online file for easy access.

Paliobagis stressed the importance of having standardized procedures, especially when it comes to donation solicitations. “People walk down Main Street — at least in my town — and every storefront gets hit up...I have to have a process to handle that,” said Paliobagis. “Otherwise it would be easy to give away the store.”

At Cavalier House Books, booksellers can find a folder in the store’s Google Drive called “Cheat Sheets,” which tell them how to manage aspects of the store that they might not be familiar with. In addition to that, “we have an ‘end-of-day’ form. It includes a couple of data points, so we can track the general mood of the store,” Cavalier said. “But it also lets us relay info to whoever is going to be at the store the next day. Really, it’s just in place to facilitate communication between everybody.”

The panelists noted that clear communication among staff doesn’t just help the store run more efficiently, it also creates a sense of community.

Inspired by a previous conversation with Cavalier, Paliobagis instituted her own version of the “end-of-day” form. “Sometimes the staff puts jokes in there for each other, stuff to entertain each other, or they’ll write down the nice comments that people say when they come in the store,” she said. “But it’s also a place to say, ‘Oh hey, by the way, this customer was really miffed about something, so be prepared.’”

Cavalier added that for his store, staff don’t always see one another, especially when on different schedules; the form brings the staff together in a way that makes them feel more connected than they otherwise would.

Building relationships and networking is one of the best ways to get started with hosting author events as a new indie bookstore, according to the panelists.

“We’ve really focused on partnering with our schools and bringing authors there and also making sure that we can bring them back to the store,” said Cavalier, who added that owners should use existing organizations as a resource. “Partnering with the local rotary club or the local chamber of commerce is always huge for us.”

Paliobagis told booksellers that another way to book events is to go to industry networking events and conferences. “It’s a lot of networking. Go to your regional association meetings. I go to the Pacific Northwest Booksellers Association [trade show] every year and I give out business cards like candy,” said Paliobagis. “I tell authors, even if your publisher might not be able to afford to send you to Montana, if you’re taking your family on a vacation to Yellowstone National Park get in touch with me. We’d love to be able to do an event.”

Cavalier also stressed the benefits of working with local authors. “For one of our first big events we actually had a local author who’s from the next town over,” he said. “She did all the work for us and we sold 70 or 80 copies [of her book] at the event.”

There are also unexpected circumstances that new owners should prepare for. At Country Bookshelf, which is located in a historic building, Paliobagis often has to deal with water damage due to inadequate plumbing.

“We get random leaks and floods and there have been times where that has involved major structural damage,” she said. “In those cases, make sure you know who is responsible...have your insurance company on speed dial.”

Cavalier House Books suffered the aftermath of a flood in 2016. While the store itself was unharmed, Cavalier said that the “economic fallout from the community around [them] was devastating.” For a long time, nobody in the community was buying books. The Cavaliers had to take their business outside of Denham Springs to Baton Rouge and New Orleans, where they could sell their stock at book fairs.

Before the flood, Cavalier House Books also experienced property damage that forced them to scrap inventory. “A truck was driving down the highway in front of our store and the lug nuts on its wheels fell off,” Cavalier shared. “The wheel bounced down the road, hit the curb, and went straight through our children’s section...Everything in the store had to be completely trashed because of the tiny shards of glass.”

In addition to ensuring one’s insurance covers a broad range of possible issues, store owners should also be prepared for failures in technology, even something as simple as a power outage, said Paliobagis. “We’ve had several power outages that have lasted for hours and we have had a plan in place so that we’re able to stay open and help customers,” she said.

She added that “even if the computers go down, that does not stop our sales. We have plans for using Square readers, for writing things down and ringing them up later in the computer so that the inventory stays correct. But we also have little battery-powered lanterns that when the power goes out we hand to people when they come in the door.”

Store owners should also account for issues that might arise in their personal lives. Paliobagis shared that after experiencing a serious nervous breakdown last year, she reached out to her staff for help.

“The independent bookstore world is the most supportive industry...but we still don’t talk enough about anxiety and depression and other mental health issues and how that is really prevalent in an industry like ours,” Paliobagis said. “I came out to my staff in a meeting and I told them that I needed their help, I needed their patience, and I needed their understanding.”

On separating work life from his personal life, Cavalier said, “I’ve started scheduling my time off. [My wife and I] work together and live together, but then we also need time to actually be together to enjoy each other’s company. So, we consciously just try to make an effort.”

Store owners should remember that they can rely on their staff to help with not only the day-to-day running of the store, but larger projects as well. “You’ve hired good people — put them to work.” Paliobagis said. “They want to be there, they want to be working, they want to do the exciting, fun things.”

“We have to definitely not feel pressured into working 24/7,” Paliobagis added.

The panelists also suggested that store owners consider what benefits they are able to provide for their full and part-time staff, including the option to work from home, flexibility in scheduling, or paid time off and health insurance for full-time employees.

“Even though I didn’t really know how I was going to afford it, I did make the commitment that I was going to give health insurance to my full-time staff,” said Paliobagis. “All of my full-time staff get fully paid silver-level health insurance with vision and dental, and they get paid vacation and sick leave. I do that because it’s the right thing to do. It’s good for retention, it’s good for recruiting. I want to have the best people and I want them healthy and happy.”