Dominique Raccah, the CEO and publisher of Sourcebooks, has created a distinctly female-driven company publishing a diverse, wide-ranging collection of books that elevate marginalized voices.

Founded in 1987 as a publisher of books for bankers, Sourcebooks went from publishing just one title that year to 385 titles in 2017. The company, which celebrated its 30th anniversary last year, has since had hundreds of books on New York Times bestseller lists, and in 2018 was identified by NPD BookScan as the 14th largest trade book publisher in North America.

“Like a lot of booksellers, I started with nothing except a dream and a passion for books. It’s hard today as an entrepreneur to run and grow a vibrant business, but it was really hard when I started, and it was particularly hard as a woman entrepreneur,” Raccah told Bookselling This Week. “That’s what made us who we are. Today, I would say we are America’s most female-forward publisher and certainly North America’s largest woman-owned publisher.” 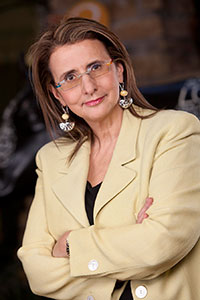 Sourcebooks Senior Marketing Manager Valerie Pierce told Bookselling This Week that the publisher aims to connect with indie booksellers in every possible way. Said Pierce, “Our catalog in Edelweiss is marked up so booksellers can sort and discover new titles. We have a special newsletter for indie booksellers that goes out once a month called Booktipsy, where we address some of our bigger books coming out; we also have our Booktipsy Twitter account. We’re at the Winter and Children’s Institutes, we do ARC mailings, we attend almost all of the regional indie events, and we’ll be at BookExpo next week.”

Booksellers are invited to visit Booth 2039 at next week’s BookExpo in New York City to meet staff from Sourcebooks, which employs just under 150 staff members and occupies three offices, in New York; Naperville, Illinois; and Milford, Connecticut. More than 70 percent of Sourcebooks’ staff is female, as is more than 70 percent of the company’s leadership team, said Raccah. 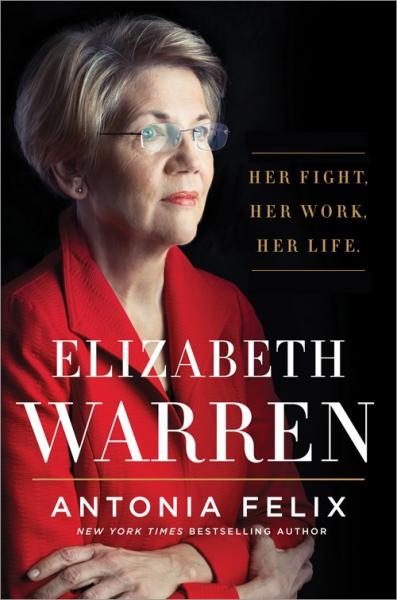 “That female DNA is clear in what we publish, which is diverse and eclectic and, I think, really representative of what America actually is today,” said Raccah, who was named Publishers Weekly’s Person of the Year in 2016. “The Sourcebooks motto is ‘books change lives’ because, for us, it’s about books giving voice to marginalized people, including women and girls, and taking on a lot of challenging topics, particularly in places like YA.”

Sourcebooks is known for challenging the conventional, creating conversations, relentless innovation, and creating new kinds of business for its retail partners, including independent bookstores, Raccah said. Many of Sourcebooks’ titles, produced by a team led by editorial director Todd Stocke, showcase the company’s “female-forward” identity as a publisher — a progressive force; the starter of important conversations, whether about gun violence, gender fluidity, sexuality, immigration, or the value of science; and a champion of the voices fighting to be heard.

“One of the things that we are particularly proud of are the fiercely female voices that we publish,” said Raccah, citing books about forgotten women in history like The Other Einstein by Marie Benedict, which tells the story of Albert Einstein’s first wife. Sourcebooks is also the publisher of the May 2017 Indie Next List pick The Radium Girls by Kate Moore; in August, Sourcebooks will publish the first and only biography of Democratic Senator Elizabeth Warren, Antonia Felix’s Elizabeth Warren: Her Fight, Her Work, Her Life. 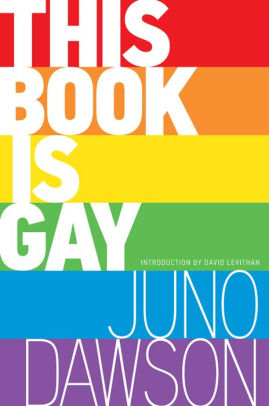 Sourcebooks’ adult fiction business is comprised of Sourcebooks Casablanca, their romance line, and Sourcebooks Landmark, their literary imprint, while the company’s juvenile division is divided into different segments: Jabberwocky, their children’s imprint; Sourcebooks Fire, their YA imprint; entertaining and licensing; and the Jabberwocky nonfiction imprint.

Raccah cites This Is Where It Ends by Netherlands-based author Marieke Nijkamp, which spent 72 weeks on the New York Times bestseller list, as one of the publisher’s YA books that has sparked important conversations. Back in 2015, Sourcebooks’ marketing team reached out to teachers, school librarians, and booksellers to make ARCs directly available to teens.

“Gun violence is epidemic, and it is a place where we have to take a stand as a nation. This Is Where It Ends was the number-one YA debut of 2016 and it keeps on touching lives,” Raccah said. “It is a vital stance for teens on gun control. Today kids are doing lockdown drills but they are also demonstrating; this is a conversation we have to have.” 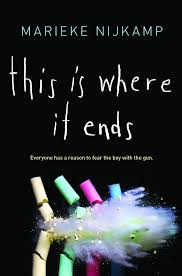 Another YA book Raccah said has been a major conversation-starter is This Book Is Gay by Juno Dawson, anecdotally one of the most stolen books in high school libraries. Raccah, who said the book’s advertising campaign on Instagram and Facebook received thousands of positive comments, said the hardcover version was published under the name James Dawson, and after Dawson transitioned to female, the name being printed on the paperback’s cover was changed to “Juno Dawson.”

One of the publisher’s upcoming books Raccah says exemplifies the character of Sourcebooks is the company’s first graphic novel, Illegal, by Artemis Fowl author Eoin Colfer. Out this August for middle-grade readers, Illegal is a moving portrait of the immigration experience that puts a human face on a familiar story from the news headlines. In March 2019, Sourcebooks will publish a groundbreaking book about gender, She/He/They/Me: For the Sisters, Misters, and Binary Resisters by Robyn Ryle, which Raccah calls “wildly remarkable.”

“It has a nonlinear structure, so the reader can choose his/her/their own path through the book to discover what gender means,” she said. 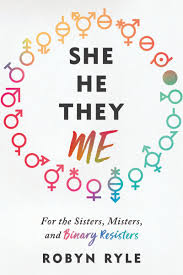 Some of Raccah’s other favorite recent releases include Quantum Physics for Babies and General Relativity for Babies, part of a series by Australian physicist and father of four Chris Ferrie. Raccah said Ferrie, who is also the author Goodnight Lab, a scientific parody of Goodnight Moon, will soon be adding Blockchain for Babies and Evolution for Babies to the series.

Finally, Raccah cited the publisher’s partnership with America’s Test Kitchen as some of Sourcebooks’ important work: so far, products of that relationship have included 1, 2, 3 the Farm and Me; A Is for Artichoke; and The Complete Cookbook for Young Chefs, with more to come.

Raccah told Bookselling This Week that beginning as a female entrepreneur in the 1980s, she has been “mansplained” to more than her fair share. In fact, when she was applying for a loan to start Sourcebooks, the banker insisted on speaking to her husband instead of her.

Raccah’s business advice for female entrepreneurs, including indie booksellers, who deal with this kind of treatment or who have faced business challenges is to recognize that “the place where you are weak is actually the point you will have to strengthen. The part that is the most challenging for you is the thing you will have to face in order to take on the next growth opportunity for yourself. I saw that for myself over and over and over again.” 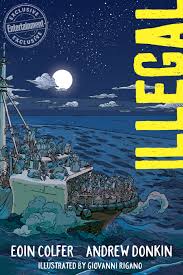 The veracity of this advice was no clearer to Raccah than in 2001, when she mortgaged her house to publish We Interrupt This Broadcast, also packaged with CDs, which features the most famous moments of the 20th century as announced by actual news broadcasts. Though one of the Big Five publishers initially discouraged her from going forward with it, the $50 coffee table book ended up selling 800,000 copies and became the first Sourcebooks title to make the New York Times bestseller list, said Raccah.

Raccah said she is looking forward to meeting with indie booksellers at Booth 2039 during next week’s BookExpo to discuss these and other Sourcebooks titles.

“Growing Sourcebooks has been, in many ways, growing myself, as well as learning more about how to serve authors and booksellers,” said Raccah. “To booksellers, we welcome you and we hope we can help you to be really successful. That’s our goal.”