Indie booksellers across the country have chosen David Yoon’s Frankly in Love (G.P. Putnam’s Sons Books for Young Readers) as a top choice for the Fall 2019 Kids’ Indie Next List.

Frankly in Love follows Frank Li, a teenager caught between Korean and American worlds who must hide the fact that he’s dating the girl of his dreams, Brit Means, because his parents will disapprove. With the help of family friend Joy Song, who’s in a similar bind, he comes up with a plan for them to help each other and keep their parents off their backs. It works, until life throws them a curve ball. 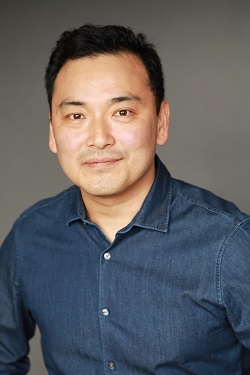 “Frankly in Love is a breathtaking, sit-on-the-floor sobbing, smile-till-your-face-hurts whirlwind of a novel. David Yoon’s writing is extraordinary: carefree and playful, yet deep and resonating. Embedded throughout are gems that encapsulate the humanity of being young, being in love, and discovering who you are and who you aren’t,” said Tildy Banker-Johnson of Belmont Books in Belmont, Massachusetts. “Not only is this a compelling and engrossing story of love and growing up, it powerfully hits many notes regarding race, family, and biases. I know this will be a book that will continue to resonate with me for a long time, and I can’t wait to share it so that it will stick in other readers’ hearts, too.”

Bookselling This Week: Where did the idea for this book come from? Were you inspired by anything in particular?

David Yoon: I was inspired by my own adolescence. My parents had pretty traditional ideas about who I should date (meaning only Korean girls), so when I inevitably wound up dating a non-Korean girl, I found I had to hide that fact. Other kids my age were open about who they were dating, even going out to dinner with their girlfriends’ parents and such, but not me. It struck me how strange it was that I had to hide such an important part of my high school experience from such important people as my parents, and that’s when I got the idea for the story.

BTW: How did you create Frank Li’s character?

DY: Frank is basically a wiser, smarter, and more courageous version of me as a teenager — he’s the kid I wish I could’ve been when I was 17. He learns big, huge lessons about love and parents and generation gaps in a single year that took me decades to figure out. Lucky him! ^_^

BTW: The characters in this book playfully riff on each other’s names — for example, Brit Means calls Frank Li “Frankly” and Joy Song calls Brit “Brit means it.” What was the process for naming your characters like? Did you always intend for their names to have another meaning, or say something about who they are?

DY: I love offbeat, punny names. I always base them on the defining traits of a character — Frank is Frank because he is honest and direct, Joy is ironically named Joy because she isn’t very joyful, Brit Means is earnest, and so on. I normally give characters these kinds of names as a drafting shorthand for my own purposes, and sometimes they just stick.

BTW: One aspect of this book is how Frank deals with his parents’ racism and the expectations they have of him. Can you talk more about that? 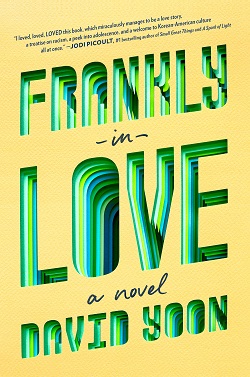 DY: There’s so much I could say about this subject, but it boils down to a generational gap. Frank juggles the traditional values of his parents (ethnic homogeneity, selflessness), with the American values surrounding him (ethnic diversity, independence). The challenge for him is to figure out if he can live by his own rules while somehow respecting his parents at the same time. The story takes him on a journey toward one of the hardest concepts ever: acceptance. How can he learn to accept his parents for who they are, without wishing they were something else? Moreover, how can he learn to love them, even though he disagrees with so much of what they believe?

BTW: Friendship, as well as the feeling of existing between two worlds, is another central aspect of this book. Over the course of the story, Frank balances his best friend with his girlfriend, his real girlfriend with his fake girlfriend, and the Limbos with the Apeys. Why did you decide to explore all of these different kinds of relationships in one story?

DY: I love romance stories. I love falling in love with the main couple, watching their highs and lows, and their ultimate triumph. But! I also love seeing all the things that make up their world — and that includes best friends and even family. For me, romantic love doesn’t exist in a social vacuum. It can be so interesting to see a love interest not just through your own eyes, but reflected in the eyes of others. We all contain multitudes, and that’s why it was so important for me to show how Frank behaved in different social situations — to give readers a full sense of his self.

BTW: We also see Frank and Brit compare their own family’s dynamic with the other’s, which puts a strain on their relationship. Can you speak more about this?

DY: Frank, caught between Korean and American worlds, feels like he doesn’t belong anywhere. Brit, who is something like a fourth generation British American, has fully assimilated into American society and has strong historical roots. She’s very comfortable in her own skin, and enjoys a strong sense of cultural savvy and entitlement that Frank deeply envies. It’s a struggle for him to admit this to her, and it’s also a struggle for Brit to acknowledge how belonging to the dominant tribe affords her lots of shortcuts that she may not even be aware of.

DY: Indie bookstore are some of my favorite places in the world. Since high school I’ve always hung out in bookstores, exploring shelves, discovering things I would never have encountered through a web browser. I absolutely love the physical connection to books — holding them in my hands, talking with staff, reading the shelf-talkers. Indie bookstores have always been the place to not just find what I might like, but also what might challenge me and stretch my existing notions of the world.

DY: All I can say is I’m working on another YA romance. More soon!