Former Tattered Cover bookseller Matthew Sullivan’s debut novel, Midnight at the Bright Ideas Bookstore (Scribner, June 13), a literary mystery centering around a bookstore and a decades-old murder, has been selected by booksellers for the June 2017 Indie Next List. 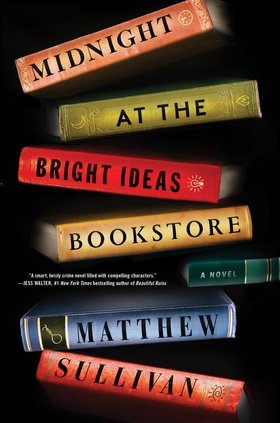 The story and the Bright Ideas Bookstore of the title are based on Sullivan’s experiences as a bookseller at Tattered Cover Book Store in Denver’s historic LoDo neighborhood from 1994 to 1998. Sullivan later worked for a year and a half at Brookline Booksmith in Boston.

“My experience working in an indie bookshop really just exposed me to people who were life-changing for me,” said Sullivan, who is now a writing professor. “The other booksellers I worked with were brilliant and creative, and they wanted to be there, too. That’s one thing that I always come back to: I always had the sense that the people I was working with were making a choice, that they didn’t just end up there, that they were committed to it. Obviously, they weren’t there for the money.”

Midnight at the Bright Ideas Bookstore tells the story of Lydia, a bookseller at the Bright Ideas Bookstore in 1990s Denver who, as a young girl, was the only survivor of a murderous attack. When a now 30-year-old Lydia finds one of her favorite customers dead in the bookstore with a childhood photo of her in his pocket, she discovers the dead man left behind a series of clues that will lead her to uncover the mystery behind his death. In the process, she is forced to revisit her own past trauma. 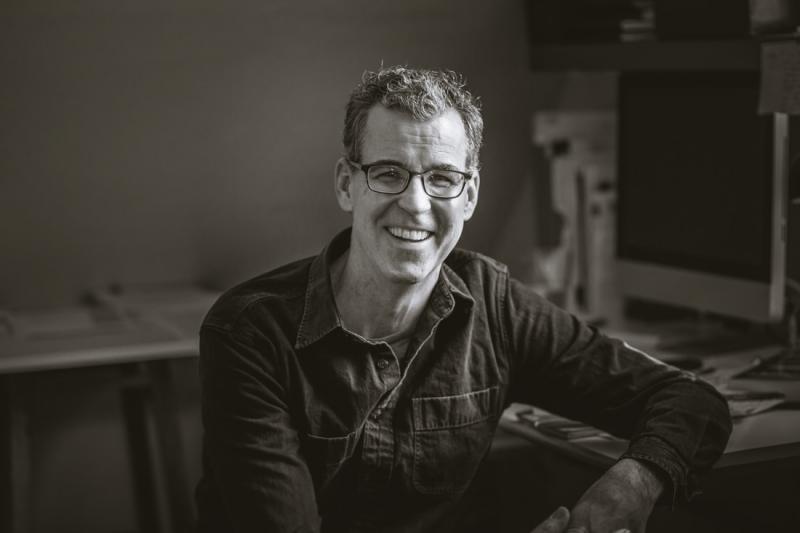 Through plot elements in the novel, including suicide and homelessness, Sullivan illustrates how the darker side of reality can still encroach on bookstores, even as they are valued as peaceful sanctuaries. The story was inspired in part by a crime that occurred in Denver when Sullivan was 13 years old: An entire family, who lived nearby him, was murdered by a man with a hammer, save for one surviving child. The Bright Ideas Bookstore is located in Denver’s Lower Downtown neighborhood, which in the 1990s was notoriously seedy and just beginning its gentrification. In the book, the store serves as a place for the homeless, drug addicts, and others with nowhere else to go.

“Like libraries, bookstores act as places with open doors for people, and when those doors are opened you’re going to have people who are struggling, people who are mentally ill, and just people who are looking for ways to fill their time,” said Sullivan. “I found, in my experiences, that seeing people who were maybe a little bit downtrodden every day and interacting with them every day — because if you’re working there you’re going to get to know them — that a lot of them had really incredible stories and a lot of them were incredibly smart. There were reasons why they singled out the bookstore as the place to go and find some solace: because they were book people.”

As a book person himself, Sullivan said he is a fan of mysteries that bend or break the rules in some way, like the work of Kate Atkinson, or Paul Auster’s New York Trilogy.

“Even though I’ve read a lot of classic mysteries, I find that I’m more drawn to traditional literary novels or mysteries that are somehow doing something different, pushing the boundaries of the genre a little bit,” said Sullivan. “I was setting out to blur those lines a little in the book; I think a lot of my favorite writers actually do that.”

Sullivan will be promoting his novel on tour, including a signing at Tattered Cover, where he hopes to see some of his old bookselling comrades, and several events in Seattle. His day job is as a professor of writing, literature, and film at Big Bend Community College in Washington State, but he has also published a number of short stories in various literary journals, including The Chattahoochee Review and Fugue. His writing has been nominated for the Pushcart Prize and he has won the Florida Review Editor’s Prize and the Robert Olen Butler Fiction Prize.

Having his first novel appear on the June Indie Next List is “really up there with the birth of my children and meeting my wife,” said Sullivan. In part, he said, the honor is booksellers’ validation of his efforts to capture the vibe of the indie bookstore.