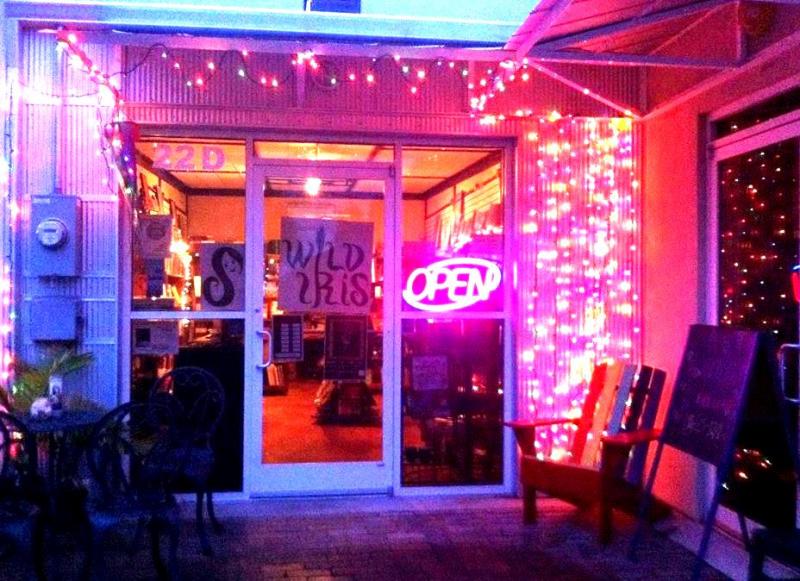 As Florida’s only feminist bookstore, Gainesville’s Wild Iris Books serves a unique role in its community. The store, which opened in 1992, goes well beyond its four walls to create a place for social, cultural, and educational events that celebrate diversity and originality.

“Wild Iris is really a special, different place because it’s always been based on a mission,” said store co-owner Erica Merrell. “Bookselling is a really great perk that comes out of the really great work that we do.”

Events programming at Wild Iris varies from a weekly Queer Feminist Open Mic to a regular “Free Store” that provides those in need with clothing and toiletries. The bookstore even helps coordinate free childcare and activities for young families who want to get involved.

With the number of feminist bookshops reportedly on the decline despite changing conversations about gender equality and identity, Merrell said that this year’s Winter Institute in Asheville provided her with welcome inspiration.

“Every few months a news article comes up that lists the 13 of us” remaining in the U.S. and Canada, said Merrell. But meeting booksellers with similar goals from the likes of A Room of One’s Own in Madison, Wisconsin, and Women & Children First in Chicago was reassuring. “There’s a special set of worries and concerns and trials that we have, so there’s an automatic kinship there,” she said.

“What really sunk in for me at Winter Institute is that I’m not that different and this is a built-in community that really cares about what we do,” said Merrell. “I came back with a new store of fuel to be creative and to go out there and make partnerships.” 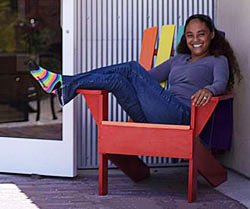 Merrell joined Cheryl Calhoun as co-owner of Wild Iris in 2009 after working at the store since 2004. In addition to her work with local chapters of a variety of organizations from Planned Parenthood to the National Organization for Women, Merrell has also just begun serving a two-year term on the board of the Southern Independent Booksellers Alliance, where she said she is eager to bring diversity to the table.

The titles on the shelves at Wild Iris reflect the diverse ideals of a feminist bookstore: women’s studies, feminist thought, lesbian and gay fiction, and gender identity topics, as well as progressive children’s books. “We don’t really carry the top 10 bestsellers,” said Merrell. “We’ve always been pretty small-focus and have really gotten our support through events and community partnership.”

At Wild Iris’ current location, which it has occupied for just two years, the bookstore’s all-volunteer staff has taken a realistic approach to operations, said Merrell. The bookstore has scaled down to just 400 square feet but has benefitted from the shared courtyard space on the block and the event space next door at the Civic Media Center, an alternative library and info-shop that can host more than 100 people for events. Also on the street are the Citizens Co-op, Radical Press Coffee Collective, and the Sequential Artists Workshop.

With the Civic Media Center, Wild Iris is currently planning for the “Viva La Vulva” exhibit, to be held April 18, which will bring the community together for an evening of art and entertainment celebrating sexual diversity and body positivity. The event will showcase a series of photographs featuring the vulvas of subjects of diverse backgrounds, as well as a panel of guest speakers who will discuss body-consciousness, sexuality, and education.

At the Winter Institute session “It Could Happen to You: Booksellers Confront Free Speech Emergencies,” sponsored by the American Booksellers for Free Expression, Merrell shared the upcoming event and some of the critical responses the store has heard from the community. The overwhelming support at the session for Wild Iris and its mission was apparent, she said. “I felt again this complete, built-in network.”

The community of Gainesville remains fiercely supportive of the feminist bookshop, said Merrell, as well as its host of other local businesses. The store actively promotes localism in Gainesville, featuring a thorough list of local authors, shops, and eateries on its website and shopping local as often as possible. “That culture overall supports us,” said Merrell. “When people say they’re going to buy local in Gainesville, they mean it.”