The panel “Will Bars Save Bookstores?: New Strategies From the Front Lines of Retail” at last week’s Digital Book World conference in New York City featured a discussion of new strategies and innovations that are working in bookstores and other forms of retail right now. 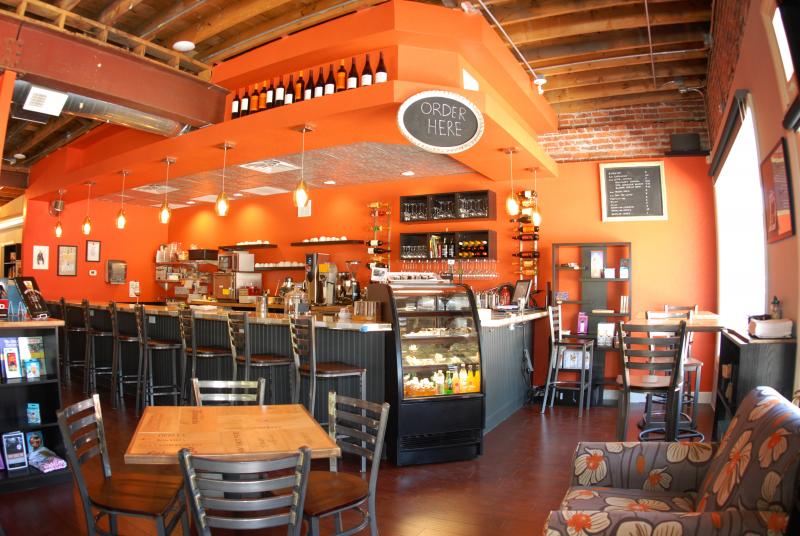 There was consensus among the panelists that both the independent and big box bookstores that are thriving today are capitalizing on opportunities to provide readers with unique sales experiences that go beyond the four walls of their stores and beyond just selling books.

“In order for indie stores to continue to be competitive, they have to be innovative and creative about the kinds of things they are doing,” said Teicher. “Booze in bookstores is just one way that stores are demonstrating incredible, ingenious new ways to attract customers.” Among the other innovations are summer camps, foreign language courses, and trips abroad.

Booksellers’ creativity and a new generation of young bookstore owners who are more technologically adept have helped energize the entire industry, Teicher said, adding that more new stores are opening, numerous existing stores are expanding their physical footprints, and existing bookstores are being sold to new owners.

“Indie bookstores are in far better shape today, but there are some issues we are grappling with, like minimum wage increases, upward pressure on real estate costs, and the massive growth of Amazon and online sellers,” Teicher said. “There are some pretty strong headwinds that we’re facing, but there have always been headwinds. These are just different kinds of challenges in different times, but that’s the nature of owning and operating an indie business.”

Stockton Bagnulo, who co-owns Greenlight with Rebecca Fitting, said her store hosts both in-store and off-site author events, partners with other businesses for book-related events, and handles book sales for other organizations’ events, including this year’s DBW conference. Greenlight is always open to new ways to sell books all over town, she added, and to ways of allowing more people to participate in the experience of literary culture.

“A growing part of what we do is hosting events off-site, both partnered events and sales-only events, as well as private book launches. We are also doing an increasing number of school book fairs and school author fairs,” said Stockton Bagnulo. “That’s something that indie bookstores have a unique capacity to do: to figure out what neighborhoods and communities want to see and make those things happen, while also providing a space for neighbors to come together. We create spaces where people feel comfortable and welcome; we offer them an experience that no one else can.”

Greenlight is also the official book vendor for performances at the Brooklyn Academy of Music (BAM). “We have a kiosk there, but we also partner with BAM on events,” Stockton Bagnulo said. “There was one huge event with Gloria Steinem and we got to do it in that gorgeous space; we obviously could not have hosted it in our store given the number of people who were interested.”

Stockton Bagnulo described bookstores as examples of the “third place,” a term that refers to sociologist Ray Oldenburg’s concept of another social setting besides the home (the first place) and the workplace (the second place) that is essential to creativity and intellectual discovery.

McCall of Dover Publications said he is relatively optimistic about B&N’s new model, which he believes will succeed as long as the company has the time and the ability to make adjustments to some of the logistics. Among McCall’s suggestions is better integrating the store’s two functions by rethinking the decision to have two different cash wraps.

Barnes & Noble’s plans for these hybrid spaces also include outdoor areas with fire pits and bocce courts, features that are made possible by the size of the new stores’ physical footprint.

McCall characterizes such new concepts as Barnes & Noble’s restaurant/bookstore idea as “disruptions” — departures from market norms that are key to innovation and improved sales.

“All these disruptions in the market will be thought of as innovations and will help sell books if they satisfy two concepts,” he said. “The first is engagement: Will they engage their customers in things they want to be engaged in? Will their customer satisfaction improve? I really think there is an opportunity with the new Barnes & Noble stores.”

For indie bookstores looking to diversify their merchandise offerings or create a new kind of shopping experience, McCall pointed to disruptions he has seen in his travels, including the pairing of books with other retail items at Canada’s Indigo Books & Music.

“While they don’t have a bar or restaurant, they do sell different kinds of items with different kinds of books. They sell vitamins with health books, women’s articles of clothing with women’s fiction, and picture frames and art supplies,” he said.

In addition to discussing the new Barnes & Noble restaurant/bookstore model, IPG’s Matthews zeroed in on the specifics of bookstores that sell booze, like BookBar in Denver, Colorado, which is described on its website as “a bookshop for wine lovers and a wine bar for book shoppers.” Other examples cited by Matthews include Elements: Books Coffee Beer in Biddeford, Maine; Books & Brews in Indianapolis, Indiana; Housing Works Bookstore Café in New York; and Volumes Bookcafé in Chicago, Illinois.

“I’ve observed that this trend is not just specific to bookstores. We’ve been seeing alcoholic beverages pop up across the retail landscape in places like nail salons, grocery stores, farmers’ markets, movie theaters, barbershops and hair salons, even fast food restaurants,” he said.

Innovation is increasingly important, he added, because there are three new elements that have made it more difficult for bookstores to turn a profit: increased online sales from retailers like Amazon, the rise of e-books, and the fragmentation of an audience that is drawn to a wide variety of media.

“Obviously, the goal of having alcohol is to drive traffic and to keep the traffic there,” said Matthews. “You can’t download a cocktail. Customers might be more likely to buy after having a few drinks since they may be less inhibited, while reluctant shoppers who find shopping to be annoying may be tempted to go out to the store if there might be a glass of wine involved.”

In addition to these pluses, adding alcohol to the bookstore model may lead to bookstores becoming more popular as date destinations, as well as to more book clubs and writers’ groups moving out of people’s homes and into stores.

“At the heart of it,” Matthews said, “it’s all about creating an experience inside the store.”