After a burst pipe caused flooding at New York City’s The Drama Book Shop on February 14, damaging thousands of dollars worth of books, Hamilton creator and star Lin-Manuel Miranda encouraged his more than 269,000 Twitter followers to support the store: the result has been record sales and widespread media attention for the store. 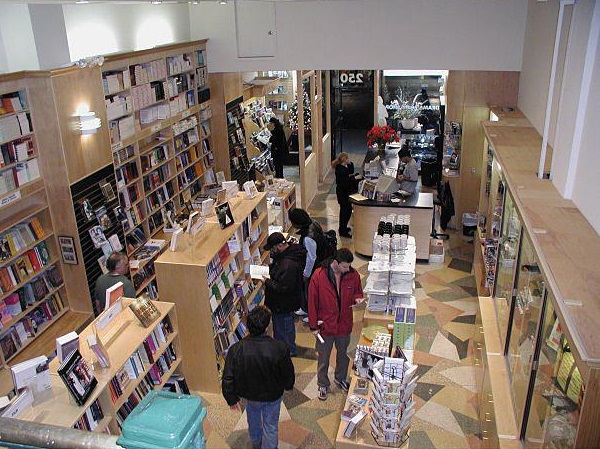 Following Miranda’s very public show of support, sales at the store doubled, boosted greatly by online orders, and hundreds of Twitter followers piled on to the Drama Book Shop account. The star’s tweets included: “The @dramabookshop is not only the best place to get theater-related ANYTHING, I wrote most of In the Heights there. Pls support. #BuyABook.”

“It’s been astounding,” Drama Book Shop owner Rozanne Seelen told Bookselling This Week. “I’ve never seen anything like it. Well, we did actually have a major fire many, many years ago in 1979 and I do remember the response there was also very strong and lots of wonderful people came in and helped us, but this is just something else. It’s amazing.”

“We’re 99 years old now so I guess we’ve seen just about everything,” Seelen added. When the pipe burst overnight on the third floor of the store’s Times Square building, Drama Bookshop lost many of the titles in its biography, writing, and theater history sections, as well as a portion of its collection of technical books on topics such as stage management and books on design and film.

Over the past two weeks, customers have flocked to the store to shop its remaining selection, Seelen said, and the store has received so many online orders it’s been hard to keep up fulfilling them all. In fact, traffic on the store’s website was up more than 300 percent compared to the same week last year. During these past few weeks, some publishers have offered to send free books to the store. One customer even asked them to just pick out and send $1,000 worth of books, according to Seelen.

“Online we’ve been getting a lot of orders and we’ve just been working so hard to get everything out,” she said. “I haven’t had a chance to come up for air or even look at the daily and weekly reports on how much business we have done. I’m so busy just trying to order books and get them back in.”

On February 20, Miranda, who won a Grammy Award for Hamilton and four Tony Awards for In the Heights, filmed one of his weekly #Ham4Ham webcasts at the shop and it has already received more than 38,000 views on YouTube. 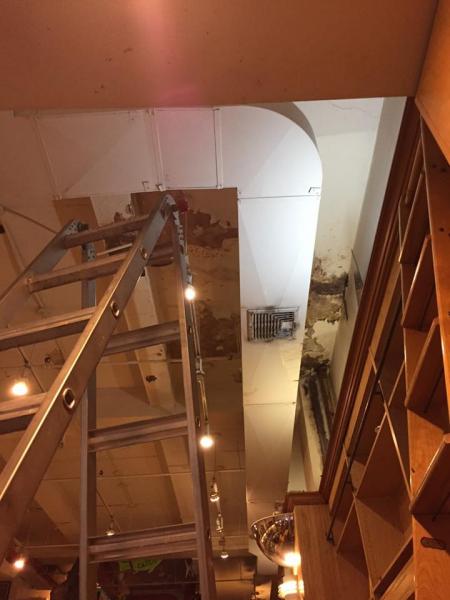 “The whole theater community has been amazing. Lin-Manuel has really left me speechless, which never happens. He has done so much to help us, I mean, he’s done everything in the world,” said Seelen, who got a chance to see Hamilton after the flood and called it “a game-changer in the history of musicals, just like West Side Story was in its day.”

Noting that Miranda and his wife have a new baby, Seelen told Bookselling This Week: “When the baby is two years old I’m going to make sure that baby has every children’s book that was ever written. And of course Lin-Manuel can have any book he wants forever for free. As long as I’m alive he’ll get free books.”

Profits from the recent boost in business will go toward replacing lost merchandise at the store, which received an honorary Tony Award for Excellence in Theatre in 2011. The Drama Book Shop will also hold a benefit at Feinstein’s 54 Below, a Broadway supper and performing arts club, on March 26 to raise funds for repairs. It took about six months to get everything back to normal after the fire in the 1970s, Seelen said, but she’s hoping this time things will go faster.

“We’re still trying to figure out how much of a loss we’ve sustained. We’ve added up a lot of the books and it comes out to about $30,000 in lost books, but there may even be more. I just found another box of books that was damaged and wet,” said Seelen. “We were lucky on one level at least: the acting section was not hit too badly. That, of course, is the section that’s our bread and butter.”

Complicating matters a bit more, another small flood occurred on the night of February 28 that caused some damage to Seelen’s office (although her computer was spared), and that might mean a more costly recovery if the flooding turns out to be systemic.

However, another among the many silver linings in this story, was the way the store’s staff of 19 came through for the shop, Seelen said.

“The benefit performance was all their idea. I had nothing to do with it,” she said. “Our staff is really marvelous here: they’re young; they’re energetic; they’re committed to the shop. They have just taken the lead on this.”

Actors volunteering their time at the benefit include David Cryer (Phantom of the Opera, 1776, Chess), Gabrielle Ruiz (Crazy Ex-Girlfriend, If/Then, In the Heights), Alex Boniello and Ali Stroker (Spring Awakening), and other Broadway and Off-Broadway veterans and newcomers who love and support the bookstore. Anyone interested in purchasing tickets to the event should visit the 54 Below website.