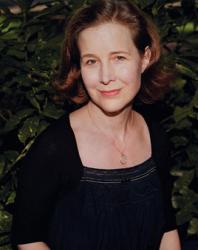 Award-winning author Ann Patchett returns with a spellbinding new novel, State of Wonder (Harper), featured on June's Indie Next List. Patchett has given IndieBound an exclusive interview on her new work, her writing style, and independent bookstores -- for indie booksellers to link to or cut and paste on their websites and in their newsletters.

You take on some very big ideas and ask profound moral questions in State of Wonder. At the same time, your characters must escape one dangerous situation after another, and the plot twists and turns make it impossible to stop reading. Did you have those big questions in mind when you started working on it? Or did they flow out of your characters’ struggles in an organic way?

It worked more or less in this order: I wanted to write a book about an adult student finding her most important teacher again many years after the fact. The teacher has had a profound impact on the student’s life and yet that teacher doesn’t remember the student at all. From there I figured out who they were, where they lived, and what they did for a living. It was fun because Dr. Swenson loves to lecture, she’s a woman with a lot on her mind. Still, I never thought -- I want to make a statement about women’s reproductive issues. That just came out of the issues the characters were dealing with.

How did you decide to use the Amazon as the setting for your novel, and what challenges did it present?

I needed a place that had malaria, medical possibilities to develop new drugs, and was hard to get to. They also had to be really far away from a Verizon store because it was important to me that once the cell phones were gone they couldn’t be easily replaced. I wouldn’t say there were any challenges to writing about the Amazon. It’s such an open canvas for the imagination that it lends itself to all sorts of exciting descriptions and exciting plot points. Frankly, I’d like to set all my future novels in the Amazon as well.

At the core of the novel are two indelibly drawn women – mentor and student – with a complicated past and uneasy present relationship. It’s such an interesting dynamic and it feels so real. Was it drawn from your own life? You have been on both sides of the desk; did inhabiting both those roles inform your depiction of the relationship between Marina and Dr. Swenson?

I’ve certainly had the experience of completely loving a teacher and doing everything I could to impress that person, and I’ve had a couple of teachers I was terrified of and still desperately wanted to please. For the most part I’ve been very, very lucky on the teacher front. But students are much more likely to remember their teachers (they’ve only had a few) than the teachers are to remember their students (they may have had a couple thousand). I’ve run into former students who I in no way remembered and they told me they had been pre-med but after my fiction class they decided to be writers. I’m amazed their parents didn’t hunt me down and kill me.

The NPR Summer Round-Up review cited your ability to write a page-turner that “doesn’t abandon literary elegance.” How do you balance the beauty of your writing with the momentum of the plot?

I read Raymond Chandler. Everything a person needs to know about the balance of beauty and momentum can be found in a Chandler novel. I am particularly attached to The Long Goodbye.

You’ve written and spoken in the past about the joys of community bookstores, and now it’s being reported that you are investing in a new independent bookstore planned for your hometown of Nashville, Tennessee. What prompted your interest in doing so? As you have become more well known as a writer, has your perception of the place of independent bookstores changed?

Well, the thing that prompted my interest in opening a bookstore was the closing of Davis-Kidd, Nashville’s longstanding independent bookstore. A few months later our Borders closed. Nashville has some great used bookstores but used bookstores are not the writer’s best friend. I just can’t imagine living in a city without an independent bookstore. I may be opening an ice-shop at the dawn of Frigidaire, but that’s not going to stop me. A bookstore is a community center, it’s the place our children learn to love to read, and it’s the place I get to sell this thing I’ve been locked away working on for years. I can’t tell you how weird it is to have a new book and no bookstore. I know some people who own a great frame shop in town, the Beveled Edge, and they called and said they’d sell the book. I’m really grateful. At least I can tell my friends that they can buy my novel at the frame shop.

Is there a book you are currently recommending to readers?

The All of It (Harper) by Jeannette Haien. My friend Maile Meloy found this book in a used bookstore and bought it for me because she loved it. I loved it so much I asked Harper to reissue it. It‘s a perfect novel, a world in miniature and a tale of morality in which we are asked to examine our own judgment. I want this book to have a second life because it deserves it, but I’m also going to need more copies of it, and the overwhelming desire to give a book away is the surest sign of its greatness.