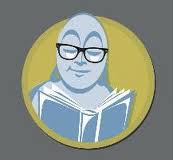 In case you haven’t heard, one of the trade’s favorite e-dailies has expanded into new territory. Last week, Shelf Awareness launched a consumer edition, Shelf Awareness: Enlightenment for Readers. Twice weekly, it will provide 25 reviews of the best books published that week as chosen by industry insiders, in addition to news, interviews, and other special features.

Shelf Awareness has had its consumer fan base from the outset. “We found from the first days of Shelf Awareness that we had a small but devoted number of readers who weren’t in the business but just loved books and reading,” said SA co-founder and editor-in-chief John Mutter. Those readers mostly avoided the trade news, but looked forward to SA’s reviews, the Book Brahmins, the media appearance news, and some of the more general interest news.

As more newspapers cut back or eliminated their book review departments, “it seemed logical to expand our reviews from one an issue,” said Mutter. “At the same time, with the growth of online book retailing as well as e-books, it seemed more and more readers were missing out on good advice about what new books (and related backlist) are available each week.”

Bethanne Patrick, aka The Book Maven, the editor of the Shelf Awareness consumer edition, is working with Book Reviews Editor Marilyn Dahl, Children’s Editor Jenny Brown, and more than 60 new book reviewers (librarians, booksellers, book critics, and book bloggers), whom they will draw on for coverage.

In addition to providing 25 brand-new book reviews each week in a variety of genres and subjects, the consumer edition will feature starred reviews and author interviews, starting in this Friday’s issue. Like the original SA, the consumer edition is free to subscribers and supported by advertising.

Feedback on the new publication has been very positive, said Patrick. “I’m pleased to say that people have specifically commented on our new feature, ‘Further Reading,’ in which a new release is given its own little ‘backlist bibliography.’ That will be in every issue.”

Shelf Awareness: Enlightenment for Readers is geared toward consumers, but booksellers are also part of its intended audience. “While we’re focused on readers (quite rightly, since the Shelf Awareness Pro team does such a masterful job of looking out for news about booksellers), I’m highly aware (geddit?) that all booksellers are readers,” said Patrick. “One of my first jobs in college was helping out at Northampton, Massachusetts’ long-gone and much-missed The Globe. Booksellers usually know as much about literature as my grad professors did.”

Many general publications fail to convey an excitement about books and authors the way they do about movies and music, said Mutter. “More than anything else, that’s what we hope consumers will get out of the new Shelf Awareness: renewed and expanded excitement about books and authors. One measure of this: several people wrote after the first issue came out saying they had bought books or were planning to based on what they’d read in the issue. I was so happy.”