Bradley Graham, the co-owner of Politics & Prose Bookstore and Coffeehouse in Washington, D.C., spoke with Bookselling This Week on Tuesday about an incident on Sunday, December 4, that prompted police to put the bookstore and other neighborhood businesses on lockdown.

Around 3:00 p.m. last Sunday, a gunman, incited by a false story that Hillary Clinton and other Democrats were running a child sex slavery ring out of the basement of Comet Ping Pong, walked into the nearby pizza restaurant and fired a shot. The fabricated conspiracy story, dubbed “Pizzagate,” first surfaced on Reddit and had been circulating on social media and fake news sites in the weeks preceding the presidential election.

Since then, the staff and owner of Comet Ping Pong have been subjected to thousands of hateful and threatening messages on social media, daily threatening phone calls, and in-store incidents. Politics and Prose and a number of other businesses in the area have also been targets of abuse for their alleged complicity in the made-up plot.

Graham, who co-owns the D.C. store with Lissa Muscatine, his wife and a former Clinton speechwriter, said the incident took place while the store was filled with a good number of holiday shoppers and “scores of people” who were there to hear Mark Shriver, author of the biography Pilgrimage: My Search for the Real Pope Francis (Random House).

“We could see, all of a sudden, a lot of police action on the street, with squad cars showing up and police taking positions crouched behind cars, wearing armored vests, sometimes behind shields, with their rifles and pistols drawn, all pointing up the street toward Comet,” said Graham. “When we tried to venture out on the sidewalk to glance up the street to see what was going on, the police immediately waved us all back into the store and told us to stay inside and lock the doors.” 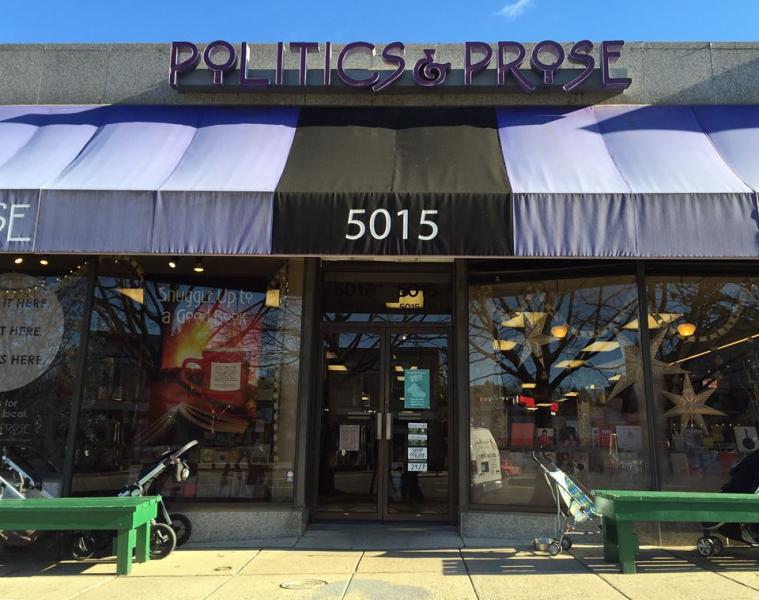 “We were also receiving reports from people who had been inside Comet about a gunman entering the restaurant, so, although there had been no connection made yet to Pizzagate, in our own minds we instinctively linked the two because this had been our fear in recent days, that these viral online and phone attacks would escalate to something physical and more dangerous.”

Graham noted that customers and staff remained calm throughout the episode, during which everyone was instructed to stay sheltered at the store. They continued to receive intermittent reports about what was happening, although no one could see much from the windows. As reported later by the Washington Post, the gunman had opened fire while in the restaurant, shooting a lock off a door, then pointing his gun at an employee. The gunman, identified as 28-year-old Edgar Maddison Welch of Salisbury, North Carolina, ultimately surrendered peacefully to police.

“After about an hour and a half, police advised us that customers could leave out the back of the store into the parking lot. A bunch of people left then, but the front of the store remained closed to traffic on the whole block in front until 6:00 p.m.,” Graham said.

While the gunman surrendered only 45 minutes after the incident began, it took police another two hours to check the man’s car to make sure it wasn’t booby-trapped, look for any possible accomplices, and to check out a few other vehicles in the area, he added.

Although Politics & Prose has not experienced the level of abuse directed at Comet Ping Pong and some other businesses in the area, it has gotten its fair share of calls and online comments, Graham said.

“We don’t think the threat has necessarily passed, but we are encouraged by the attention that local and federal authorities are now taking in this matter. D.C. police have beefed up patrols in the area and FBI agents are investigating,” Graham told BTW. “Given the media attention that this episode has received, we, at least, are encouraged that the threat is being looked at, not only in terms of the continuing danger it might pose to businesses on the block, but in a larger sense.”

“This case is just an early example of the ways in which these hateful fake news stories can lead to real dangers to people, so I think the facts here offer a kind of test of how authorities at the local and at the federal level will react,” added Graham. “We’re learning to grapple with this kind of new age menace.”