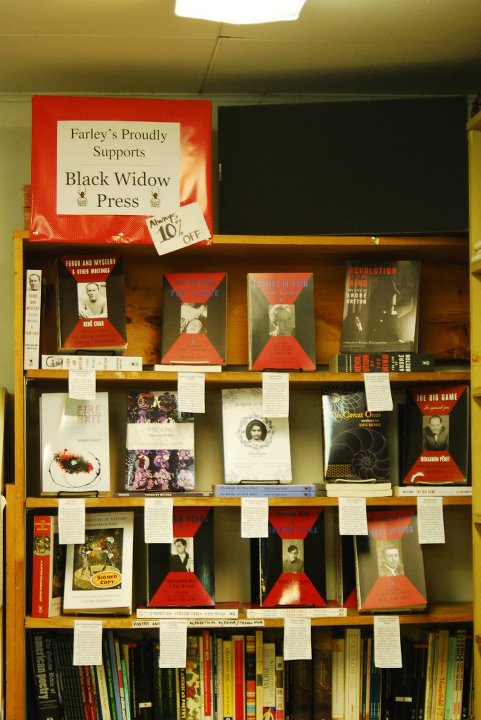 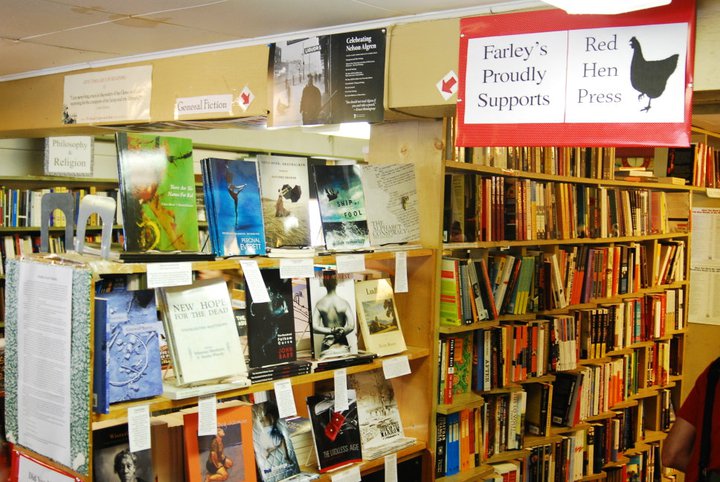 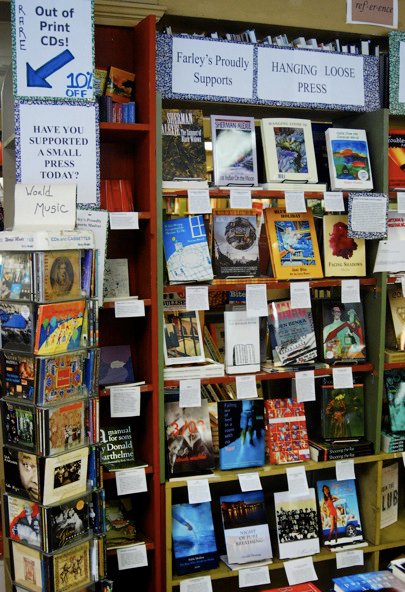 A consignment arrangement with small presses has enabled Farley’s Bookshop in New Hope, Pennsylvania, to build a deeper inventory selection that has grown customer interest and the store’s bottom line. “Sales are excellent,” said William Hastings. “Every single press has told us that we have sold more titles of theirs than any other bookstore they work with…. [W]e can safely say that in six months we moved close to 300 indie press titles.”

Farley’s created “a consignment-style set-up” in exchange for face-out displays, extensive marketing, and prominent in-store location, said Hastings. “We wrote a proposal and reached out to presses we loved that weren’t using major distributors that we had reps for. After all, we didn’t want to hurt our relationships there either.”

The participating presses give net-90 terms, offer a 40 percent discount, and ship the books FOB bookstore. Farley’s covers shipping on returned books. “If the books don’t sell, they don’t sell at no risk to us and little risk to the publisher,” Hastings noted.  “So far no publisher has wanted a return from us — they have just asked that we keep the titles and then shipped new/different ones to us. We’re more than happy to do that. Given enough time, they’ll sell. And they have.”

Each press has its own section and sign at the front of the store.  Books are face-out, with shelf-talkers written by staff members. “When you walk into the store the first thing you see are hundreds of book covers looking right at you,” Hastings said. The project has grown so much, it’s expanded into the main display area in the center of the store.

Farley’s staff  began reading and handselling more indie press titles and has also became the official bookseller for NoirCon, a multi-day noir/crime fiction convention in Philadelphia. “We did some deep research into the noir/crime fiction community and found an incredible selection of indie presses there…. Some of our employees also subscribe to hosts of literary quarterlies, which are other great avenues to discover indie press books. All of this got us thinking that we should be forthright in highlighting these presses in the store.”

Some of the presses working with Farley’s are Black Widow Press, Hanging Loose Press, New York Quarterly, and Red Hen Press. Each has its own subpage of featured titles on the Farley’s website.

The titles are marketed in several ways, including a monthly small press book club that rotates through the publishers, frequent tweets and posts on Facebook pages, and write-ups in the store newsletter. “But like any good independent bookstore, hand-selling them is our bread and butter,” said Hastings.

Farley’s has hosted a number of events featuring small press authors, including a series of ongoing free creative writing workshops, poetry readings, sidewalk signings, in-store signings, and events at local bars.  “There’s always something going on here at the store and much of it has grown out of our work with the indie presses,” Hastings said.

Customers have learned that book buying can be like record buying, where listeners come to rely on a great record label. “We’ve shown them that while they may not have heard the author’s name before, they can trust the quality of the book just because of the press it’s on,” said Hastings.

Customers have also discovered that Farley’s sells the kinds of books that they can’t find anywhere else. “In some cases, we have had to restock our small presses three times over, because we can’t keep the books on the shelves,” Hastings said. “We have had customers drive upwards of three hours to get to our store just because they heard we now stock a deep selection of their favorite press.”

Emphasizing local presses underscores Farley’s philosophy of shopping local and supporting “the artists that we love, the presses that remind us of the possibilities of literature, and the local bars, museums, theaters, restaurants, and galleries that provide spaces for public celebration of literature in all its forms,” said Hastings. “At a time when a horrible economy threatens so much, brick-and-mortar stores have the ability to revitalize the economy.”

Hastings noted that shopping locally is key to revitalizing communities. “It begins by buying locally and supporting local stores…. It begins with bookstores all across this country offering a diverse and regionally unique selection of books to their customers to create a vast array of places where readers and travelers can find incredible work. We’re called brick-and-mortar for a reason that we feel too many have forgotten:  We’re the foundation of it all.  What will stand after the trends die out.”

Hastings invites other indie booksellers to contact Farley’s if they have any questions about working with small presses.