The first annual Texas Independent Bookstore Day, held on Saturday, August 5, put the spotlight on Texas bookstores and their communities. 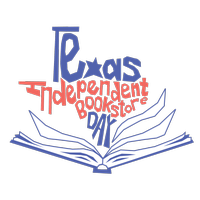 Managers at BookPeople in Austin and Brazos Bookstore in Houston helped organize the event, which was modeled on the success of the nationwide Independent Bookstore Day, held this year on April 29. Texas Independent Bookstore Day celebrates the state’s burgeoning literary scene, as well as the idea of indie bookstores as community hubs; organizers hope it will become an annual statewide event, to be held the first Saturday in August.

“It was terrific; people were in the store all day. We played Texas music really loud and gave everyone Texas beer and had a party; it was awesome,” said Rybeck. “I think customers are always excited to come into the store and see it full of people and be able to browse with a beer or some coffee in their hand. Early August is a good time for a party; it’s a good time to get out of your house and go hang out in an air-conditioned place.” 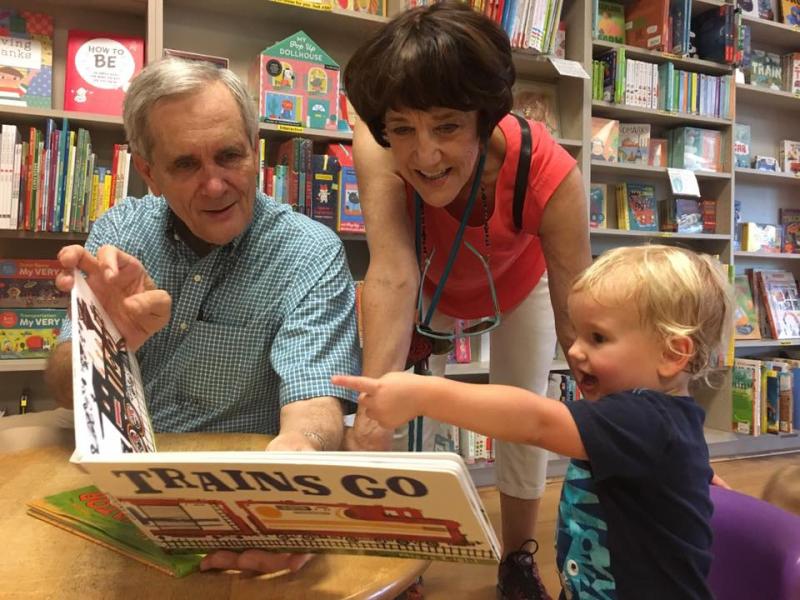 Texas is the first state to create its own state-specific Independent Bookstore Day since California Bookstore Day held its own on May 3, 2014; the event’s success led organizers to take it national the following year. This first year, Texas cities with participating stores included Dallas, San Antonio, Fort Worth, Weslaco, and Brenham, among others. All of the stores, many of which had taken part in national Independent Bookstore Day, had control over their own events.

According to Rybeck, BookPeople founder Steve Bercu came up with the idea a few years ago and had discussed it with Rybeck a few times, but it never materialized until now. Rybeck said he will soon be conducting follow-up with stores to try to find out how many took part and how the day went.

“I’ve heard great responses from other bookstores so far, so I definitely want to keep doing it,” said Rybeck. “I think it’s great because it’s not like we were trying to create a program that works maybe in Houston or in Austin but that doesn’t work for small bookstores out in smaller cities or towns in Texas.”

“The whole idea was to encourage bookstores to think about how they serve their individual communities and to shine a light on what makes bookstores special here in Texas,” he added. “We wanted to create something a little bit loose and independent in spirit so that different stores could use the day to tailor it to their own communities.” 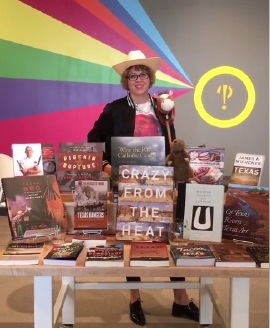 Events at Brazos, which centered on highlighting other businesses in the Houston community, featured a Texas-themed family story time, activities, crafts, a Texas-themed photo booth, a scavenger hunt, the debut of the store’s Paper and Pen Pal Club, free coffee, local beer from 11 Below Brewing, a playlist from Houston’s Cactus Music, and a vendor market with local artisans and food.

In the months leading up to the event, Rybeck said he and Abby Fennewald, BookPeople’s director of marketing and publicity, put out feelers to a few stores to see if they were open to the idea, then got the word out through Texas media, such as Houston Press and Austin.com.

“We told them this was an informal day to shine a light on everything that bookstores do here in Texas. Then I started to hear from bookstores that I hadn’t reached out to that had gotten word, and there was a lot of enthusiasm for the idea,” Rybeck said.

Events at BookPeople included story times, giveaways, a cake, a contest to guess the number of books on the store’s shelves (with the winner receiving tickets to a local production of Fun Home), a contest to create a new bookmark for the store, a summer reading wrap-up party, and an in-store scavenger hunt. Other bookstores that participated were The Twig Book Shop in San Antonio; Blue Willow Bookshop in Houston, which served Texas-shaped cookies and hosted Texas author Sarah Penrod, who promoted her new cookbook, The Urban Cowgirl (Lone Star Books); and other Houston bookstores like River Oaks Bookstore and Murder by the Book, which was offering 20 percent off on books by Texas authors.

Interabang Books in Dallas, which opened in July, hosted a Texas story time and craft activities for children as well as Texas photographer E. Dan Klepper, whose book, Why the Raven Calls the Canyon (Texas A&M University Press), was published in March, and Dallas novelist Melissa Lenhardt, who read from the first volume of her new historical fiction trilogy, Sawbones (Redhook). 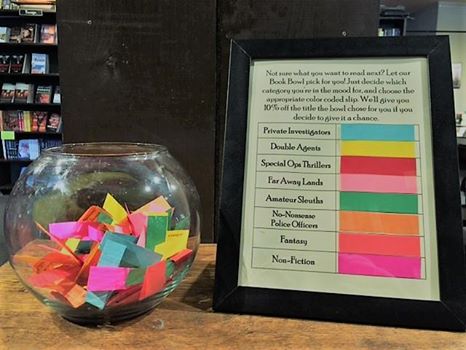 Customers at Murder by the Book could choose a book recommendation from a bowl and get 10 percent off that title.

“It was terrific,” said Jeremy Ellis, co-owner and manager of Interabang. “We had a good turnout — it was just a good reason for people to come out to the neighborhood bookstore on a Saturday. I would say it was busier than the average Saturday. We will absolutely participate next year and we’ll do more since we’ll have been open for more than a few weeks at that point, so we’ll be able to think of ways to throw a bigger and better party.”

According to Rybeck, what ultimately helped make the day a success was the fact that, in Texas, there is a wide variety among the state’s bookstores and the towns and cities that support them.

“In a way, the looseness with which we did it worked for us because it allowed stores to be flexible,” said Rybeck. “I would say that any other state that wanted to [have their own state-specific Independent Bookstore Day] should be flexible and let the stores tell you what works for their individual communities.”