The name Cultured Books was written on a chalkboard at a street festival on Saturday, October 28, but Lorielle J. Hollaway is determined that it will be printed on a sign at her own children’s bookstore one day. 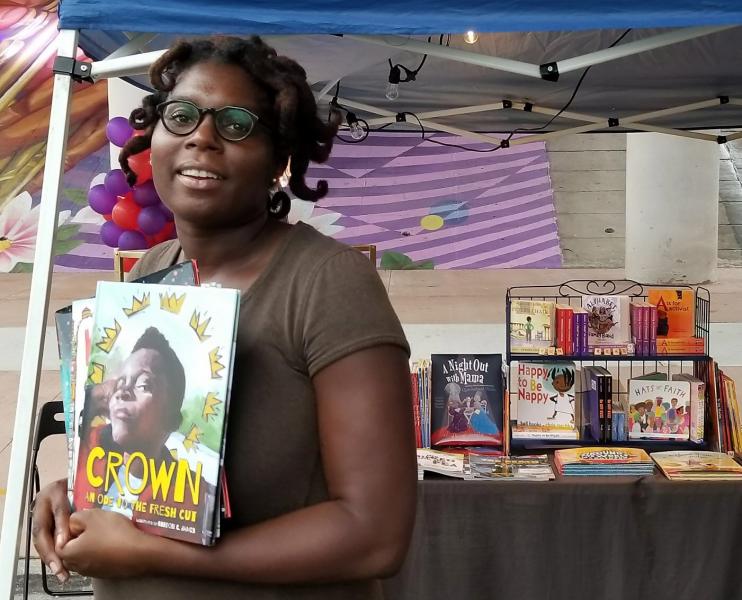 The 27-year-old arrayed 200 children’s picture books under a tent at the Soul on the Deuces Street Festival as a way to introduce herself as a bookseller to the St. Petersburg, Florida, community.

“My goal is to get the word out that I’m going to have a children’s bookstore in St. Pete, specifically on this street where I’m vending,” she said.

The festival, named after the historic 22nd Street South corridor where it was held, celebrates the African-American cultural history of the neighborhood, once the “main street” for the black residents of the city.

Decades ago, many buildings were demolished for the construction of an interstate and blight followed, but Hollaway said there’s been a push to revitalize the area and renewed attention on its cultural history as a place where jazz greats such as Duke Ellington, Count Basie, and Buster Cooper once played. “Things are happening, and I would like to be a part of that,” Hollaway said. 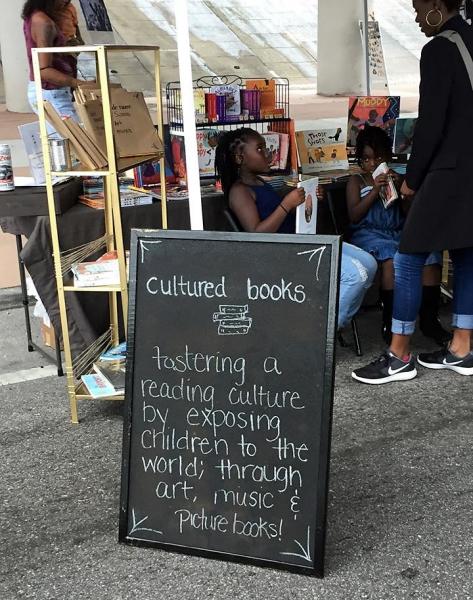 On Saturday, she talked to a several dozen festival-goers about her dreams and sold some books. “I had a goal for myself to sell 20 books, and I sold 22. I made that goal. It was a rainy day. There wasn’t a big turnout,” she said. “The people who did come were very excited and enthusiastic about supporting the bookstore.”

Those included area businesspeople, such as the owner of a local beauty supply company who spoke with Hollaway about selling titles in her store. “It was really fun. I heard from a lot of businesses who would like to do business with me,” she said.

Hollaway was also invited to create a pop-up shop at a local African American museum during the holidays. Terri Lipsey Scott, director of the Dr. Carter G. Woodson African American Museum, said she is partnering with Hollaway to provide books for a new monthly reading club for children ages six to 10. “We’re hoping to purchase the first group of books in the month of December and make them Christmas gifts so they will start off the new year reading,” said Lipsey Scott, who met Hollaway a year ago when she brought her children to the museum for piano lessons.

“This is one of the most amazing young women I’ve met in quite some time. She’s tenacious and energetic,” Lipsey Scott said. “I’m impressed with her as a mother, an entrepreneur, and an outstanding citizen in our community.”

Hollaway’s path to bookselling started in an anthropology class that she took on a whim while a student at Hillsborough Community College. “I didn’t know what anthropology was; it said ‘the study of humans.’ It sounded easy, so I decided to take it to get credits,” she said.

Her teacher’s approach to the subject, which encouraged students to find a way to get involved in the world through activism, was inspirational. “If more people took anthropology class, the world would be a better place,” she said.

She brainstormed what her own role could be and came upon starting a children’s bookstore. “My piece of activism is the bookstore. I want not to change minds, because I don’t want to believe that everybody is already programmed into thinking a certain way, but to broaden the way people see themselves and see each other, and I want to do that through books, especially for children,” Hollaway said.

Her goal is finding books that reflect a positive message about people of color. “There’s a lot of books, in my opinion, with non-white people, where the main component of the book is struggle. We’re not all about struggle,” she said.

She was also motivated to become a bookseller due to a study highlighted by multicultural children’s book publisher Lee & Low Books that revealed racial gaps in publishing. The study by the Cooperative Children’s Book Center at the School of Education, University of Wisconsin-Madison, found that among 3,200 children's books released by U.S. publishers in 2016, just 90 were by African Americans and just 265 were about African Americans.

Hollaway hopes Cultured Books will teach young people about the wider world. “Just like the name, I want children to be cultured, to know about others and their backgrounds. I want them to know that Africa is not a country, but a continent with lots of countries in it,” she said. 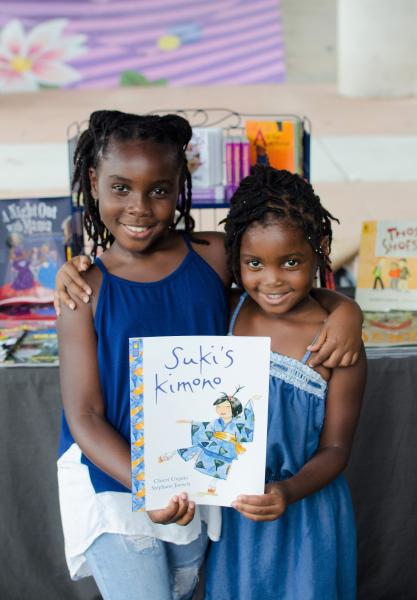 Today, Hollaway is an online student at Florida International University, studying for a bachelor’s degree in sociology and anthropology. She’s also a homeschooling mom of two girls, Nadia and Ava.

Hollaway’s children and parents were on hand at the festival on Saturday. “I was so thankful to have my parents to help me. My dad was handing out my business card,” she said.

Hollaway said she’s had a lot of help in bringing her bookstore dream to life, starting with a Google search that brought her to the American Booksellers Association two years ago. “The first step was getting a membership with ABA. After that, I joined my chamber of commerce in St. Petersburg. They have an entrepreneur program. I took a 10-week course and became a member,” she said. 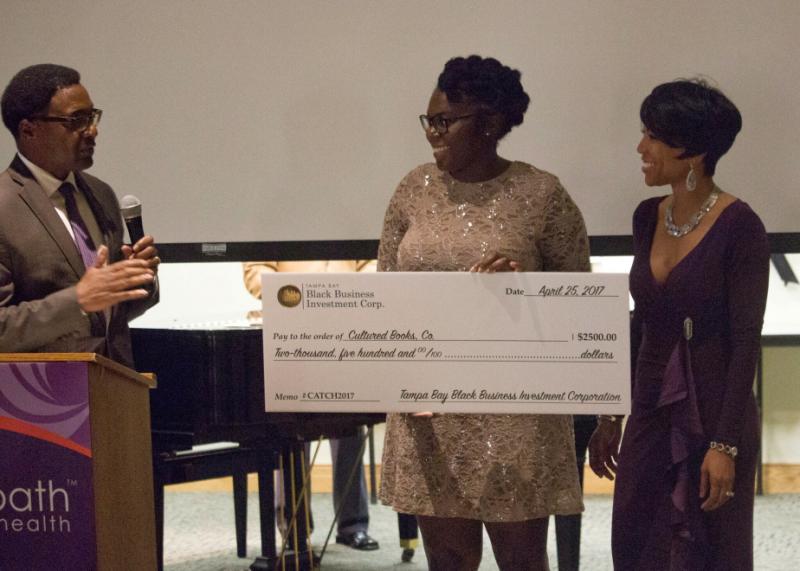 She also turned to the Tampa Bay Black Business Investment Corp. and enrolled in its C.A.T.C.H program, a 15-week course on how to operate a business. At the end, she received a $2,500 grant. “Through that grant, I was able to fund the website and also purchase books,” she said.

Next up, Hollaway will sell books at the Tampa Bay Times Festival of Reading on November 11 at the University of South Florida in St. Petersburg.

She also plans to create gift baskets with books that tell the story of different winter holidays such as Hanukkah, Kwanzaa, and Christmas, which she plans to bring to the reading festival and sell on Cultured Books’ Facebook page. “Just to keep St. Pete’s attention, I’m rolling out gift baskets for the holidays,” she said.