The former denizen of Asheville, North Carolina, moved to Florida in November 2015 with the dream of taking what she learned at Malaprop’s and starting a business of her own. To begin, she planned to set up a pop-up shop at the frequent mini-markets and larger arts festivals in St. Petersburg, starting with the Tampa Bay Times Festival of Reading and Et Cultura, an arts and technology fair where local merchants and craftspeople can rent a booth to show their wares.

“The pop-up is a marketing effort to let folks know that I’m here and that I’m working on opening the store. But what I learned is that it’s really hard on the books to be packing them up and moving them constantly,” said Walentine, who has 16 years of experience in bookstore management and events coordination. “It was looking less ideal and more labor-intensive to use that method, but then the opportunity to be in what I consider the most prime location in all of St. Petersburg presented itself and I had to jump on it.”

In late 2017, Walentine got permission to temporarily occupy a prime space in a building on Central Avenue in one of the most promising areas for retail in downtown St. Petersburg: the Edge District. Her semi-permanent pop-up opened on December 1, just in time for the holidays. 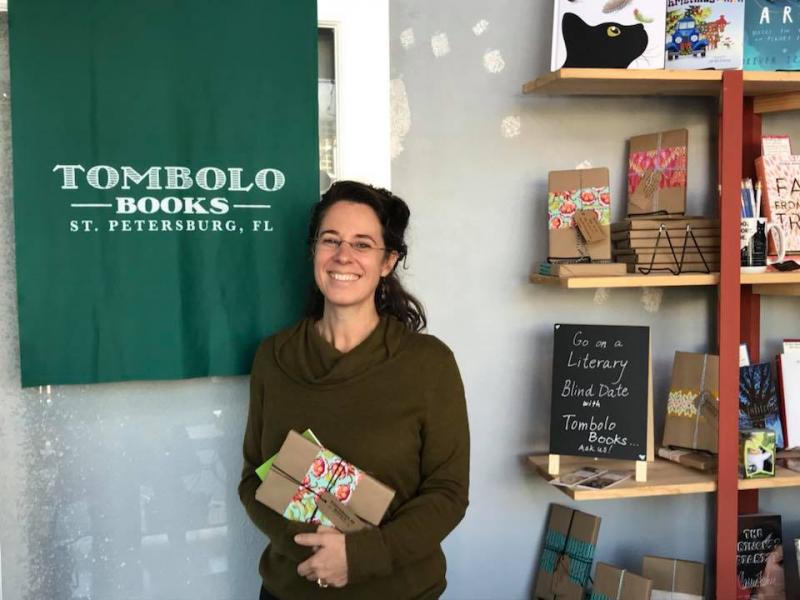 “The recently remodeled 4,000-square-foot building has a trendy and spacious arcade layout with a dozen intimate commerical spaces, each with a glass window and door,” she told Bookselling This Week.

Walentine, who currently operates the store alone, said she has also received help from other local independent bookstores in outfitting the space. She bought two bookshelves from the recently shuttered Bookmark It in Orlando, which gave Walentine a deal and delivered them for free, plus book stands and two tables from Inkwood Books in Tampa.

So far, Walentine has attempted to use the 120-square-foot space to maximum effect, featuring about 200 different titles face-out. This season, the shop also had a “blind date with a book” promotion and a gift-wrapping station, both of which Walentine has decided to keep up going forward.

As far as non-book items, she currently sells literary tattoos, stickers, bookmarks, coffee mugs, notebooks, and pencils, among other things. Tombolo has also partnered with Tampa stationery store The Paper Seahorse to sell its cards, paper products, and refurbished typewriters.

The shop, Walentine said, “did five times better than I expected at the inaugural market event at the Tampa Bay Times Festival of Reading and surpassed the sales goal that I set for the Saturday before Christmas by 30 percent.” 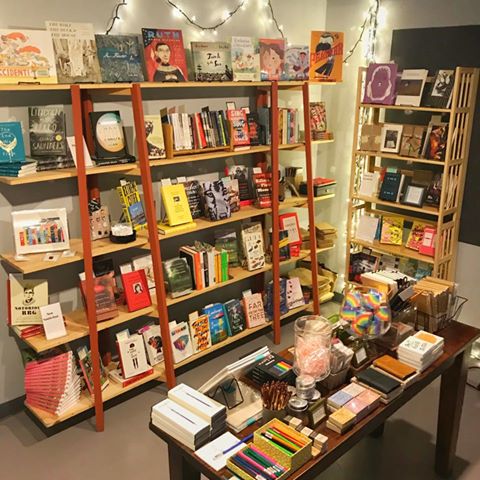 To promote her store, Walentine uses social media and sends out an e-newsletter, which recently featured a list of the store’s top 10 best-selling books of the holiday season. First on the list was a recent title from local publisher Burrow Press: We Can’t Help It If We’re from Florida: New Stories From a Sinking Peninsula, an anthology featuring 20 Floridian writers.

“For me, opening the pop-up shop was wonderful because I’ve been in my home office writing and theorizing and plotting for the past two years; it was so amazing to actually get to sell books again,” said Walentine. “The response we got in St. Petersburg has been so great. People are hungry for this.”

Joni James, former CEO of the St. Petersburg Downtown Partnership, a nonprofit that has invested in the transformation of downtown St. Petersburg, told Bookselling This Week that the arrival of Tombolo’s pop-up shop and imminent physical store has been really exciting for the city.

“Alsace has deduced just the niche that we have been lacking, even as our city has been going through an incredible renaissance: a highly curated independent book service that provides exceptional service to its customers,” said James. “It’s been fun to see her efforts mature from festival booths to a well-placed pop-up space that saw high traffic during the holidays and is already drawing repeat customers, inluding myself. I can’t wait to see what’s next.”

Right now, Walentine is carefully considering her next move, which will be to expand into a much larger space when the opportunity presents itself. In the meantime, she’s continuing to network with the locals, attending poetry readings as well as events at the local colleges and universities, and running a regular book club at a popular local yoga studio. 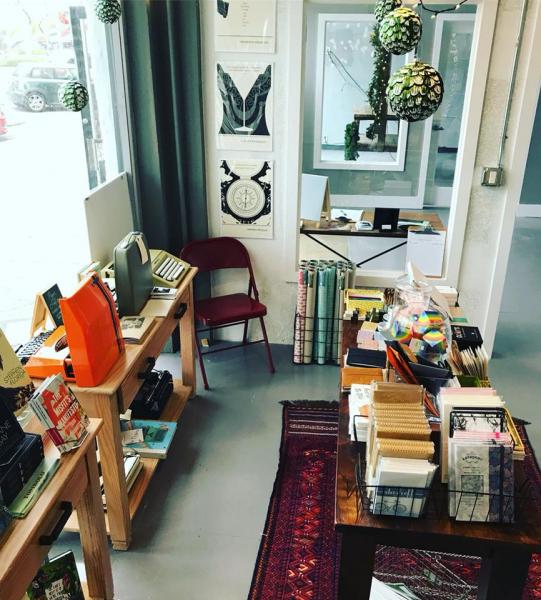 Walentine was mentored by Malaprop’s owner Emoke B’Racz and former manager Linda Marie Barrett and still has weekly phone calls with the management of Malaprop’s. While she’s getting great support from her previous and current communities, as well as family and friends, Walentine said she does miss working with an in-house team of booksellers.

“I can’t wait to have some employees to share the workload and collaborate on new creative initiatives,” she said. “But I still get that right now because of all the enthusiastic people coming in with great ideas for me.”

Check out Bookselling This Week’s previous coverage of Walentine’s journey to open a new bookstore. Previous entries were published in November 2015, April 2016, and June 2016.