Fountain Bookstore owner Kelly Justice has created a comprehensive guide that shows booksellers how to conduct a successful social media campaign, starting as early as six months in advance of an event. The guide provides step-by-step instructions to follow each month until the day of the event, book release, or target date. Recommendations and strategies are included throughout, including tips for the best social media and communications platforms to use (Justice recommends Slack and MailMunch); how to prepare for the shipping process; working with your author-partner to create a promotional strategy; and gaining valuable feedback once the campaign is over. 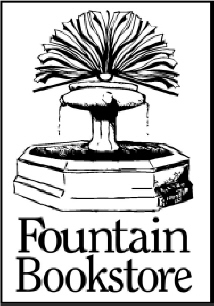 At this January’s Winter Institute in Minneapolis, the owner of the Richmond, Virginia, bookstore appeared on the education panel “Converting Social Media to Sales,” where she discussed what she has learned through trial and error during years of hosting events.

“I think everybody who attempts social media promotion is familiar with the feeling of sending something out there into the universe only to be met with a resounding, almost deafening, silence,” said Justice. “It’s something you’ve crafted and worked hard on and gotten excited about and are fully behind, only to find that nobody’s listening to you.”

When it comes to implementing a successful social media plan that will earn your store money, Justice said a key element is partnering with an author who inspires you and your team. At the start of her foray into social media campaigning, Justice decided to stage a series of Civil War programs, because she assumed the topic’s local popularity would surely be lucrative. This project was bound to fail and did, Justice said, because she was not personally passionate about the topic.

“I lost a lot of time, and I wasted a lot of other people’s time, trying to make something happen that wasn’t going to happen,” she explained. “This has been the case any time I’ve tried to force something. Your staff has to be on board. Whether or not they are personally into the books, they have to at least feel that you care and that you find it a valuable use of your time.”

Fountain’s approach to sales-generating social media campaigns is always evolving, Justice said, and the store continues to experiment with various ideas for events and publicity; for example, Fountain is currently working on promoting a Facebook Live event on April 18 with Laura Kaye, author of Ride Rough (Avon, April 25).

Booksellers who choose to funnel their staff’s energy and resources into running a full-bore social media campaign have nothing to lose but time, said Justice, who noted that one of the most rewarding things about the campaigns is the ability to continue building relationships with customers beyond the walls of the store. When a campaign is nearing its target date, Justice said she makes sure to put aside a substantial amount of time to respond to customer communications on orders and other concerns.

“Bookselling as relationship-building is something that you can carry into your online presence,” said Justice. “It doesn’t disappear just because you are sitting in front of a screen or an iPhone instead of in the shop or at an event. It’s all the same if you choose it to be. I think for booksellers who are asking why they should give social media campaigns a try, it’s because you get that same high that you do from building that relationship in your store.”