Last month, 23 community members in the small Northern California town of Gualala became the owners of Four-Eyed Frog Books. The Frog, as it’s referred to by locals, was opened in 2003 by Joel Crockett, who decided earlier this year to put the store up for sale and relocate to Southern California. 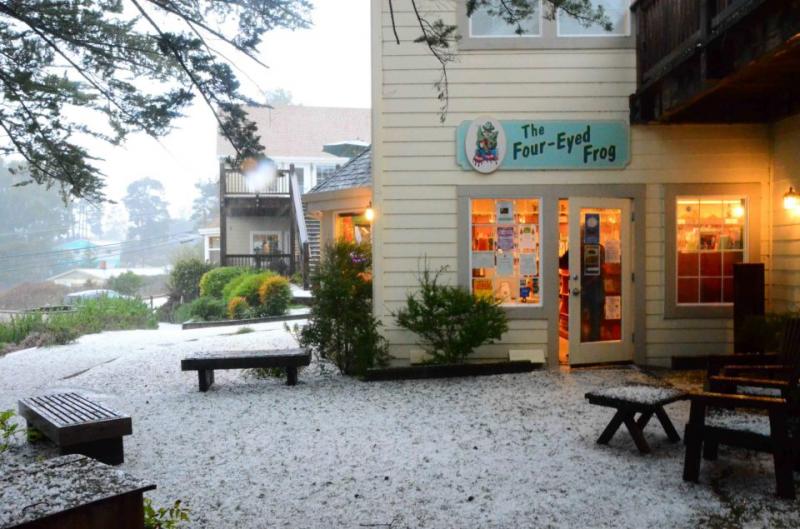 Located on the Pacific Ocean, the town of Gualala is a draw for artists and tourists. Open seven days a week, the 1,500-square-foot bookstore, which caters to both residents and visitors, serves as a true social gathering place, said Karen Dotson, one of the store’s shareholders and the secretary for the new community-owned corporation.

When the store went up for sale this spring, there was plenty of enthusiasm within the community to keep the Frog’s doors open, but no single owner emerged, said Dotson.

Crockett hosted a community meeting at which he shared honest information about what owning and operating an independent bookshop entails, as well as details about the Frog’s sales and financial history. “The idea of a community-owned bookstore was born from that meeting,” said Dotson.

Community members came forward to invest amounts between $250 and $15,000, but few had time to devote to running the store. Longtime customer Rachel Turner was hired by Crockett to take on the role of store manager to keep things running smoothly. 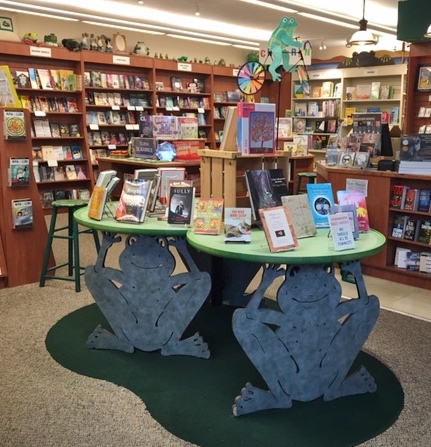 Local retired corporate lawyer Michael Bray helped figure out how to structure the new community-owned bookstore and processed all of the necessary paperwork. “Michael graciously donated his time and legal expertise to make the sale of the Frog a success, and in July the newly structured Frog was formed,” said Dotson.

The new business, she said, is “truly a community-owned bookstore, with passionate new owners, a strong leadership team assisting the general manager, and an active board of directors.”

The Frog’s shareholders are a diverse group: some live full-time in the area and others part-time, but all share a passion for keeping the bookstore open and thriving, said Dotson, who volunteers her time working in and helping to manage the store.

Others serve on its board of directors, volunteer storage space, help with events, or offer moral support along with their financial contributions. Additional staff and volunteers, many retired, share the workload at the Frog.

Though the store has officially changed ownership, Crockett has invested as a shareholder and will serve as a consultant to the store, sharing his expertise, wisdom, and book knowledge. “As the founder of the bookstore, I couldn’t be more pleased that Four-Eyed Frog Books is in a strong position to continue growing with a devoted and talented team in one of the finest communities one could ever be a part of,” he said. 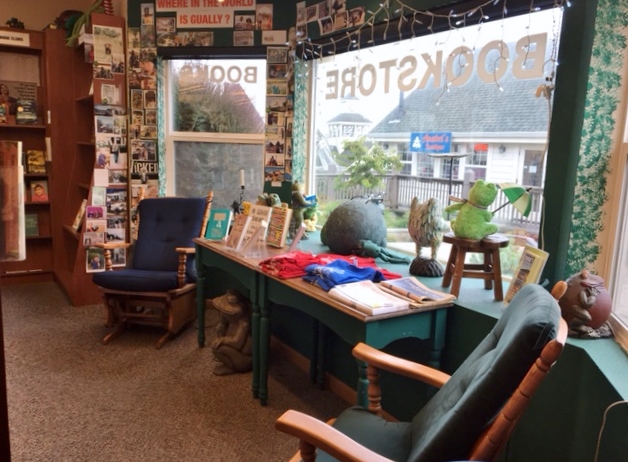 The Frog’s inventory features bestsellers and classics in all genres as well as greeting cards, puzzles, coloring books for children and adults, and games. The children’s section, maintained by a volunteer with a passion for children’s books, is one of the most popular areas of the store. The store also offers free Wi-Fi, complimentary coffee, comfortable chairs for reading, tables for doing puzzles, and author events.

However, “the first thing you’ll notice when you walk through the Frog’s doors, aside from the amazing array of books, is the fascinating collection of frogs, all of which have been gifts from friends of the bookstore,” said Dotson. “They are literally everywhere, and somehow people seem to feel happier among all these frogs… The Frog is so much more than just a bookstore.”