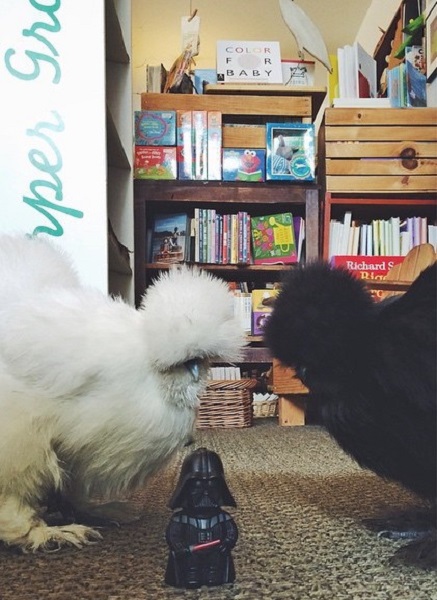 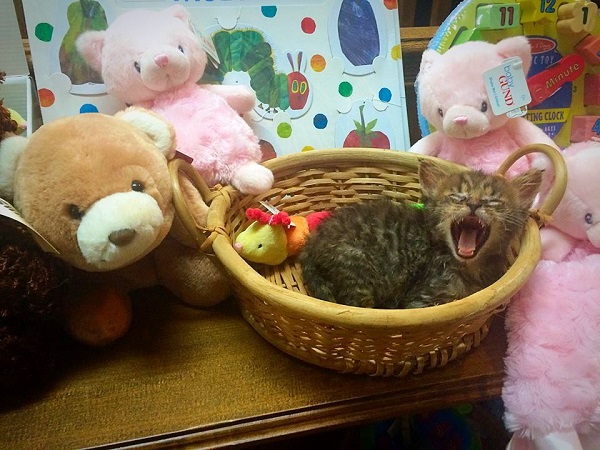 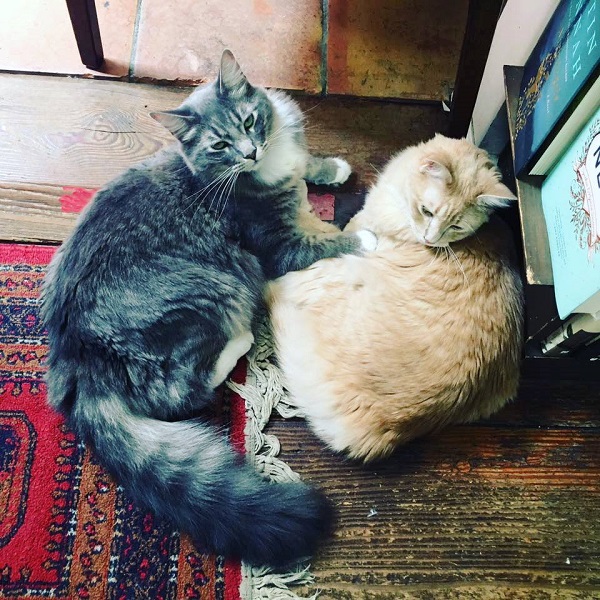 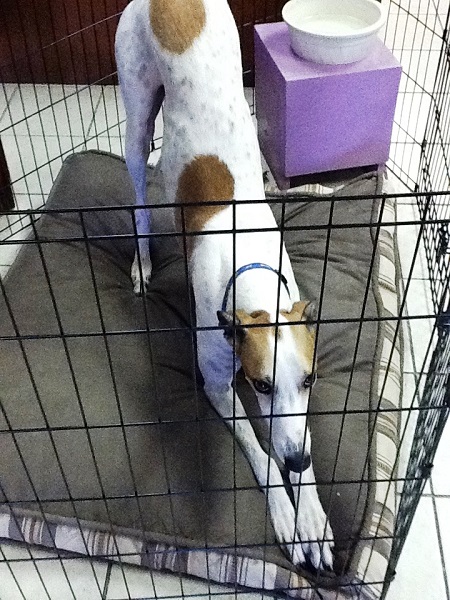 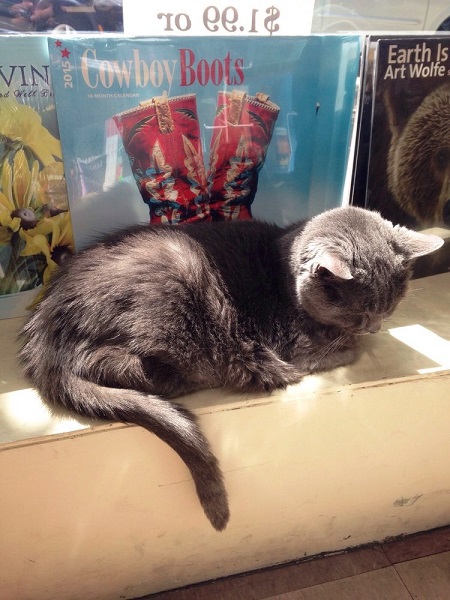 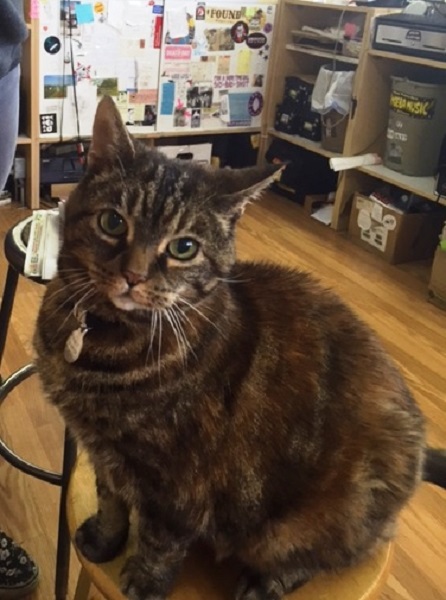 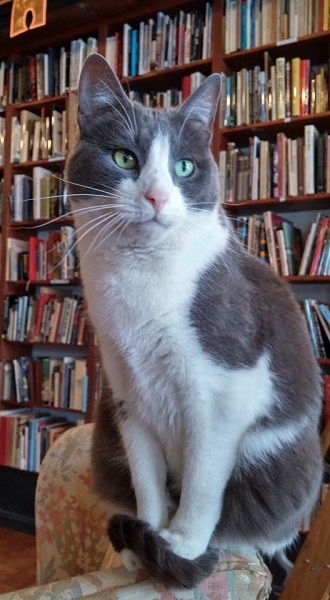 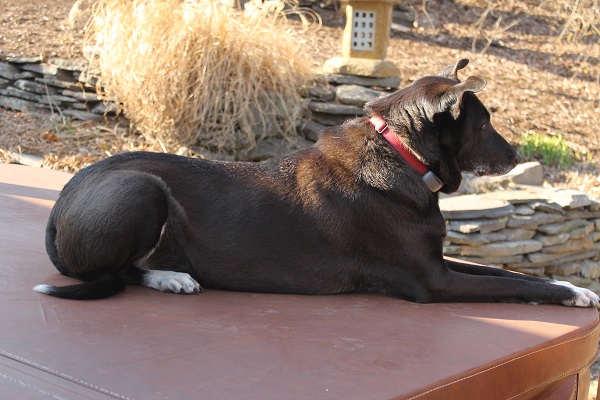 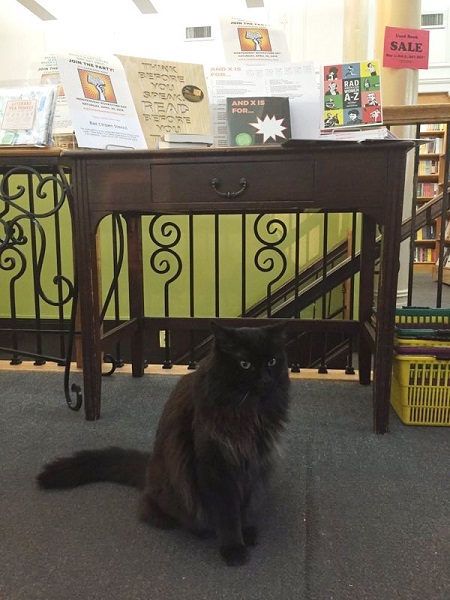 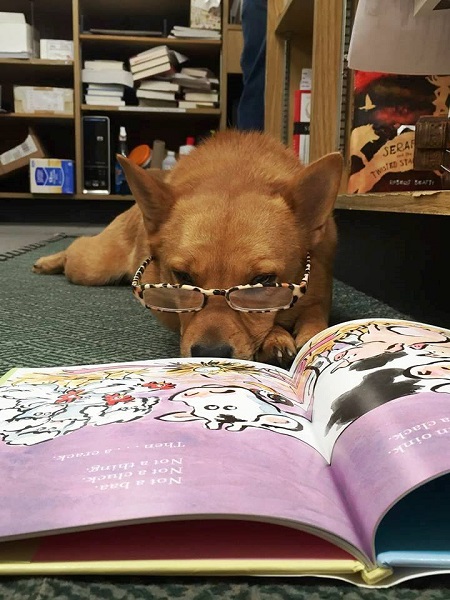 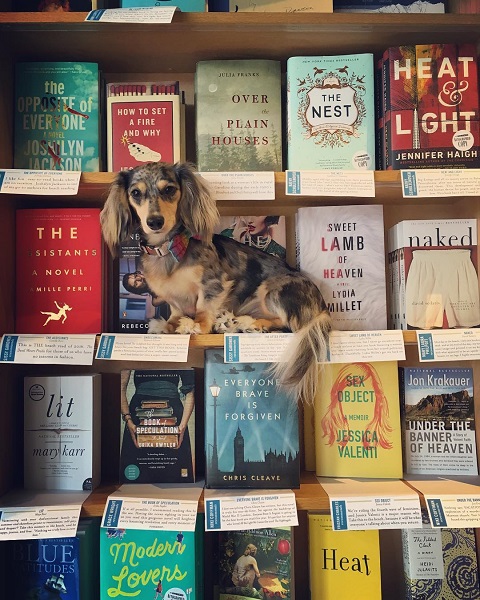 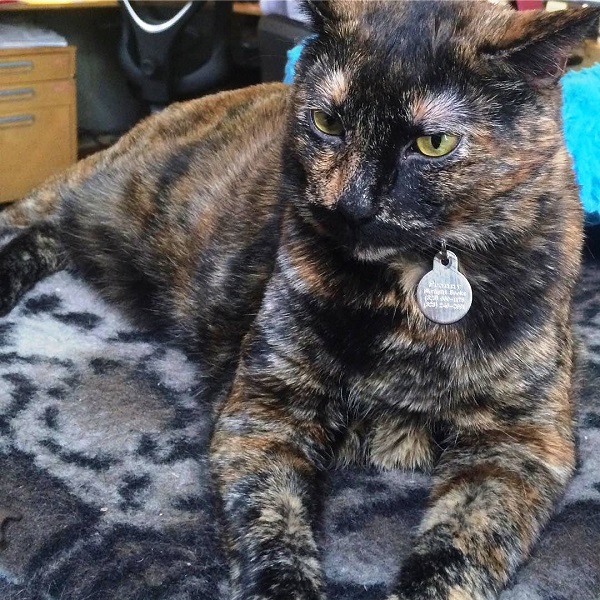 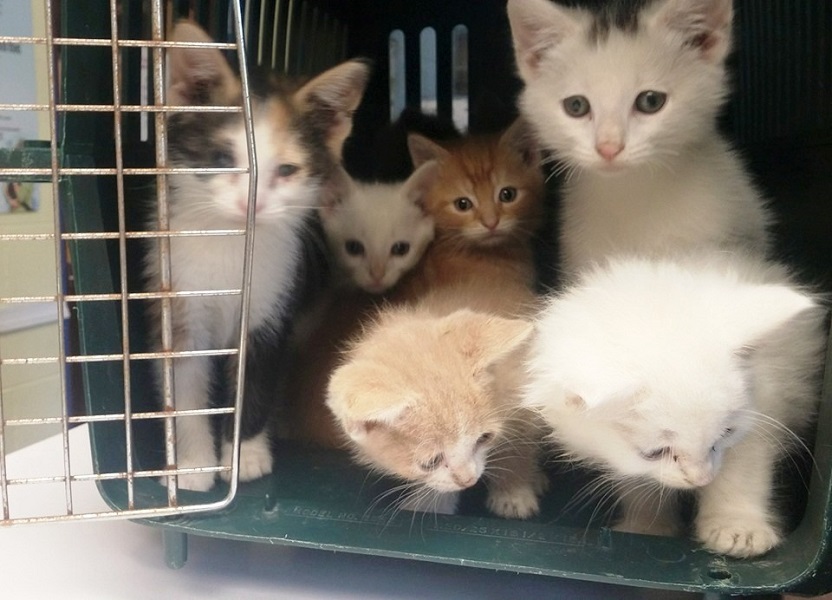 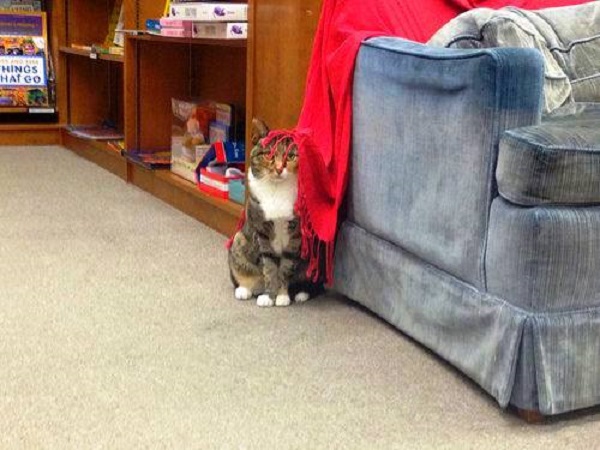 With bookstore companions ranging from cuddly cats and friendly dogs to guinea pigs, birds, and potbellied pigs, indie booksellers around the country foster a sense of warmth and community in their stores while also setting themselves apart. Bookstore pets — like the collection of chickens, ferrets, chinchillas, and more at Wild Rumpus in Minneapolis or the litters of kittens looking for “furrever” homes at Horton’s Books & Gifts in Carrollton, Georgia — inspire an extra smile from customers browsing the stacks for their next great read.

One-year-old cats Mr. Eliot and Bartleby have become favorites at Savannah, Georgia’s E. Shaver, Bookseller, as well as on social media, said store owner Jessica Osborne, who picked up the two fluffy, long-haired rescue cats at a veterinary office last year. Now, people frequently wander by the shop to visit the cats or to snap photos of them to share on social media.

“I just love cats. And they are just fabulous marketing tools,” said Osborne. “We really lucked out because they are the nicest cats ever; they’re super friendly. You can pick them up and carry them around. They give the store a warmth… They’ve really been a joy.”

That joy extends not only to Osborne and her staff, but also to the college town and tourist destination’s residents and visitors. Many people wander in because they miss their pets back home, said Osborne. “You can tell they’re homesick. We have surrogate cats for them.”

In its previous iteration, Tucson, Arizona’s Clues Unlimited was called Footprints of a Gigantic Hound and was home to an Irish wolfhound, among other animals, said current owner Christine Burke. In keeping with that legacy, Clues Unlimited has welcomed bookstore pets from the start, including a guinea pig named Emily and a bird that screeched at customers when they took books off the shelves.

When Sophie the potbellied pig arrived, customers were enthralled. “She was a huge hit. People would come and sit on the floor and pass Sophie around. She thought that was so cool,” said Burke, but by the time Sophie reached adulthood, she was 200 pounds. “She actually didn’t mind coming to the store, but it was becoming more and more of a hassle to get her into the car.”

Now, customers at Clues Unlimited are greeted by Bosco the greyhound, a sweetheart of a dog who remembers every customer who has ever given him a treat. Because greyhounds are notorious for getting loose, Bosco stays in a corral, where customers have the option to visit with him.

“Even if I weren’t a pet fanatic, I would probably [have a bookstore pet] because it brings in so many people; it makes me stand out from other stores in Tucson,” said Burke. “I think that the more you have relationships with people, the better things go. They’d rather go out of their way to come here than click on Amazon.”

Clues Unlimited also regularly hosts events in cooperation with animal adoption agencies, including a pig sanctuary, the local Humane Society, and the Southern Arizona Greyhound Adoption. The events bring in people who might not otherwise visit and who then stay and browse, said Burke. “It’s valuable. It’s doing well by doing good, and it’s always fun.”

Pegasus Books in downtown Berkeley, California, is home to a gray cat named Bean and a tortoiseshell cat named Parit. Ginger, a tiny dog that belongs to the store manager, is also often found around the store. “On certain days, I’ve sometimes thought they were our most popular staff,” said store owner Amy Thomas.

Parit was brought to the bookstore to fend off mice, an organic pest control solution that came by way of an employee who had inherited her. “She’s just been a very loved member of the staff,” said Thomas. Bean became part of the bookstore family when a staffer married someone severely allergic to cats.

The two mild-tempered cats lounge around on the store’s couch, in the back room, and in the front windows, which causes passers-by to do a double-take. Only a couple of times has staff heard comments about allergies, as they always keep the store thoroughly and regularly mopped and scrubbed. “We just decided it’s a public place and one of the nice things about having your own business is you get to make your own rules,” said Thomas.

Otis the cat is a popular member of the Loganberry Books staff, said owner Harriett Logan, who discovered him across the street from the Cleveland, Ohio, bookstore in 2008. Since his adoption, Otis has also launched his own Twitter account, where he goes by the name Otis Squee Petunia.

At the end of the day, Otis goes home with Logan, who walks to and from the store with a pet carrier on her shoulder. “We have negotiated a firm contract that includes Sundays and holidays off, construction or special events days off, as well as the occasional open-door day at Loganberry or days where Otis plays chase at home and wins, thereby assuring himself a hooky day,” she said. “But he is here most days and has an avid fan club. His chief jobs include greetings, promotion, and cheer.”

Logan did offer a bit of advice to booksellers considering acquiring a bookstore cat: “Train your cat to enjoy strangers and not shred the furniture. And comb him often,” she said. “Also, allow him free rein to promote the store as he sees best, including social media and postcards, advertisements, or tchotchkes with his likeness, and comfy places to hang out in the store.”

At Black Dog Books in Newton, New Jersey, owner Catherine Cassidy leaves a water bowl outside for dogs passing through the neighborhood. Inside, Yeava (a black dog, of course) greets customers.

Yeava is not Cassidy’s first bookstore dog. Now 19 and at home most days, Heidi the dog served as Cassidy’s companion and greeter in a bookstore she managed for several years. “Regular customers knew her well and children, in particular, enjoyed her. Often, customers brought in treats and even Christmas gifts for her. Not all customers paid attention to her, but she would always go and offer a quiet greeting,” said Cassidy.

Yeava was found as a puppy in Baghdad, Iraq, by Ukrainian contract workers and raised on a nearby base. In 2012, an American contract worker brought her back to the U.S. and gave her to Cassidy. Now a familiar face at the store, Yeava is curious and social around people, and she often follows customers around for a bit, looking to be patted on the head. “Though I am aware that not everyone is comfortable with dogs, I find that customers often become more talkative and see me as more approachable,” said Cassidy.

Some customers who enter the store will quickly notify Cassidy that they are “cat people,” she added, which is perfectly fine with her — she loves cats, too.

Booksellers are invited to share stories and photos of their bookstore pets with Bookselling This Week for future coverage.