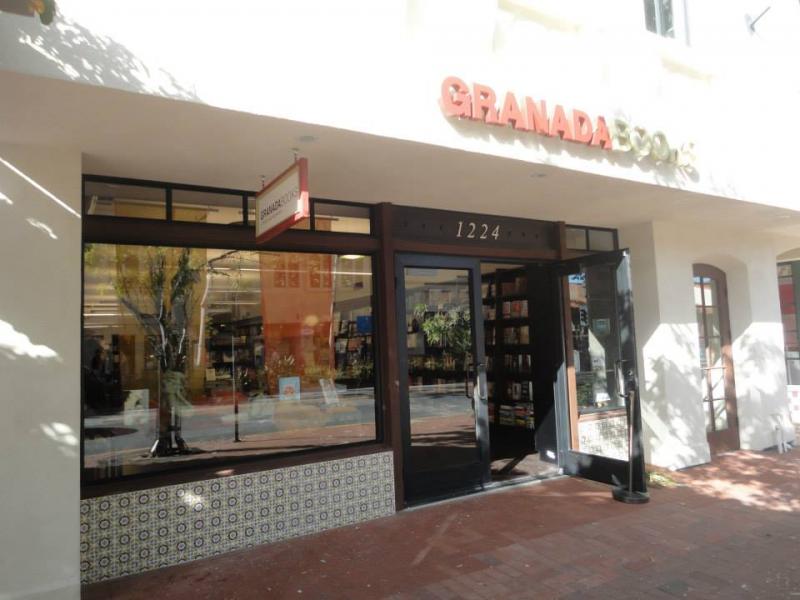 On June 20, Granada Books kicked off its first day in business in downtown Santa Barbara, California, with a party for 600 people. With a line spilling onto the sidewalk, plates of cake were passed to those enjoying the celebration from the outside, as a band played in the 3,000-square-foot bookshop.

“To me, it was an indicator of how much people missed this community resource,” said co-owner Sharon Hoshida, who, with business partner Emmett McDonough, brought Granada Books to life.

Both Borders and Barnes & Noble shuttered their stores in the city, one right after the other, in 2011. “In one month, we lost over 50,000 feet of bookstore, just like that,” said Hoshida. Struggling with the fact that the area, which has seven higher education facilities and a strong technology industry, didn’t have a community literary institution in its downtown retail core, Hoshida and McDonough began exploring the possibility of opening a bookshop.

Longtime family friends and Santa Barbara residents, Hoshida and McDonough combined their strengths — McDonough’s as a former business executive and Hoshida as a community activist and retired program director for the University of California, Santa Barbara’s Women’s Center — and began working with The Bookstore Training Group at Paz & Associates in March 2012.

With a plan to make the bookstore a literary and cultural center with a special focus on events and activities programming, the owners received guidance and direction from Paz & Associates, including design assistance, weekly calls to keep Hoshida and McDonough on schedule, and help with securing staff. “Without them, we couldn’t have done it,” said Hoshida.

In addition to joining the American Booksellers Association, Hoshida and McDonough signed up for membership with the Northern and Southern California independent booksellers associations, and they attended Winter Institute 8 to get to know fellow booksellers. 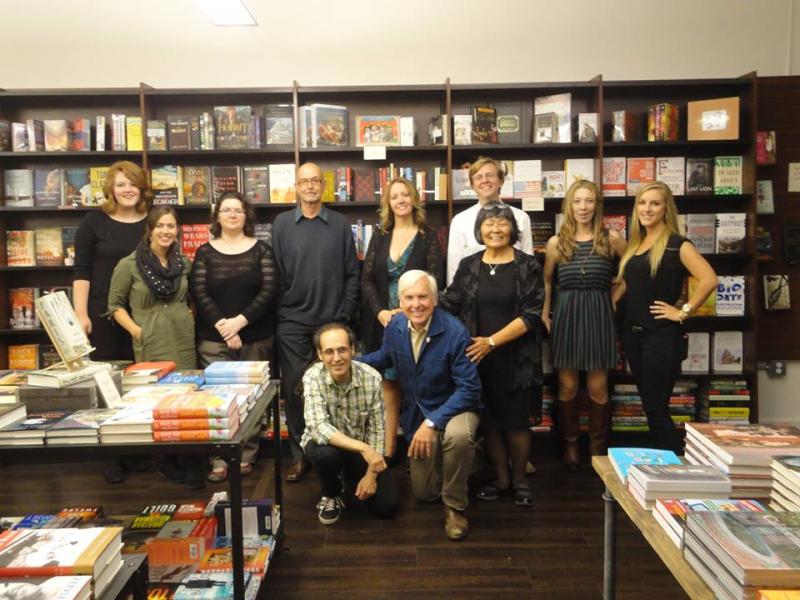 They have also hired two managers that will be partners in the business: Mark Zolezzi, the former buyer and coordinator for the Miami International Book Fair, whom they met in Florida during their Paz training, and Andrea McCormick of Texas.

The store opened at 1224 State Street in Santa Barbara, three doors down from the iconic Granada Theater, whose name the store proudly shares. With more than 2,400 restaurants in the neighborhood and foot traffic from the theater, Granada Books sees customers throughout the day and keeps its doors open until the last strollers go home after dinner, sometimes as late as 11:00 at night.

Boasting 20,000 titles, Granada Books stocks children’s titles, local and regional works, general fiction and nonfiction, and manga. One wall features independent bestsellers and a table at the front of the store is dedicated to regional picks, on topics from the mountains and hiking to fishing and the ocean, telling of the city’s unique geography. “The way you know you’re in Santa Barbara is that anywhere you look, you will see a pine tree and a palm tree,” said Hoshida. “It’s a beautiful community.”

In its efforts to engage the community, Granada Books has focused on developing relationships with local literary groups and authors as well as literacy programs. As the store was designed with events in mind, the shelves are set on wheels in order to easily tailor the space to the activity, and it has already hosted quite a few events considering its short life, said Hoshida.

Currently, the store hosts the Poetry Zone, a monthly group that brings in a local poet and an out-of-towner for a two-hour poetry session.

The store had great success with Find Waldo Local, which ran during July, its first full month in business. “It helped us to get to know our neighbors,” said Hoshida. “It helped drive some traffic into their stores, and we got to prove ourselves to be a good neighbor.”

Granada Books also gives local authors the spotlight. “Right now, we’re doing a lot of work with local authors and giving them space to be recognized,” said Hoshida. Though the store does many of its events in-house, it has partnered with the local library for larger events.

Santa Barbara’s summer reading program also brought readers to Granada Books. With a donor’s support, Granada supplied books as rewards for participants in the program. A certificate for a free book was given by the library to children as they tallied up the books they read. “We’re really encouraging them to realize they can own their own books and have their own library,” said Hoshida.

The store’s space extends into a courtyard behind the shop, and Hoshida and McDonough are in the process of forming a nonprofit that will raise money to build the courtyard into a garden and outdoor performing venue for 70 to 100 people.

“We really envisioned this being a hub of a community,” said Hoshida, who is very happy with the work the store has done so far in Santa Barbara. “What we wanted to do at this point in our lives is to bring the treasure back into being in a bookstore.”