Green Apple Books music buyer Johnny Igaz, a featured performer at an Oakland, California, warehouse destroyed by a fast-moving fire last Friday night, is being remembered for his charisma and passion by colleagues and friends at the bookstore.

The massive fire, which broke out during a dance party, also claimed the life of Counterpoint Press administrative assistant Nick Gomez-Hall, 25.

At least 36 people were killed by the fire at the “Ghost Ship,” the two-story warehouse that was home to artists’ studios and illegal living spaces. The 34-year-old Igaz was performing that night as a DJ under the name “Nackt.”

A post on Green Apple’s Facebook page last Saturday urged anyone who had heard from Igaz to contact the store, which has two locations in San Francisco, Green Apple Books and Green Apple Books on the Park. On Tuesday, the store posted a second message on Facebook in tribute to Igaz, whose death was confirmed by the Alameda County Sheriff’s Office.

“While Johnny had only been with us at Green Apple for a few months, one thing that we all know for certain is how we fell head over heels for Johnny in such a short time. His charisma and passions were instantly engaging, and he had a welcoming composure that made everyone feel like a friend. He told us (and his brother Paul confirmed it) that this was his dream job. (If you didn’t get to know him, here’s a taste of his craft/art/passion: https://soundcloud.com/nacktmusic.) 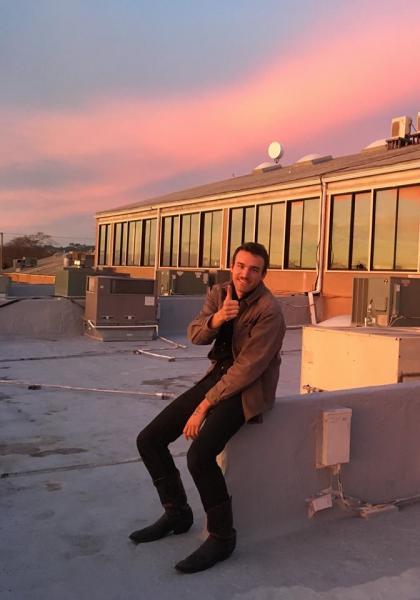 “We’re doing our best to keep the shelves stocked and customers pleased, as Green Apple must carry on to support this family, but we do so with heavy hearts. The staff here has shown incredible grit, and we are doing our best to support each other and grieve in shifts, in our own ways, at our own paces. Many have offered support or help — we understand the desire to do SOMETHING, and we are grateful for the love and sympathy.”

Green Apple’s message went on to state that the store would soon have a place inside to post remembrances, but encouraged customers, for now, to “just be kind to Green Applers and all your loved ones.” The post concluded with a message of love for Igaz’s family, friends, and everyone mourning those lost in the Ghost Ship tragedy.

“Counterpoint is devastated over the loss of our co-worker and dear friend Nick Gomez-Hall due to the Oakland Ghost Ship fire. From the second Nick started at Counterpoint, he became part of our family. Whether he was recommending new music to listen to (and it was always so good), regaling us with tales of the bowling alley, offering his beloved truck for a ride if anyone needed it, or sharing his much appreciated opinions about a book jacket or manuscript, he made everyone feel like they were his friend. He was kind, considerate, hilarious... In short, he was an essential part of our team.

“We send all of our love to Nick’s family and friends and hold our treasured memories of him deep in our hearts. Counterpoint mourns the loss of an extraordinary co-worker and a true friend…. Rest in peace, dear Nick.”