On April 15, the Wichita Business Journal published a guest column by ABA Board member Sarah Bagby, of Watermark Books & Café in Wichita, Kansas, in which she questioned the state’s economic policy in providing an out-of-state competitor with subsidies. 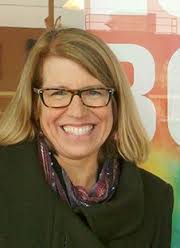 The column, “Kansas’ deal with Amazon a slap in the face to small businesses (subscription required,” was prompted by the news that Amazon will be awarded tax incentives to open a facility of more than 822,000 square feet in Edgerton, Kansas. According to the company, the distribution center will create approximately 1,000 jobs.

In the column, Bagby wrote: “I think all the [media] updates have missed the real story: How many thousands of jobs ultimately will be lost because of Amazon’s growth in the state?... Let’s look at other states where Amazon has opened facilities in exchange for tax deals. If the results there are anything to go by, Amazon will end up costing our region and state quite a bit while providing very little in return.”

To entice the online giant to open the facility in Edgerton, Kansas agreed to pay $1.8 million in road improvements, and the Kansas Department of Commerce has granted incentives to Amazon for its facility.

While that may be good news for Amazon, the recent study “Amazon and Empty Storefronts,” commissioned by the American Booksellers Association and conducted by Civic Economics, “makes clear that this facility is a very poor long-term investment,” Bagby wrote.

“Those who say they support job creation should then stop rewarding large, corporate chains,” Bagby said. “The job creators in this country are small businesses. In 2014, small businesses created nearly two million of the roughly three million private sector jobs generated, according to data from the Small Business Administration. More than seven million of the 11 million jobs created during the nation’s economic recovery have been generated by startups and small enterprises, SBA reported.”

Bagby called on her state lawmakers and city officials to provide more than “lip service” to small businesses and “instead, support them with policies and regulations that foster smart growth. And as a hard-working small business person, at the very least, my elected officials should stop asking me to subsidize my own competition.”