Just in time for tomorrow’s celebration of Valentine’s Day, Bookselling This Week reached out to indie booksellers for photos of marriage proposals that have taken place in their stores over the years. Here are some of the best: 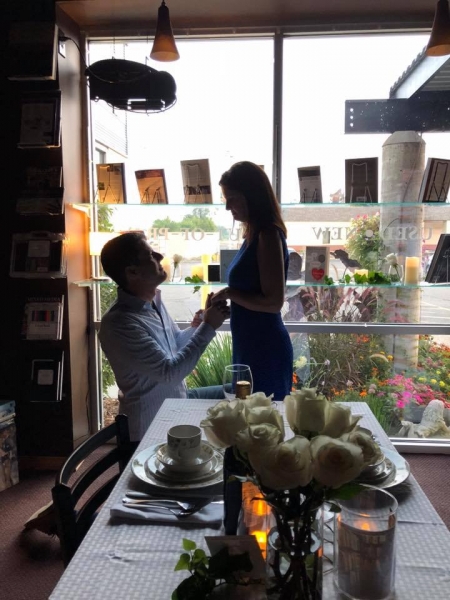 Scout & Morgan Books in Cambridge, Minnesota, owner Judith Kissner said, “This post on Facebook about the wedding proposal was our most successful ever with almost 14,000 views and nearly 3,000 engagements. As a business owner, it makes sense on so many levels — strengthening our relationships with customers and adding value to their loyalty to our store, bringing people in who might not have visited before, reminding everyone that we are an important part of the fabric of the community — and it's all around great PR and word-of-mouth.”

“I met with Peter a number of times prior to the evening to hear his plans and work out the details of what he needed in terms of space and how I would need to reset the store to make it all come together," said Kissner. "He and a good friend of LeAnne, his soon-to-be fiancee, brought food for their dinner, a table and glassware, and various decorative items such as photos and flowers. I pulled books from around the store that I thought complemented the event and displayed them close by. Peter had spent a lot of time working out every detail of how he envisioned his surprise proposal.” 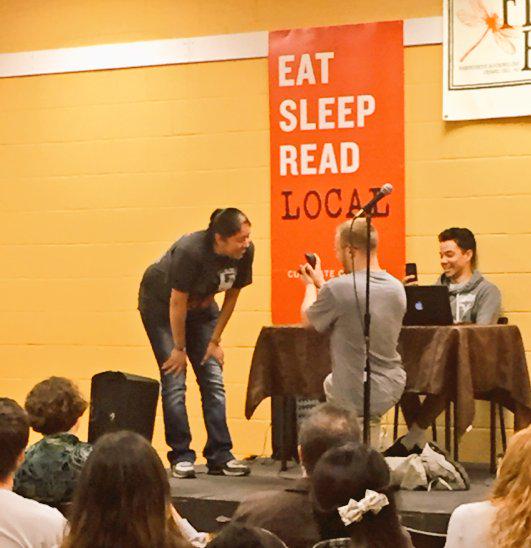 From a 2015 installment of ABA's Around Indies: “Last week at Flyleaf Books in Chapel Hill, North Carolina, one attendee of the bookstore’s poetry slam was treated to a big surprise when she received a marriage proposal on stage, in front of a full audience and the iconic 'Eat Sleep Read’ IndieBound poster.” 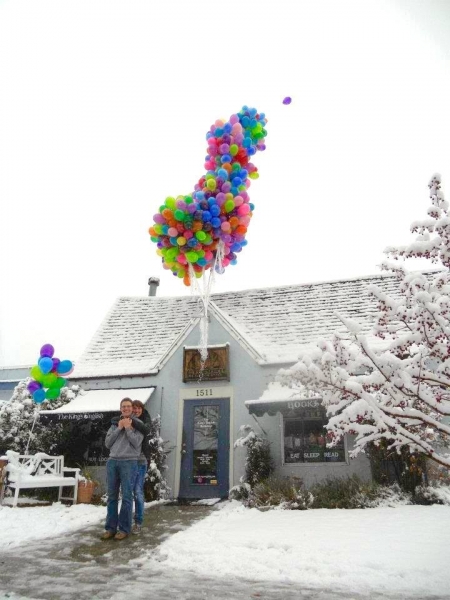 The King's English Bookshop in Salt Lake City, Utah, posted this throwback on the store’s Facebook page. Co-owner Anne Holman said, “This was one of the most fun for sure. They have two children now and shop in our store. He not only tied balloons to the roof, he made her a book like the one the young man made in the UP movie, and it was on the bench in our fiction room (also entirely filled with balloons) with the ring.” 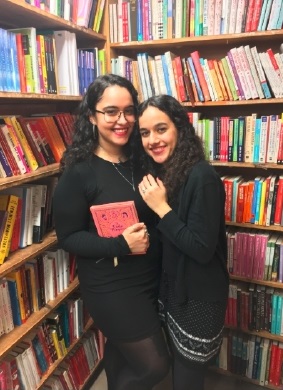 From the Twitter page for Strand Book Store in New York City: Strand Communications Director Leigh Altschuler said, “This engagement happened the way most engagements at Strand do. I received an e-mail from a nervous and excited Melanie, asking if she would be able to propose to her girlfriend here. She specifically wanted to propose in the French-language section and sent over an image of A Little Princess by Frances Hodgson Burnett, as she would be bringing it as part of this special occasion. However, the book would be hollowed out with a heart-shaped box, inscribed with 'Ma belle, will you marry me?’ Melanie explains that the two typically separate during their time at Strand and meet back up at visit's end to share the treasures they found along the way. This copy of A Little Princess would be disguised as such. Melanie proposed and her girlfriend said YES in front of the French-langage section in Strand’s underground. The thrilled couple sent over a follow-up photo with thanks.” 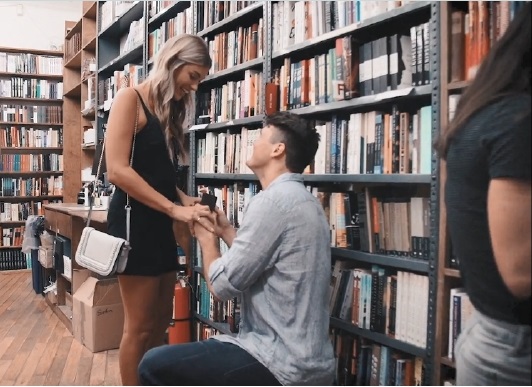 This video shows Taylor’s proposal to Amanda at Strand. The store is also frequently rented out for weddings and photos of some of them are collected in an online gallery. 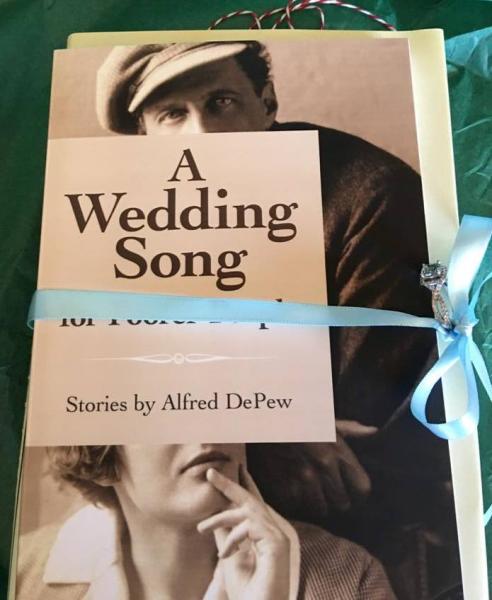 From ABA's Around Indies: “A subscriber to Left Bank Books’ This Just In Monthly Book Club subscription service was surprised when this month’s pick, A Wedding Song for Poorer People: Stories by Alfred DePew (Mixed Messages Press), arrived with a diamond ring attached.” 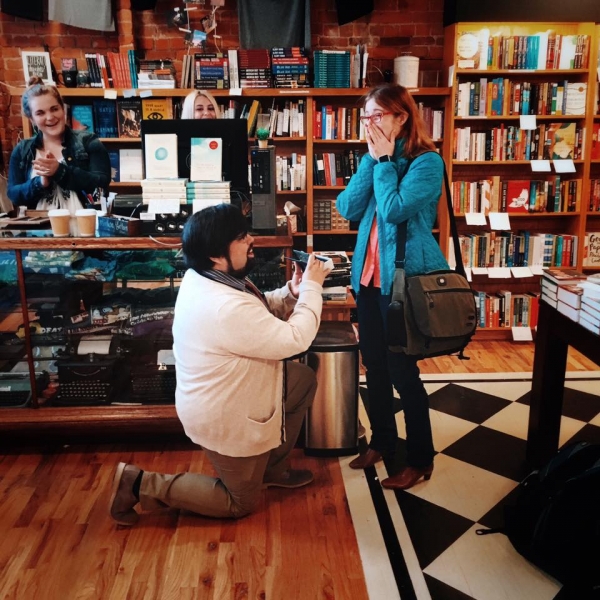 About the proposal pictured in this 2016 Facebook post by Literati Bookstore in Ann Arbor, Michigan, co-owner Mike Gustafson wrote, “When people choose to express their love in a bookstore, for me, it feels validating. I think most bookstore owners aim to create a warm, welcoming space, a place where new ideas flourish and lives are changed for the positive. Obviously I’m biased because I'm married to our bookstore's co-owner [Hilary Gustafson], but I feel like there’s no better place to co-write a life’s new chapter than inside a bookstore. Over the years, we have had a handful of proposals, one of which was typed on our store’s typewriter and documented inside our book, Notes From a Public Typewriter. It means a great deal to me when people choose to share this important moment as well (hint, hint, for anyone reading along and planning a future engagement surprise...).” 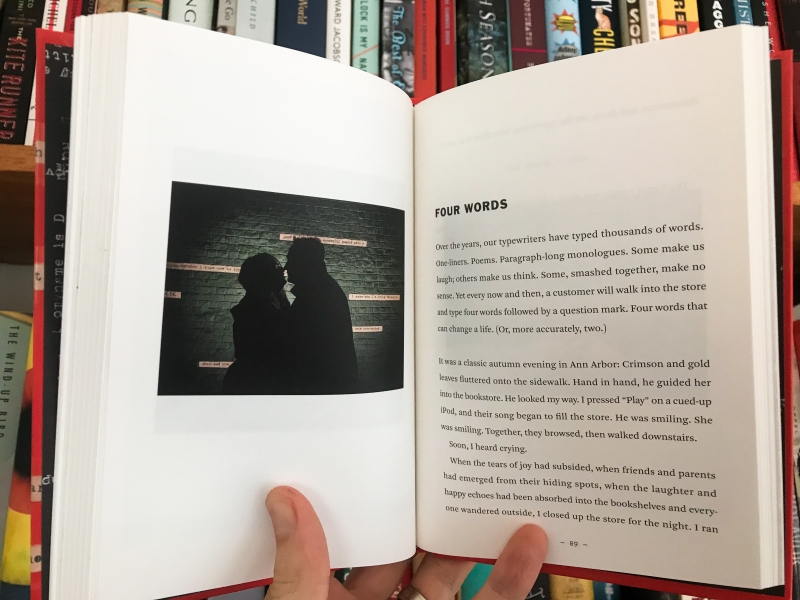 The proposal documented in Literati Bookstore’s Notes From a Public Typewriter. 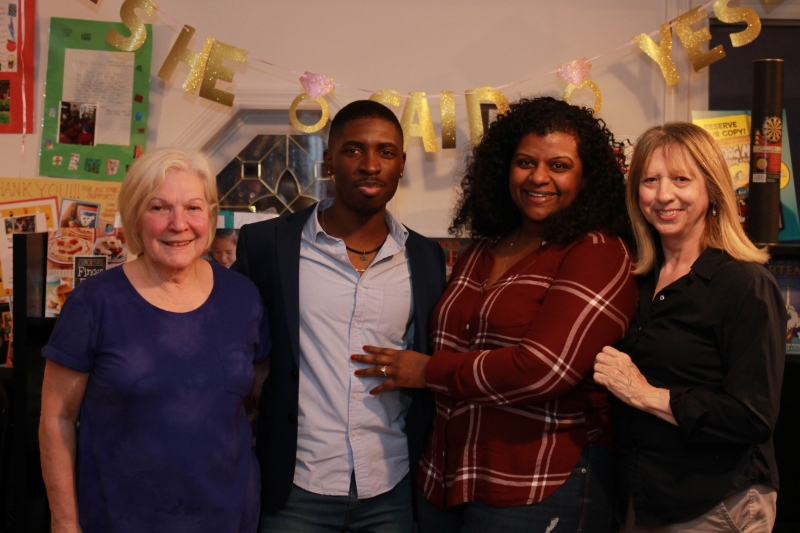 Turn of the Corkscrew Books and Wine (Rockville Centre, New York) owner Carol Hoenig told BTW, “When Orin approached us about wanting to do this, we were so excited to have been his go-to location to ask the big question. He said his fiancee-to-be loved books and wine, so our location was perfect. I’d never met the couple before, but to be a witness to this exciting occasion brought tears to my eyes. Orin and his family and the couple’s mutual friends were hiding in our downstairs so that Jessica would think she was attending a book reading.” 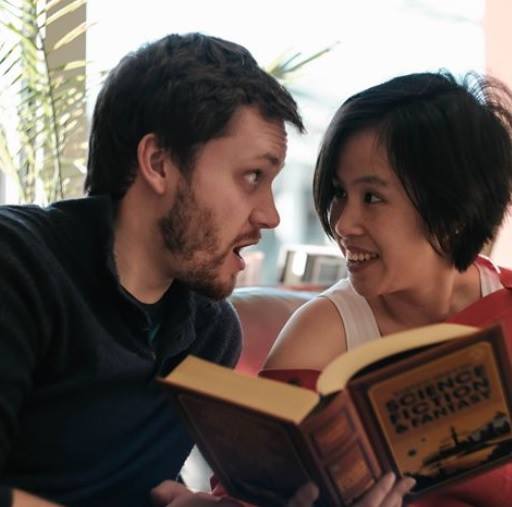 In February 2018, Brick & Mortar Books in Redmond, Washington, posted this couple’s photo on Facebook with the caption: “The best part of opening a bookstore is getting to be part of the community. This has happened in traditional ways like book clubs and author events; twice this has happened in unexpected ways. Over the summer we had our first wedding proposal in our store, complete with a hidden ring! More recently, with a separate couple, we had engagement photos taken in our shop. We love that books and bookstores mean so much to so many! Joanne Ho with Thomas Machin. Photo Credits to Ginger Woo.” Owner Dan Ullom also told BTW he just found out the store would be hosting another proposal soon. 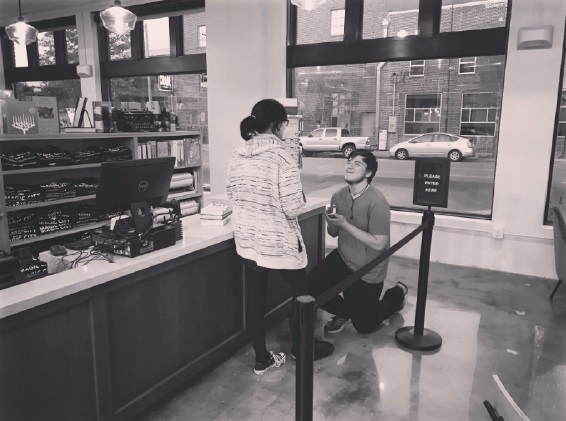 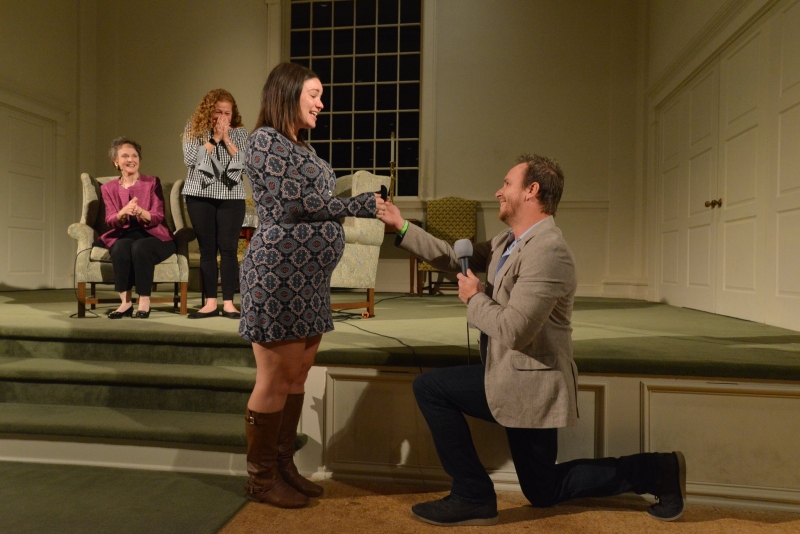 Jeff Martin, founder of Magic City Books, told BTW, “I met my wife in a bookstore. Beyond my own personal story, I’ve always seen bookstores as places for people to connect on a deep level. Not long after we opened Magic City Books in late 2017, we had our first in-store proposal. There have been more since. There will be more in the future. Last fall at our event with Jodi Picoult, we arranged a surprise proposal during the event and Jodi was in on it. There were lots of smiles and tears (mostly from Jodi). As anyone knows who's in this business, it’s about people even more than books. These moments emphasize that point.”