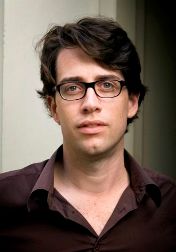 Reviews in Harper’s Magazine "New Books" column are now available for use as content on ABA member websites and in store newsletters. Booksellers can download the new content monthly via BookWeb.org.

“New Books” columnist Benjamin Moser is writing the monthly column (which can be downloaded here) to highlight books by small and university presses, books in translation, and other worthy, less-mainstream titles. Links within the column's content can be changed to point to a bookstore's e-commerce website.

The first "New Books" column recommends Making Haste From Babylon by Nick Bunker (Knopf); Hegel, Haiti and Universal History by Susan Buck-Morss; (University of Pittsburgh Press); Dimanche and Other Stories by Irene Nemirovsky (Vintage); and Last Words of the Executed by Robert K. Elder (The University of Chicago Press).

Bookselling This Week spoke to Moser about his new column and his indie bookstore connection.

BTW: Where did your interest in indie bookselling begin?

Ben Moser: My mother, Jane Moser, owned a children's bookstore called Stop, Look, and Learn, which was the first real quality children's bookstore in Houston. So I grew up among authors, booksellers, and, of course, books, to which I have always been lucky to have unlimited access. I think that experience has made me much more optimistic about books and bookselling. I would be sitting with my mother and her Doubleday rep as they drank margaritas at Café Adobe and talked about how nobody is reading anymore and how bookstores couldn't possibly survive. This was in 1982! Before the superstores or the Internet, people were already talking constantly about how they were doomed: I remember a joke that the second book Gutenberg printed was about the end of publishing. I'm proud that my mom is still going strong. She eventually sold her first store and now runs Brazos Bookstore, Houston's leading independent.

BTW: How did the idea to make your "New Books" column available for indie booksellers’ use come about?

BM: I think a good book reviewer, like a good bookseller, should be something of an evangelist. You really want people to read the books you're enthusiastic about. And you're in a unique position to help books and authors. And – joking aside – you're aware of the challenges that independents face. Then it occurred to me that distributing the column through independents could reach people more directly than in the pages of Harper’s Magazine, because if you're curious about a book you read about [online], you can just click and order it. With a print review, you might forget the author's name, or you might get busy with other stuff and forget about it entirely. I hoped this would reduce the lag time and encourage people to buy and read the books I liked.

BTW: Why is your "New Books" column a good fit for indie booksellers and their customers?

BN: I think that the readers of Harper’s Magazine – one of the few national magazines that is independent itself – and independent customers are similar types. They're often people who have a greater than usual interest in books and their interests aren't being served by most publications, those that are firing their book critics, shutting down their book sections, and generally making it harder for people to find out about new books through traditional means. I know that the interest is there, so I wanted to think about how to expand it. I also know that independent customers are usually well informed and adventurous, so I thought they would like what I try to do in my column: I do try to include the big books of the month (if they interest me), but I also try to include books in translation, books by small and university publishers, books that you might not find in the usual venues but which are also worthy of attention.

BTW: What are some of the ARCs you have your eye on for future columns?

BM: Speaking of big books of the month, I was ravished by Jonathan Franzen's Freedom – what a book, what a writer! I got a kick out of Yunte Huang's Charlie Chan, which I think will give a lot of people a surprising new look at Asian America. I'm a cook, so I was enthusiastic about Joan Nathan's Quiches, Kugels, and Couscous, about the cooking of Jewish France. And I was thrilled to see that Archipelago is publishing a new translation of one of the classic Dutch novels, Eline Vere by Louis Couperus. It's amazing how much good stuff comes out.

BM: If there's one person I'm an evangelist for, it's the Brazilian writer Clarice Lispector, about whom I wrote a biography, Why This World, published last year. I was hoping that the biography would lead to more interest in her works in the English-speaking world, and I'm very happy to see that PEN America has selected one of her books, The Hour of the Star, as the first selection for their new online reading group. It's also good news that New Directions is going to be redoing the translations of her work over the next few years, a project for which I am going to serve as general editor. So I'd encourage anyone who is interested in the great Clarice to check it out.