How We Sell Backlist: Midtown Reader

Midtown Reader’s “Read to Lead” series, which features important community figures talking about the books that shaped them as people and as leaders, provides the Tallahassee, Florida, bookstore with a unique opportunity to promote and sell a variety of backlist titles. 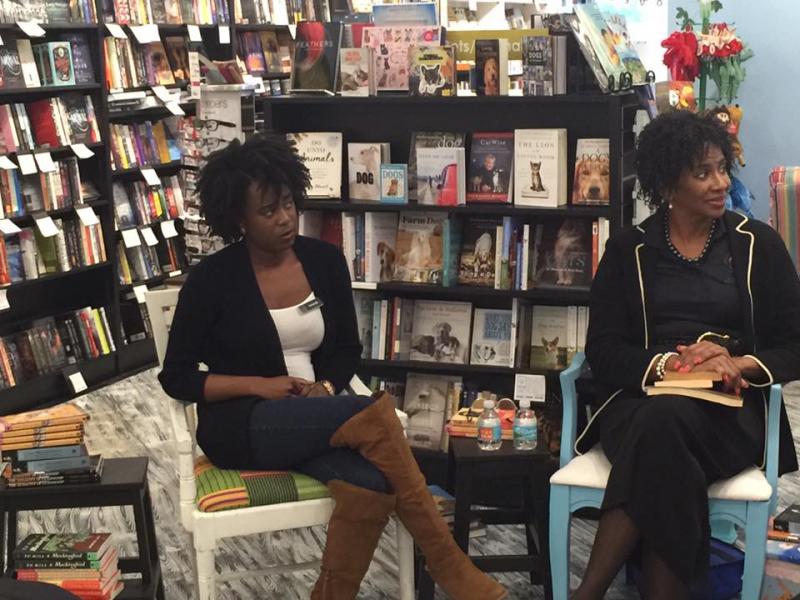 Owner Sally Bradshaw said the series is based on the idea that the books people read inform the person they ultimately become.

“This gives you a window into their personality, into their life, into how they lead. Whether they are an author, professor, politician, philanthropist, business leader, or librarian, it gives you a window into their world,” said Bradshaw, who opened the store in November 2016. “I think books shape us, from the time we are very young children to when we are adults leading — hopefully — fascinating and meaningful lives; books shape who we are.”

Bradshaw said these events typically draw between 30 and 40 people; some are panel discussions, which are usually moderated by a staff member, while others feature one person giving their own presentation. So far, said Bradshaw, many of the store’s five to six “Read to Lead” events have centered around the different themed months of the year, such as Women’s History Month (March) and Pride Month (June).

For example, the store’s Black History Month event in February featured Ann W. Kimbrough, the then-dean of the journalism program at Florida A&M University, and a member of Florida’s House of Representatives, who cited books including The President’s Devotional by Joshua DuBois (HarperOne), To Kill a Mockingbird by Harper Lee (Harper), and Roll of Thunder, Hear My Cry by Mildred D. Taylor (Puffin Books). In May, the store invited the head of the largest synagogue in Tallahassee, Rabbi Jack Romberg, to speak at the store, where he discussed Milton Steinberg’s classic novel As a Driven Leaf (Behrman House Publishing).

“I was uncertain when we opened how much success we would have getting authors to come in from out of state and around the country, so I was looking for ways to put together a community program that would draw people into the bookstore,” said Bradshaw. “I thought that in a state capital, where we have not only political leaders but two major universities, a really strong community college system, and a lot of business leaders and philanthropists, that it would be fascinating to know what they’ve read at different stages of their lives and how that’s impacted their careers.” 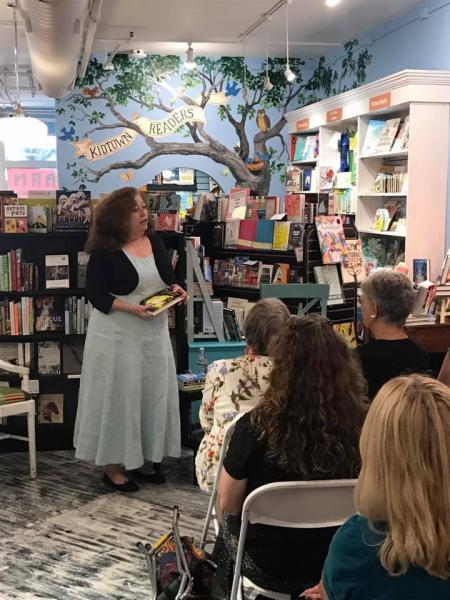 In September, the store invited Diane Roberts, a Florida State University writing professor, NPR commentator, and author of the 2015 book Tribal: College Football and the Secret Heart of America (Harper), to discuss the written word’s power to change lives and the books that shaped her own, including A Wrinkle in Time by Madeline L’Engle (Square Fish), Invisible Man by Ralph Ellison (Vintage Books), Jane Eyre by Charlotte Brontë (Penguin Classics), End Zone by Don DeLillo (Penguin Books), The Crying of Lot 49 by Thomas Pynchon (Harper Perennial), and the 1946 children’s book The Lion’s Paw by Robb White (A.W. Ink).

Bradshaw said she always makes sure to ask for a list of the books participants are planning to discuss ahead of time so she can have enough copies available for people who attend the event to purchase. The store also uses social media to promote the events in advance, and to promote the backlist books to be highlighted. Bradshaw said the store has also begun asking visiting authors which books shaped their lives and careers (or what books they are reading now), and makes sure to have those titles available as well.

“In November, we’re hosting members of the Atlantic Institute, a faith-based Muslim community organization, and I’ll probably reach out to local business leaders soon. We may also do something with the local medical community,” said Bradshaw. “We try to reach out to diverse community leaders who will bring in lots of different folks to our store and will most likely have been impacted by many different reads.”

“Read to Lead” began as a way to bring the community together, Bradshaw said, but the series has also had the great benefit of providing an opportunity for the store to sell more backlist titles, and for that happy accident, she is grateful.

“To be honest,” Bradshaw said, “as a new bookseller, I didn’t even know what the word ‘backlist’ meant when we first came up with the concept for ‘Read to Lead,’ but it’s dawned on us in this process that it’s been a great way to feature backlist titles. We do sell quite a few of these books once they’ve been discussed by these leaders.”

As part of ABA’s campaign to highlight backlist, the association is presenting the “Maximizing Backlist: Proven Ways to Market, Promote, and Sell Backlist Titles” education session at each of the regional fall trade shows. More information about the session is available here.