Bookstores across the country are sharing social media posts and hosting virtual events to celebrate the Juneteenth holiday on Friday, June 19. 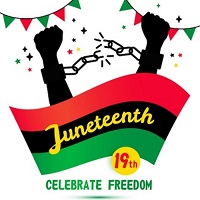 Harambee Books & Artworks in Old Town, Virginia, posted on Instagram: “Juneteenth is the oldest known celebration commemorating the ending of slavery in the United States. President Abraham Lincoln signed the Emancipation Proclamation on January 1, 1863, but it wasn’t until June 19, 1865 (two and a half years later) until Union soldiers finally notified the last slaves of Galveston, Texas, that they were now free. The former slaves celebrated their freedom on this day, June 19, 1865, which is now considered the first ‘Juneteenth.’ Texas became the first state in 1985, 120 years after the first Juneteenth celebration, to make Juneteenth an official holiday. 43 states, including Iowa, and the District of Columbia have also passed laws or resolutions since then that recognize the importance of Juneteenth history.”

Barbara’s Bookstore in Chicago, Illinois, wrote about the history of Juneteenth and shared a recommended reading list. 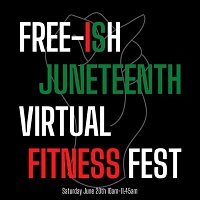 Pan African Connection Bookstore, Art Gallery, and Resource Center in Dallas, Texas, posted on Instagram: “Join us this Saturday June 20th at 10am, as we keep the Juneteenth celebration going all weekend with our Free-ish Juneteenth Virtual Fitness Fest! SIGN UP at BreatheDanceYoga.com…For those that aren’t aware Juneteenth is a celebration of the day that slavery ended in Texas which was June 19th 1865. This is the day that our ancestors were truly set ‘free-ish,’ not July 4th. We say ‘Free-ish’ because after being ‘freed’ they faced Jim Crow laws, mass incarceration of black men, amongst other forms of systemic racism that we still are experiencing and fighting for to this day.”

At Kew & Willow Books in Kew Gardens, Queens, 10 percent of all proceeds until Juneteenth will go to various organizations that “are fighting against the injustice and racism in this country,” including the NAACP, the Bail Project, and Your Rights Camp. “We are here for you,” it says on Kew & Willow’s site.

In Fort Worth, Texas, the Dock Bookshop is holding a Juneteenth celebration with author and guest speaker Rickie Clark. The event will be streamed on the store’s website and social media.