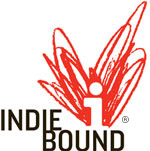 IndieBound, the American Booksellers Association's new community-oriented movement celebrating the value of independent businesses, is underway. On Monday, a Literary Liberation Box, including tools that booksellers can use to promote IndieBound in their stores and in their communities, was shipped to all independently owned ABA member stores. Booksellers on the East Coast began receiving the box on Tuesday, and all stores should experience Literary Liberation within the next several days.

"IndieBound reflects the excitement of localism and the appreciation of independent business spreading across the country today," said Meg Smith, ABA Chief Marketing Officer. "And it provides ABA members with a new, fresh way to promote themselves to their customers, as well as to align with other independent businesses in their communities."

Smith added, "When the Literary Liberation Box arrives in stores, we hope owners will take the opportunity to spread the excitement among staff by opening the box in their presence." (Here's a look at what booksellers will find in the Liberation Box.)

Thus far, bookseller response to IndieBound and the Literary Liberation Box has been enthusiastic. "I think it's fantastic," said Christine Onorati of WORD bookstore in Brooklyn, New York. "I am totally excited about it. [IndieBound] has exceeded my expectations, and it is customizable, and that is really important." She added that the "edgy" look is "well done. I'm very impressed."

Onorati, who two months ago started forming an informal independent business alliance, said, "This will help me. I can go right into the stores, give them signs, and show them all of this stuff, and start getting something together." In the bookstore, she placed the "Here's What You Just Did" sign up "right away, and called the bag company and ordered the recycled bags."

At Farley's Bookshop in New Hope, Pennsylvania, Alexis Kaelin told BTW, "I was very excited -- it's a neat box, and a neat transformation [from Book Sense]. It's inspired me to shop at other local stores, too." Farley's put most of the materials from the Literary Liberation Box out on Wednesday, with the bookmarks, bookplates, and other items placed at the cash wrap. "People are excited about the book plates," Kaelin said.

"We love it," said Stephanie Anderson of Moravian Bookshop in Bethlehem, Pennsylvania. "Our head buyer is wearing the pin with the IndieBound logo on it. And we like everything that says 'Eat. Sleep. Read.' on it."

In Bradenton, Florida, Doug Knowlton, owner of The Village Bookshop, immediately displayed his IndieBound materials and sent an e-mail blast with a link to IndieBound.org to the 300 or so customers on the store mailing list. "A member in my writing group has already signed up for a t-shirt," he said. "And I'm going to need a lot of the bags ... maybe some with our logo."

After reading more about IndieBound at lunchtime, "I got even more excited," Knowlton said. "And I don't get excited."

The Village Bookshop's MySpace page now features IndieBound and invites customers to a rally, where they can sign the Declaration of Independents.