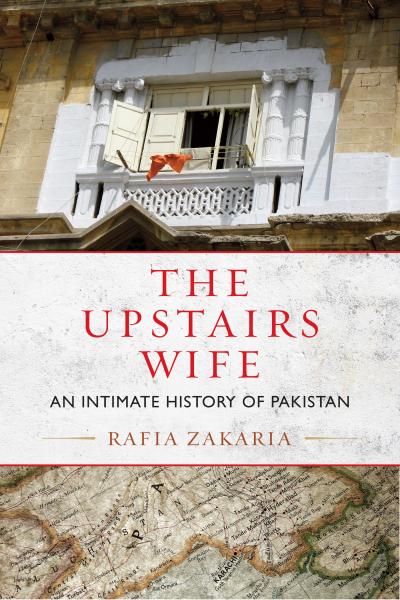 Rafia Zakaria is the author of The Upstairs Wife: An Intimate History of Pakistan (Beacon Press), a Winter/Spring 2015 Indies Introduce Debut Authors selection and a February 2015 Indie Next List pick. An attorney and human rights activist, Zakaria has worked on behalf of victims of domestic violence around the world. She is a columnist for Al Jazeera America, Ms., Dissent, and Dawn, Pakistan’s largest English-language newspaper, and serves on the board of directors of Amnesty International USA. Zakaria was born and raised in Karachi, Pakistan, and divides her time between her home country and the U.S.

Amanda Bullock of Housing Works Bookstore Café in New York City said of this debut, “Rafia Zakaria weaves together national history and generations of family history to create the story of women in Pakistan in her compelling debut book, The Upstairs Wife. From Benazir Bhutto to a group of schoolgirls to Zakaria’s own Aunt Amina, she reveals the strength of Pakistani women.”

What do you hope readers take away from The Upstairs Wife, both about Pakistan and the relationship the country has with India, Islam, and women? 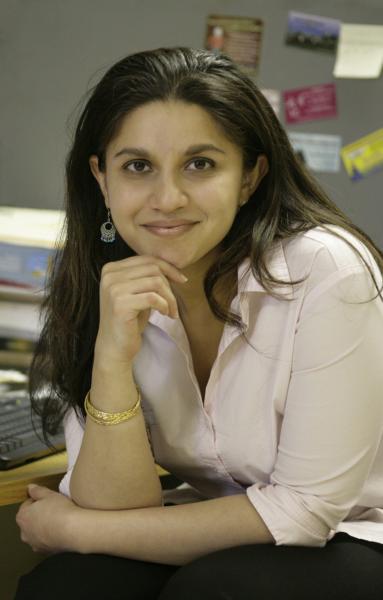 Rafia Zakaria: The Upstairs Wife is my attempt to reclaim the story of Pakistan for its women. I want readers to see parallels between the violence in the public sphere that began with the Partition [of India] in 1947 and continues today and the intimate violence that exists in the private sphere and the realm of relationships. I wanted to reveal the emotional landscape of Pakistan: what it feels like to be Pakistani and particularly to be a Pakistani woman. I felt that excavating the story of a city, Karachi, and a country, Pakistan, through the story of women was crucial to doing that. Finally, I wanted to explore how polygamy and partition both involve divisions and, in this sense, invoke an absurdity that can only be exposed when one assesses their impact on ordinary lives and on ordinary families.

There are strong, opinionated women in your book that sometimes subscribe to the male-dominated system in place. How do you feel these types of matriarchal figures influence continued gender inequality?

RZ: We all want to be powerful. In Pakistan and in most of the world, women are socialized into a patriarchal system and many conclude that the way to survive and to thrive is to subscribe to its values and support the subjugation of other women. Whether it’s the sister-in-law that encourages a man to take another wife or the prime minister who fails to change misogynistic laws, they are all iterations of how too many women succumb to the prescription of hating other women and end up ensuring that patriarchy — its beliefs, its structures, its limitations — live on.

Are there any books you would recommend to readers who would like to learn more about the issues discussed in The Upstairs Wife?

RZ: Yes, I would recommend Ismat Chughtai’s The Crooked Line, which traces the story of its heroine during the years preceding Partition and is a strident feminist critique of the strictures that constrain women’s choices. Also, Rokeya Sakhawat Hossain’s “Sultana’s Dream,” which is believed to be the first science fiction story written in English by a South Asian woman. Written in 1908, [the short story] takes readers into a world controlled only by women, where men have been sequestered at home. The female dormitory at the University of Dhaka, which I write about in The Upstairs Wife, is named Rokeya Hall after Rokeya Sakhawat Hossain.

Can you tell us a little about your work with the Muslim Women’s Legal Defense Fund for the Muslim Alliance of Indiana/The Julian Center Shelter?

RZ: The program was collaboratively funded by the Muslim community in Indianapolis, the U.S. Department of Justice, and The Julian Center, which is a domestic violence shelter in the city. Legal services are the most expensive of all to provide for survivors of domestic violence and often the determinant of whether or not they return to abusive relationships. Knowing this reality, and also how crucial community support is to women who are leaving relationships, the program provided both. While the shelter served all women, my work as a lawyer was focused on ensuring that the Muslim community was not only aware of the services available but also actively involved in supporting them. In my work there, I met some incredibly courageous women whose stories gave me the strength and will to write this book.

RZ: In many ways, The Upstairs Wife was my attempt to look back at the history of my country and family so that I could understand their impact on my own choices. I was married at 17 in an arranged match and joined my husband in the United States. After several years of struggling, I chose to leave that relationship. My next book will explore the costs and consequences of my own decisions and struggles and how they relate to those of the women who came before me. I believe that if you cannot understand your past, you cannot control your present or your future, and so that is now the task before me.

Other than this, I continue to write my regular columns for Dawn Pakistan and Al Jazeera America.

What was your favorite book as a child and how has it impacted your life?

RZ: My favorite book was Enid Blyton’s The Magic Faraway Tree, in which three children discover a magic tree whose topmost branches reach into the sky and take them to magical lands. Growing up in a very urban environment with few enormous trees and no woods at all, I spent many long summer afternoons imagining this wondrous place. I still have a copy of it on my desk.