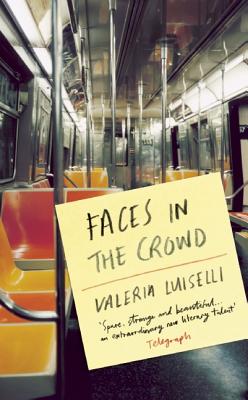 Valeria Luiselli is the author of Faces in the Crowd (Coffee House Press), a Spring 2014 Indies Introduce pick. Luiselli, who was born in Mexico City, has lived in Costa Rica, South Korea, South Africa, India, Spain, France, and the U.S. Her work has appeared in a number of publications, including the New York Times, Granta, and McSweeney’s. Luiselli is studying for a Ph.D. in Comparative Literature at Columbia University and lives with her husband in New York City.

Faces in the Crowd is about a young mother in Mexico City who is writing a novel about her days as a translator in New York. Her story overlaps with that of obscure Mexican poet Gilberto Owen, who is dying in Philadelphia in the 1950s and is convinced he is slowly disappearing.

“Valeria Luiselli’s extraordinary debut novel Faces in the Crowd signals the arrival of major talent,” said Jeremy Ellis of Houston’s Brazos Bookstore. “Written in Spanish and exquisitely translated by Christina MacSweeney, Faces in the Crowd is a fresh and essential voice for the new Latin-American canon.” 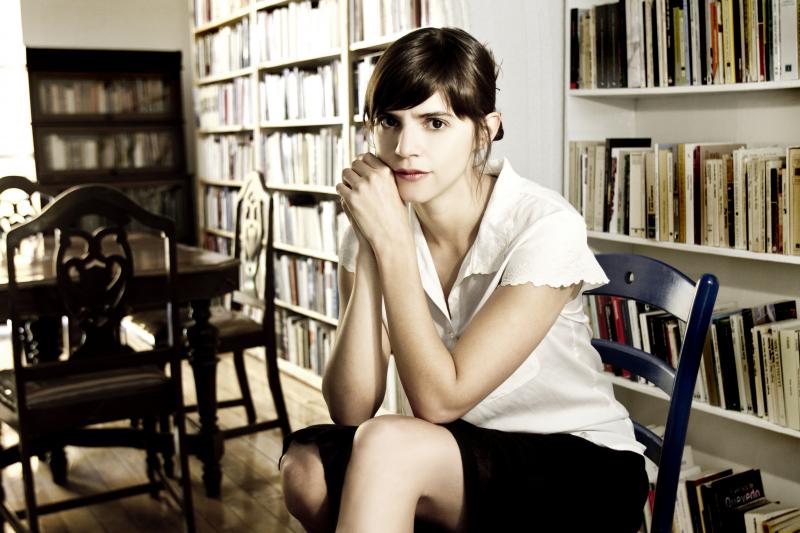 Valeria Luiselli: Owen’s letters, written in Harlem during the late 1920s, were probably what initially inspired the novel. I was 25 and had just arrived in New York. Those letters seemed like a direct, intimate connection with a city that had no past for me, a city that was absolutely foreign and distant. Owen had a Virgilic role in my instruction of Harlem’s inner circles, in that sense. It was through him, for instance, that I started reading the writers of the Harlem Renaissance. But there was also that first encounter with modernist poetry in English, by which I became enchanted, or perhaps haunted, and through which I was experiencing everyday life with greater depth and intensity. (Does that ever happen after you turn 25 or 26?) I remember, particularly, that Ezra Pound’s idea that literature should strike a reader with the instantaneous blow or impact of an image — his imagist “thesis,” so to speak — became like a leitmotiv for me, both in writing and in life in general. Faces in the Crowd is also a response to that; it revolves around a series of very condensed images. I guess it can be read as an imagist novel — if that were possible.

When Observer editor Mina Holland asked you about a lack of concrete conclusion in Faces, you responded: “I don’t believe in ‘grand finale.’ I hate Wagner.” Why do you like loose ends and dislike a ‘grand finale’?

VL: Well, I guess I was writing very much from the feeling of scatteredness and emotional crack-up — so the “finale” could not be one that tied everything together, but on the contrary, one that pointed toward things falling apart. The characters’ lives in this novel are all shattering for different reasons, and that had to be reflected beyond plot. So the formal challenge I had was to show, at the level of syntax and rhythm, that the two narrators were somehow disintegrating. I wanted the language itself to decompose and break up, and the characters to progressively become mere voices or utterances. An end that needed to reflect that would be directly opposite to a Wagnerian one. Perhaps it’s a Takemitsu ending.

Were books an important facet of your childhood? If so, what book had the greatest impact on you as a child?

VL: I kept moving from country to country, so books quickly became a relatively stable dwelling place. One of the first books that had an impact on me, probably for the wrong reasons, was Stephen King’s Pet Sematary. I must have been nine or 10, I was living in Korea, and I was obsessed with horror movies. I found the book in my school’s library, but the librarian refused to let me take it because it was for the older students, so I hid it behind a row of books and came back to read a few pages of it every time I had a chance. More than the book itself, from which I don’t remember a single sentence, it was the feeling of reading as a form of subverting arbitrary norms, or as a form of asserting independence that stayed with me. Perhaps I was also a little scared by it.

When did you know that you wanted to pursue a career as a writer?

VL: I probably became a graphomaniac as soon as I learned to write. And even before I learned how to write, I would fill entire notebooks with scribbles. But I guess I became aware that I wanted to dedicate my life to writing when I was about 20. I was living in Spain, teaching English to Spanish businessmen, working in bars, and all the clichés that seem like ultimate realities when you’re that age. I’ve never really perceived writing as a “career,” though. In Spanish the word for “career” is “carrera,” which also means “race” — as in a sports competition, where people win and people lose. I think that literature happens in a gray area, somewhere in between those two extremes, so I don’t like to think of writing in association to a “career.” It’s a profession and a way of life.

VL: I always work on several things at the same time, until one of them seizes me completely. I just finished a novel called The Story of My Teeth, which I originally wrote in installments for a group of workers in a juice factory. Now I’m working on three different things: a ballet libretto loosely based on The Waste Land; a book of essays about architecture and literature; and a novel, in English, about growing up in South Africa in the early 1990s. In truth, what all that really means is that I’m reading a lot and making lots of notes in a journal.

When you travel, do you stop at bookstores? Any particular indies make a lasting impression?

VL: Always. Beyond the lovely pagan temples that I always return to — such as the Shakespeare & Co. in Paris, which I first visited as a teenager, or City Lights, which I visited in my early 20s, or the Strand, which I still go to very often — there are a few bookstores that have been fundamental. I lived in the countryside in Maharashtra, India, during the period in which I began to read more avidly, so every weekend I would travel to Pune and visit a bookstore called Manney’s. That’s where I bought all the books that marked me deeply in my late teenage years — from Joyce’s Portrait of an Artist as a Young Man, to George Orwell’s essays, to English translations of Borges, Kafka, or Calvino. It shut down two years ago. Then there is, of course, the row of second-hand bookstores in the mythical Calle Donceles in Mexico City, which itself has been a literary setting for novels such as Aura by Carlos Fuentes or Los detectives salvajes by Roberto Bolaño. In more recent years, I have discovered Tipos Infames in Madrid; Eterna Cadencia in Buenos Aires; and AlleyCat Books in San Francisco — all of which I hope to revisit.

What book is on the top of your nightstand “stack?”

VL: Too many. But at the bottom is Erasmus of Rotterdam’s Adagia, which I have only skimmed through. I want to get to it as soon as possible, which means I have to read a lot this summer.

If you were a bookseller for a day, what book would you want to put in every customer’s hand?

VL: The Master and Margarita by Bulgakov or The Twelve Caesars by Suetonius. Or maybe Incidences by Daniil Kharms. I would try very hard to convince the customer to buy all three.

If you could invite three authors (past or present) to a dinner party, who would they be? What do you think would be the topic of conversation?

VL: I would invite three writers that smoked really well: Hemingway, Julio Ramón Ribeyro, and Italo Svevo. The conversation, naturally, would revolve around how it feels like to be dead.