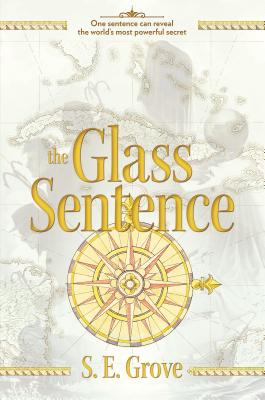 S.E. Grove is the author of The Glass Sentence (Viking), a Summer/Fall 2014 New Voices selection and a Summer 2014 Kids’ Indie Next List pick. Grove is an historian, an avid reader, and a world traveler.

In Grove’s debut novel, all of the world’s continents have landed in different time periods following the Great Disruption of 1799, and Sophia Tims is searching to find her uncle Shadrack, who has been kidnapped. Coming from a family of explorers and cartologers, Sophia, who rarely leaves 1891’s Boston, travels through uncharted lands with Theo, a refugee from the West, to search for her uncle as she risks her life trying to save his.

“The Glass Sentence features a highly imaginative and engaging premise, which is clearly related and accessible while also possessing roots grounded intricately in social and political history and cartography. This tightly knit and compelling world offers deep satisfaction for all readers of interest, who will regale themselves with its dire actions, complex villainy, highly absorbing characters, and sublimely engaging interior and outer landscapes,” says Kenny Brechner of Farmington, Maine’s Devaney Doak & Garrett Booksellers. 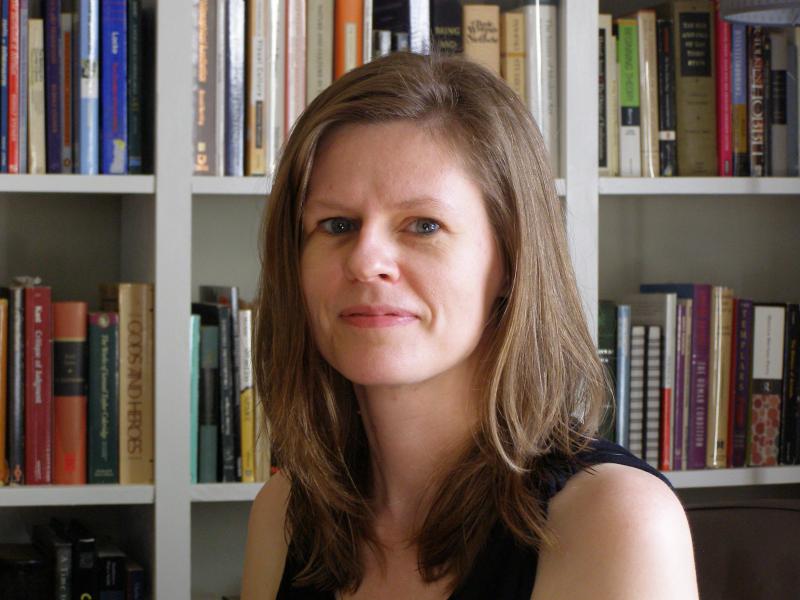 What inspired your interest in cartography and late 19th century Boston?

S.E. Grove: Many things! I’ve lived in several different places, among them the Boston area, which has a fascinating history. I like the late 19th century in the United States as a moment of remarkable change and remarkable hubris. This is the context for the Spanish-American War and, some would say, U.S. imperialism abroad. It’s a revealing moment, and I wanted to explore the different ways it might unfold.

My interest in maps is hard to place. I am most interested in the way “mapping” means different things to different cultures and in what maps say about the people who made them. Why do our maps emphasize roads so much, for example? What does that say about our culture and our concept of what the map does? My sense is that maps are not principally navigational tools — they are principally arguments about the world.

As an historian, what area of history do you study and why do you think history is such an important subject?

SEG: I’m drawn to many regions and time periods, but I focus most on Latin America before 1800. For the Mapmakers books, I’ve also been exploring the U.S. in the 19th century, of course. I don’t just think history is an important subject…it is an important subject! Many might argue that history is important because the way we tell it and the things we write about reflect our own moment. And that’s true, but it tends to put a lot of focus on us — as if the here and now were the most important moment!

The main character’s name is Sophia, which means wisdom — is that purposeful? How did you go about naming your characters?

SEG: It was conscious but not necessarily purposeful! I am more driven by the poetics of the name than anything. For the Nihilismians, I spent a lot of time thinking about how the names would reflect inner qualities and at the same time suggest a kind of intensity and rigor in their sound.

Were books an important facet of your childhood? What book(s) did you read as a child?

SEG: Terribly important! I remember sitting on the floor, hunched between shelves at the library, reading my favorite books over and over again, as early as third grade. Picture books (Barbara Cooney’s, for example) and books read aloud (Tolkien, for example) had an influence early on, and later I read everything I could. The Andrew Lang fairy books, Madeleine L’Engle, the Anne of Green Gables books, to name a few, and eventually classics that were not meant for children but that were mysteriously permitted to us, so why not?!

What should we expect from book two?

SEG: Book two is called The Golden Specific. In it, Theo and Sophia’s story lines diverge. While Theo stays in Boston, Sophia heads overseas to learn more about what happened to her parents. There’s a lot of adventure, some new characters, and (of course) some new maps!

If you were stranded on a deserted island, what three titles would you want to have with you?

SEG: So difficult to answer, and yet I see the logic of the question. I recently moved into a larger house, and I was so happy to unpack the dozens of boxes of books I had in storage. Having familiar books nearby is so reassuring! It reminds you of who you are, since so many of those books have nudged you to think differently or be different. Picking three titles is more like picking three friends than three things to read, so I would say Howl’s Moving Castle (Diana Wynne Jones), The Emigrants (W.G. Sebald), and The House of Mirth (Edith Wharton).

If you were a bookseller, is there a book you would say every child just has to read? (Besides your own, of course!)

SEG: Yes, but I am afraid the list would be very long. At the top would be Donald Hall and Barbara Cooney’s Ox-Cart Man. It is a beautiful, deceptively simple story about early America. (And it does what I said about the strange and familiar!)

If you could meet any historical figure, who would it be? What would you ask them?

SEG: I would like to meet one of the definitely not famous people that I have often read about in historical documents. Perhaps a woman accused of witchcraft or a child accused of theft. (I read a lot of criminal cases.) I would like to ask them about them about what their days are like, to learn all the mundane things. Maybe then I would catch a glimpse of their world!

Learn more about S.E. Grove at segrovebooks.com/dir/ and in this Publishers Weekly article with Kenny Brechner: blogs.publishersweekly.com/blogs