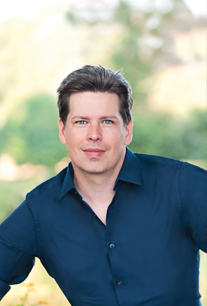 Adam Shaughnessy is the author of The Entirely True Story of the Unbelievable FIB, (Algonquin Young Readers), a Summer/Fall 2015 Indies Introduce selection for middle-grade readers and an Autumn Kids’ Indie Next List pick.

“The Entirely True Story of the Unbelievable FIB is an entertaining and engaging mixture of adventure, sleuthing, and mythology,” said Kathleen McGonagle of Buttonwood Books & Toys in Cohasset, Massachusetts. “Pru Potts is a clever sixth-grader with the habit of turning small events into big investigations, a habit that often gets her into trouble. When a mysterious envelope appears under her bedroom door containing a card inscribed with the question, ‘What is the Unbelievable FIB?’ Pru is intrigued but cautious. The search for the answer to that question puts Pru and her new friend, ABE, on a search for the mystical Eye of Odin. Cleverly told in an overlapping style with contemporary characters and legendary mythological figures, Shaughnessy ensnares and holds middle-grade readers.”

Shaughnessy received his bachelor’s degree in English from Connecticut College and is currently pursuing his master’s in children’s literature at Hollins University. In 2009, he launched Red Dragon Adventures, a story-based enrichment program for school-aged children, which led him to begin writing The Entirely True Story of the Unbelievable FIB. Shaughnessy lives in Waterford, Connecticut. 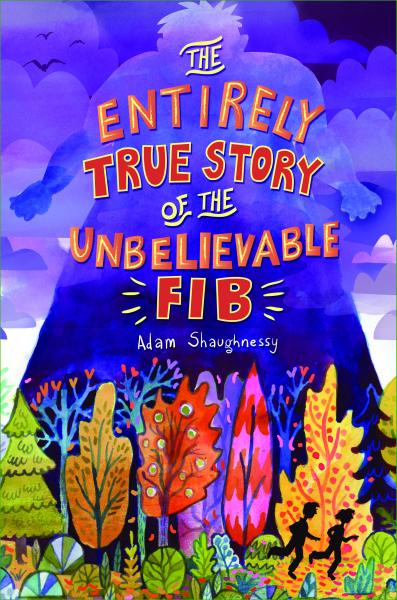 When did you realize that you wanted to be a writer?

Adam Shaughnessy: I wrote my first book in third grade. It was called The Knight’s Quest. It was a very official sort of book because it had an actual cover made from cardboard with wallpaper pasted to it. The book was very well received, particularly by my mother. I remember being especially proud because I was very big on books about both knights and quests at the time and I felt like I’d joined some sort of elite group through the act of writing my book.

After that, I experienced a bit of a writing slump for a few decades. When I started a career in education, stories and storytelling became an integral part of my teaching practice. After about 10 years of that work, I decided that it was finally time to capitalize on the overwhelming success of The Knight’s Quest and write my second book. I started writing The Entirely True Story of the Unbelievable FIB in April of 2009.

How has your background as an educator inspired your writing?

AS: The Entirely True Story of the Unbelievable FIB began as an interactive story I created for young people. I developed it and other interactive stories for an enrichment program I ran. The stories unfolded through a blend of storytelling and games, and the kids themselves were the heroes. It was the best environment I can imagine for creating stories. I had instant and authentic feedback. I knew immediately if something was too slow-paced or too complicated. I also knew immediately when an idea or character worked. Obviously, the story for FIB changed significantly when I novelized it. I had to invent main characters and those characters had a huge impact on the evolution of the plot. But throughout the writing process I would go back to my experience with the kids and the lessons I learned there about what they enjoyed and what resonated with them.

When most people think about reading a book, they imagine sitting in a big comfy chair with their favorite pet and a warm cup of hot chocolate. You, on the other hand, have described reading as play — a far-from-sedentary activity. How are reading and playing similar?

AS: I believe that reading (or any experience with story) and play are two of the most powerful tools young people have to make sense of the world. I often say that reading introduces children to new ideas, new horizons, and new roles and that imaginative play is a vehicle through which they can explore those ideas, horizons, and roles. Really, though, that exploration begins with the act of reading. Reading opens our minds. Physically, we might indeed be sitting in a comfy chair with hot chocolate (which I’m now craving, thank you very much!). But our minds are off and away on adventures. That seems like play in its most potent form. And I think it’s worth noting that it’s not solitary play. The act of creating meaning from text is cooperative. It starts with the writer, but it doesn’t end there. Readers bring their own experiences, values, and perceptions to a book. So I think it’s fair to say that writers and readers are playing a game together. That’s how I like to think of it, anyway.

What is one of the most unbelievable fibs you told as a child?

AS: When I was little, I used to go to church with my mom. One day the priest asked me if I’d like to be part of the procession to the altar. The whole idea of it made me nervous. I was worried that I might drop something, and that if that something happened to be a candle then I would be responsible for setting the whole place on fire. That seemed like something everyone involved would want to avoid.

Unfortunately, I was very accommodating as I child, so saying no didn’t seem like an option. Inspiration struck, though, and I devised a means by which I could avoid general embarrassment and a possible arson charge. I looked at the priest and explained that, while I would like to help, I couldn’t because I had a broken leg.

Later in life, I would learn that broken legs were often accompanied by things like casts and limps, neither of which I had. At the time, though, the only clue I had that I might have made a slight error in judgment was the spectacular shade of red that immediately spread across my mother’s face.

Thank you for linking to IndieBound on your website. In your opinion, how do independent booksellers contribute to children’s education and reading as play?

AS: It’s a rainy day. You’re stuck inside. You go to your toy chest, but the only game you find there is Monopoly. Now you’re sad, and you’re feeling that way for two reasons. First, you hate Monopoly. Second, you’re sad because somewhere, deep down, you understand that variety isn’t just fun, it’s important. You don’t learn anything playing the same game again and again. You don’t grow. You need choice.

There are so many books being published today. The challenge is finding them. Popular reviews and awards shine the light on some wonderful books. Those books earn the lion’s share of the limited shelf space and screen space that exists in the world and online. As a result, those books get purchased and read by the most people. And they deserve that attention. But if everyone is reading the same books — even the same excellent books — there’s the danger of conformity to one set of ideas.

What I have always enjoyed most and valued most about my independent booksellers is the fact that, yes, I can find the most popular books there. But I find more. I find books I’ve never heard of. Independent booksellers stock a wider variety of books. Books represent ideas, and there needs to be a diversity of ideas out there, a diversity of books.

Basically, independent booksellers introduce me to toys I never even knew existed, and ones I can’t wait to play with. Those toys enrich my life and expand my thinking. And, best of all, they’re worlds of fun.

Learn more about the author at www.adamshaughnessy.com or by following him on Twitter.