Aimee Lucido is the author of Emmy in the Key of Code (HMH Books for Young Readers), a Summer/Fall 2019 Indies Introduce middle grade selection and a Fall 2019 Kids’ Indie Next List pick. 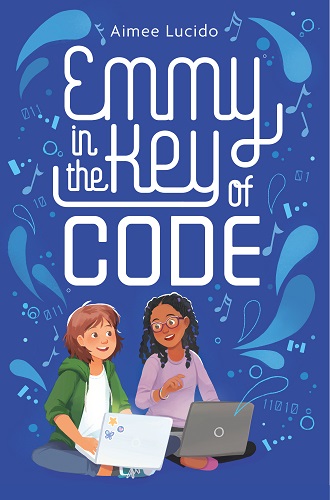 Lucido received her bachelor’s degree in computer science from Brown University, her MFA in writing for children and young adults from Hamline University, and has worked as a software engineer at Uber, Facebook, and Google. Lucido currently lives in San Francisco.

Jen Kraar of City of Asylum Bookstore in Pittsburgh, Pennsylvania served on the panel that selected Lucido’s debut. In the spirit of this novel-in-verse, Kraar wrote of the book:

“In crisp clean verse /
Aimee Lucido decodes Emmy’s world /
Her love of music, but lack of voice /
Her dad’s constant dissonant piano playing and her mom’s new quiet /
Emmy finds that coding strikes a chord /
For her, the language comes as easy as humming /
A computer that listens /
Abigail, her secret friend, struggles to be true to herself /
Emmy’s found a way to belong /
But then, the key to it all may be broken
Code, music, poetry /
An unforgettable story in three-part harmony”

Here, Kraar asks Lucido about the intersection of music, coding, and writing as tools to express oneself. 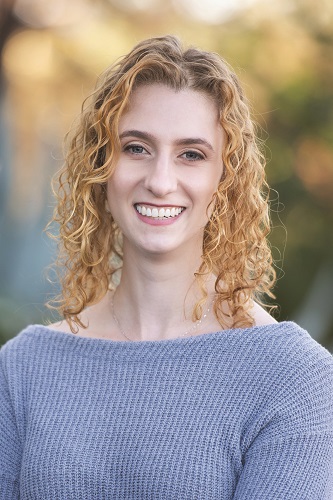 Jen Kraar: In your novel, music and coding battle for Emmy’s attention. How have these two passions played a role in your life?

Aimee Lucido: Music was, in many ways, my first love. I took classical piano lessons starting at age six, and continued all the way through high school. I could actually play very well by the end, and only quit when I started shifting my focus to singing as my form of musical expression (though I’ll be the first to admit that I was a far more advanced pianist than singer). I sang in choirs through college, and when I graduated and moved to San Francisco, I got involved in musical improv, (making up ridiculous songs on the spot in front of a live audience), and for me that was a way of making music fun again. It wasn’t about being good, it was about making noise.

Coding came along for me much later in life, but I was always someone who was considered “good at math.” I put this in quotes because 1) I don’t believe people (particularly kids) are inherently “good” or “bad” at things and 2) math has nothing to do with computer science. But, back in high school, I fell very easily into programming because it was considered a natural extension for kids, like me, who enjoyed math.

And for much of my life these two loves (or three, if you count writing) were at war with each other. So many people see coding as “science” and see music or writing as “art” and people tend to believe that those who enjoy one wouldn’t enjoy the other. So, the fact that I did all of these things was seen as an oddity. A good oddity, but an oddity nonetheless.

It was only when I started to think of coding, writing, and music as tools that I started to realize what all three of these things had in common: they all enable creation.

I always loved telling stories. I feel like I spend a lot of energy trying to show the world how my brain works, and as a result, I’ll learn whatever skills I need to learn to make that happen. Today those skills might be coding and writing and music, but maybe someday it’ll be… I dunno… woodcraft! Who knows! As long as I can wield the right tool for the job, I’ll be creating in some capacity for the rest of my life.

JK: When you first conceived of the story of Emmy’s search for belonging, did you intend for it to be told in verse?

AL: Emmy in the Key of Code was a verse novel from day one, which was a little terrifying, since I’d never written one before. I had the idea for Emmy while I was reading Andrea Davis Pinkney’s The Red Pencil. I was at the gym, on the elliptical, distracting myself from exercise by reading this beautiful novel in verse which has nothing at all to do with computer science, when I realized how much Andrea’s poetic conventions resembled those of a coding language called Python. Colons, newlines, tabs, spaces... and all at once, it hit me how similar poetry was to code. Both encapsulate a large amount of information in a short amount of space, both can seem intimidating to interpret if you aren’t familiar with the form, but both can be elegant when crafted with a keen eye.

But, because people view these things as so different, it was up to me to demonstrate through the text how they could be the same. People who don’t understand code tend to think of it as a scary thing. Ones and zeros, bits and wires, fixing WiFi and calling Comcast. But in reality, code is just English. It’s used to convey an idea, and so if I could demonstrate the beautiful, human, verbal side of code, and show people that it can literally be poetry, then I’m doing my job evangelizing the version of tech that I love. And to me, that could only be done through the novel in verse format.

JK: How did your experiences as a woman in the tech industry influence this book?

AL: I’ve spent a lot of my career being asked to speak on panels about diversity in tech, or being asked to mentor young girls who were interested in being software engineers. I’ve given countless Skype talks, and attended dozens of Women in Tech conferences, and there’s a part of me that loves this work. But there’s also a part of me that feels like it’s not enough if it’s not done in conjunction with a massive media overhaul. We internalize our visions of ourselves, and who we can become, through a combination of the people with whom we surround ourselves and the media we consume. And so I see media representation as the next milestone. So, as great as it is for women in tech to mentor young girls in tech, I felt like the best thing I could do to get more women in tech was not just to be one, but also to write about them.

But, of course, there’s a dark side to being a woman in technology. And I don’t like to emphasize it because sometimes I think we talk so much about sexism in the world of tech that we scare off the very people who can help fix it: the girls! But at the same time, in writing a book about young girls learning to love computer science, I felt like it would be irresponsible not to at least touch on the fact that sexism is, unfortunately, a likely thing that these characters would experience. But I felt it was important to make sure that it didn’t steal the focus of the story. This is not a book about girls fighting a sexist boy in a computer class, it’s about girls loving computers. This is what I needed to see growing up, and so I wanted to be the reason it exists for the next generation.

JK: Can you tell us about your writing process? Did it involve coding, music, or both?

AL: As I was writing Emmy in the Key of Code, I was working full-time as a software engineer. I was coding in Java, just like Emmy and Abigail, and so much of the “research” of this project was done during my nine-to-five. It was highly convenient.

As far as music goes, the drafting stages of Emmy happened right around the same time that I started getting into musical improv. So, I was spending a lot of time thinking about song structure, and rhyme, and rhythm, and what lyrics make a song sound interesting, as opposed to boring, or forced. Some of this absolutely made its way into the final draft of Emmy, which you can see in rhyming poems, the poems that have a repeated start or end phrase, and even with the recurring refrain of “public static void main string bracket bracket args.”

Also, after three years of talking about Emmy’s ugly yellow piano, I finally decided to buy my own piano! It is neither ugly nor yellow, but now it’s what I picture Emmy’s dad playing on as he practices his song for the symphony.

JK: What experiences do you hope your readers will take away from reading your book? Do you think coding, like music, will be a universal language in the future?

AL: I hope that readers come away from reading Emmy in the Key of Code understanding that code doesn’t have to be scary. It’s just English, it’s just a tool, it’s just poetry, and if they wanted to learn it, they could. I also hope they come away from it realizing that the classes that we take in school sometimes seem like polar opposites (soccer and physics, math and music, coding and writing) but in real life, they aren’t that different at all.

When kids are little and they’re asked what they want to be when they grow up, they give these marvelous answers: scientist/rock star/janitor/painter/dog/chef/pilot. But as time goes on, they somehow learn that they can only pick one. They can be a musician OR a software engineer OR a writer, but certainly not two and definitely not three!

But in reality, we can be all of these things. OR and AND don’t have to be opposites, because in the world of computer science, OR actually includes AND. There’s even a term for it: inclusive or! It looks like this: “||”

So whenever we’re faced with a choice between two things, we don’t have to choose just one. Instead, we can just say, “Yes!”

Find out more about the author at aimeelucido.com.