Allie Rowbottom is the author of the debut memoir Jell-O Girls: A Family History, an Indies Introduce Summer/Fall 2018 selection and an August 2018 Indie Next List pick. 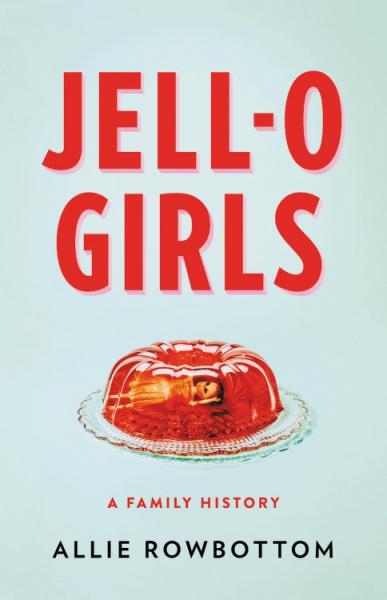 Michael Herrmann, owner of Gibson’s Bookstore in Concord, New Hampshire, who was on the panel of booksellers that selected Jell-O Girls for the Indies Introduce program, said that Rowbottom’s book — part family history, part history of an iconic dessert food — “might be expected to be bland, like the official history of America, suburbia, and mid-20th century culture, but it is anything but. This story of a dessert and of a family is dark and deeply personal.  Advertising pushed a narrative of domesticity, normalcy, conformity — but the truth was something completely other.”

Rowbottom received her MFA from the California Institute of the Arts and her PhD in literature and creative writing from the University of Houston. Her writing has been published in The South Loop Review, PQueue, Hunger Mountain, The Rumpus, and many other publications, and she has received awards or notable mentions from The Florida Review, The Best American Essays of 2015, and The Best American Essays of 2016. She lives in Los Angeles. 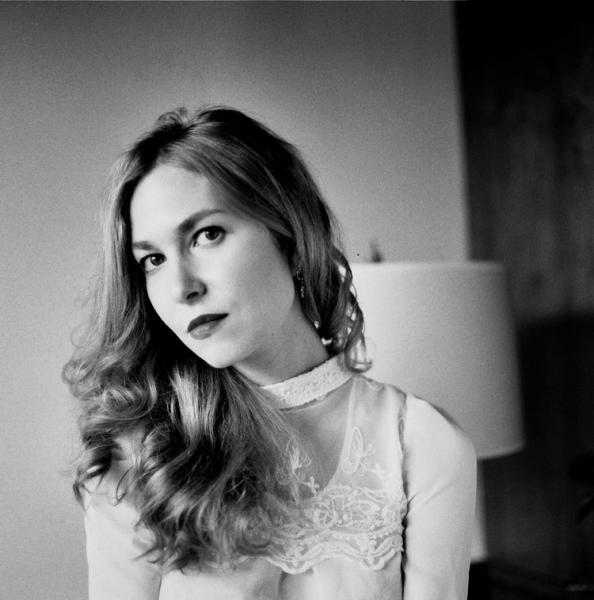 Here, Herrmann and Rowbottom (whose great-great-great-uncle bought the Jell-O patent in 1899 for $450) discuss the patriarchal power structure that was inherent in the company and how that affected the women in her family.

Michael Herrmann: Which came first to your mind: this story as memoir, or this story as cultural history? Did one evolve from the other?

Allie Rowbottom: This book came first as a memoir, perhaps because my mom had worked on a memoir of her own for most of my life, but more likely because the experience of taking care of her during her illnesses felt like something I needed to write about. But I always knew I wanted it to reach further than the bounds of her life and mine — there was always something I wanted to say about the experience of womanhood and girlhood in a patriarchy. The history of Jell-O has a personal tether to my grandmother, my mother, and me, but it is also so emblematic of American culture and American feminism. It felt like the right way to braid the personal and political, if you will—or to show their inextricability.

MH: Some readers may snicker at the notion that your family was beset by a curse connected to their great wealth. How do you respond to the “first-world problem” critique?

AB: I wouldn’t disagree with the critique that great wealth presents a feeble curse and to complain about it reveals the extent of the complainant’s privilege. The book arrives at a similar understanding: contrary to what some family members believed, it wasn’t wealth that cursed anything, but a power structure —both familial and cultural — that privileged heteropatriarchy and oppressed everyone else. Everyone is miserable in a patriarchy. Patriarchy, not wealth, is the curse.

MH: Is this first and foremost a feminist story?

AB: I would say this is first and foremost a story about mother- and daughterhood and, in my mind, to be a mother or a daughter, or both, is to have a relationship with feminism. To be a woman is to have a relationship with feminism. Which does not mean that all women identify as feminist, obviously. But to me this is a book about what it means to have a body, a mother, a daughter, in a patriarchy, which means it is an inherently feminist story.

MH: Do you see any equivalents of Jell-O in today’s marketplace — products that are marketed as liberating, or products sold as nostalgia, but that are not as innocent as they appear?

AB: Absolutely, though it’s hard for me to point to specifics because I try to stay away from advertisements, and I don’t watch TV or read magazines. Ultimately though, I think capitalism relies on nostalgia and sentimentality and any attempt to get you to buy something is laced with an ulterior motive. Nostalgia, from the Greek word nostos, is rooted in homecoming, return. It seems like a fairly universal yearning as we age: to return, and, weirdly, it seems like this is true even if our past was unpleasant. It’s hard to be in the present moment, especially when to stay present in the world we live in is to absorb incessant messaging about how and why we are lacking, not to mention the current political trauma we’re living through.

MH: What did you leave out of the book that you wish you could have found a way to include?

AB: I got a lot in! But I did have some scenes of my mother’s young girlhood that I cut, despite loving them. More holistically, I write in Jell-O Girls of some early sexual trauma my mom experienced, trauma which shaped her life. There was more, and I struggled about how to include it as to do so would be to take the reader on a bit of a tangent plotwise. In the end, I decided against it, but it was hard because I think, for her, it was important to give testimony of how her body was violated, and how she then struggled to reclaim it.

Find out more about the author at allierowbottom.com.