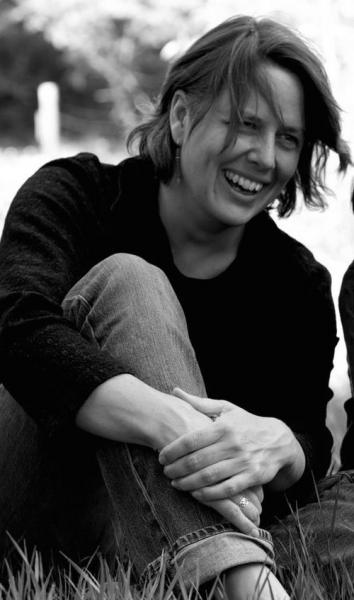 Bonnie-Sue Hitchcock is the author of The Smell of Other People’s Houses (Wendy Lamb Books), a Winter/Spring 2016 Indies Introduce debut for young adults and a Spring 2016 Kids’ Indie Next List pick.

Set in Alaska in the 1970s, The Smell of Other People’s Houses is the coming-of-age story of four teenage friends — Ruth, Dora, Alyce, and Hank — navigating through life just as Alaska becomes part of the United States.

The Smell of Other People’s Houses is “a sensory experience,” said Marya Johnston of BookBar in Denver, Colorado. “You can smell the salty air, hear the pull of the tide, taste the snow. Every page will delight you; every character will feel like an old friend. Hitchcock’s novel will make you homesick for places you’ve never seen.”

Hitchcock was born and raised in Alaska, where her family has lived for four generations. In addition to working with her family in commercial fishing, Hitchcock has been a reporter for Alaska Public Radio stations around the state and the host and producer of Independent Native News, a daily newscast focusing on Alaskan Natives, American Indians, and Canada’s First Nations. 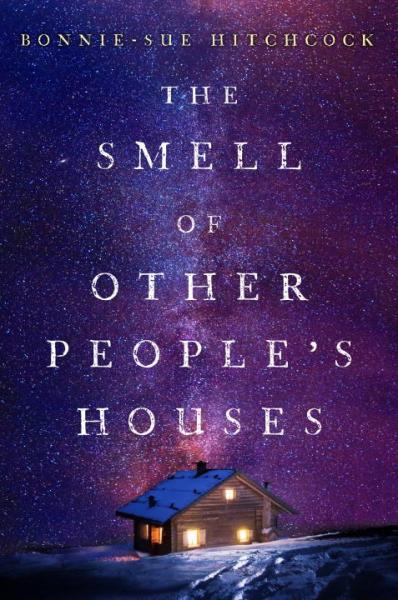 The title of your debut evokes such a particular feeling, as the sense of smell is intricately tied to memories and emotions. What is it about unfamiliar scents that can create a sense of longing for something different?

Bonnie-Sue Hitchcock: Once I realized smell was going to be such a significant aspect of the book, I had to work at writing about the characters’ sensory lives in a way that didn’t get completely overwhelming and sound contrived. It wasn’t a difficult thing to tap into, and I hear a lot of stories now from people who read the title and then tell me their most memorable experiences having to do with smell — a neighbor’s house or a grandmother’s cooking. I love that it resonates with so many people, even those who find it a tad off-putting.

The Smell of Other People’s Houses was originally a series of short stories. What was the process of weaving the stories together into a novel like?

BSH: I had a lot of help from my editors, both in recognizing that the story should be told differently and then with how to make that happen. I think in some ways, even after four huge revisions, it does retain a short-story feel in each chapter. It was such an intense process — and it was really difficult — but really rewarding, too. There were days when it felt impossible and days when I was so engrossed that I couldn’t come out of it to talk to real people. The characters who had the loudest voices or the most compelling stories got to stay, but many of the secondary characters still exist because they were integral to the plot. Deciding which characters to keep and which ones to completely recreate was the hardest part, and keeping them straight took a lot of charting and diagramming, which I did on pieces of freezer paper that I taped together and hung on the wall.

The Smell of Other People’s Houses is written from the varying viewpoints of four narrators. Which voice did you connect with the most?

BSH: I really connect with Ruth the most, and she was the character I wrote first. She is a combination of many people in my family and lived in an environment that was very similar to mine, growing up in Birch Park and being raised Catholic. But I did not live with a terrible grandmother or have missing parents, so it was fun to take real situations and then completely shake them up to create a totally fictional story. If you’d asked me who I like the most, I would say Dora. She is representative of so many girls I reported on while I was a journalist, and those stories often have no resolution, which is something I’ve had a hard time with over the years. Those real stories have stayed with me, and I couldn’t not write about them, even in fiction.

How did your experience as a journalist influence your writing?

BSH: I think being a radio reporter for 15 years was extremely helpful because every single day I had to write a complete story, even if it was only a four-minute radio piece. When you asked about the process of weaving all my stories together for The Smell of Other People’s Houses, the honest answer is that it was very similar to crafting a radio story, deciding which sources to use and which sound bites to weave into it to best tell the story. I think about audience a lot, and as a reporter I sometimes had to write about things that might sound boring, like oil and gas exploration or magma. You can’t make everything interesting to everyone, but crafting a story in a way that makes it meaningful to people who wouldn’t normally think so is a challenge I rather enjoyed. As a novelist, I try to think of each chapter as if it is a story I’m telling on the radio, and that helps me keep the dialogue flowing or move the story forward so it’s not stagnant. Journalism, specifically radio reporting, has definitely shaped my writing.