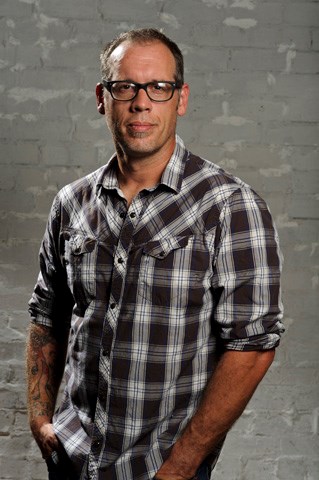 Brian Panowich is the author of Bull Mountain (G.P Putnam’s Sons), a Summer/Fall 2015 Indies Introduce title and a July 2015 Indie Next List pick.

In Panowich’s debut, northern Georgia’s Bull Mountain is home to the Burroughs clan, a multi-generational family of illegal drug suppliers headed by Riley and Cooper Burroughs. For decades, the clan has avoided the law, and to keep the peace, young Clayton Burroughs takes a job as sheriff in a nearby town, where a federal agent begins to stir up trouble.

Bill Carl of Booksellers on Fountain Square in Cincinnati, Ohio, called Bull Mountain “a stunning crime fiction debut, a hillbilly noir that has its roots embedded firmly in the soil of Elmore Leonard and Daniel Woodrell.... Every scene is necessary, and the twists, especially toward the terrifying ending, come fast and furious. What a remarkable debut!” 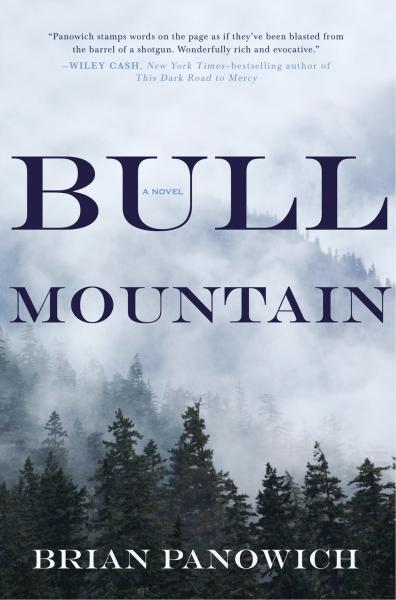 How did Clayton Burroughs develop as a character?

Brian Panowich: I was listening to the song Up On Cripple Creek by The Band one day, out riding my mountain bike, and although I’d heard that song a thousand times before, something about the first line, “When I get off of this mountain, You know where I want to go,” stuck with me for miles. It took me a little while, but I realized soon enough that it was the first time Clayton Burroughs started talking to me. No other way to explain it. I began to conceptualize Clayton that day out of a sense of longing to be anywhere other than his beautiful mountain home. Why would a man do that?

I initially made him a construct of me, at least the best me I thought I could be, but threw in a lot of my father and father-in-law, and the flaws that come along with any son’s relationship with his old man. I took long drives through North Georgia, blaring outlaw country songs until I started to see the region like I imagined Clayton would. I even named him “Clayton” after Clayton County, Georgia, where I normally ended up during those drives. Then I started to write. It wasn’t too long after his story began that he shed my vision of him completely and became his own person, whose burdens and hardships were his own to bear. Once he became driven mainly by the guilt of being a letdown to his father, and not earning the respect of brothers, in a place that puts kin above all else, I knew I had a tragic figure that might interest people.

The Blue Ridge Mountains have a deep history of bootlegging. What process did you use to create the very detailed setting of the fictional Bull Mountain? How did your research influence the process?

BP: My process for developing everything about this book, including the setting, was pretty simple. I spent time there. I still do. I’d listen to the conversations happening around me, at hardware stores and two-pump gas stations, no matter how arbitrary they might have seemed. While I was writing, I asked the locals a lot of questions, and found most folks up here are pretty forthright about sharing what they know about the history of the foothills. It’s a badge of honor for a lot of folks. I used that sense of pride and honor and tradition to dictate the actions of my fictional family. As far as the details describing the place, those mountains speak for themselves. I just had to write down what I saw. I let the woods, creeks, and trees, the sprawling landscape, the humidity and wildlife do the work for me.

Bull Mountain has been described as literary fiction, crime, and Southern noir. Have these genres influenced your writing? How would you describe your writing style?

BP: I think all of those labels work for this book. I also think there could be a thousand more. Or none at all. Books need to marketed, I get that, but I never set out to fall into any particular category, especially anything considered highbrow. I’m, of course, a huge fan of writers who are put into those groups. Stellar Southern writers like Tom Franklin, Wiley Cash, Larry Brown, and now David Joy and Jamie Kornegay are massive influences. So are legendary crime writers like Elmore Leonard and James Ellroy, as well as under-the-radar talent like Chris Leek and Ryan Sayles, but not because of the love of genre, but for writing kick-ass stories. Larry Brown wrote great stories. Period. If he lived in South Dakota instead of Mississippi and wrote horror stories instead of rural dramas, they would still be kick-ass stories. I had a conversation with David Joy a few weeks back about the lack of “working-class literature.” I liked what he said, so I’ll use that. I’ll describe my style as accessible Working Class lit. Everything these days is polished and neatly stacked in piles according to commercial viability, and that’s a shame. We need more Larry Brown. We need more kick-ass stories that serve one purpose: To be fun to read. And if my story makes you think a little, or has a profound effect in the process of having that fun, then that’s a bonus, not the point. That’s what I hope to be able to do.

The Burroughs clan is extensive. What more can we look forward to from the Burroughs family and Bull Mountain?

BP: Bull Mountain was always intended to serve as a springboard to stories about other characters that populate my McFalls County, Georgia. Considering the format and timespan covered in the book, it’s very possible to go back and write about Riley and Cooper Burroughs as boys, before the family took a turn for the worse, long before Prohibition, a story more in the vein of Tom Sawyer or Huck Finn. Not being fenced into a particular timeframe or timeline is liberating and something I can’t wait to explore.

But next out of the gate, expect to see a lot more of Clayton’s wife, Kate Burroughs, who became my favorite character on Bull Mountain and demanded early on to have her own story told. I absolutely love writing her.

Bull Mountain is off the beaten path. What path do you take to find new books to read?

BP: I normally hit Goodwill or used bookstores and look for cool covers. If the flap sells me, then I take it home and give it shot. If it’s an author I really dig, I normally end up hunting down the hardcovers through my local shop, The Book Tavern. I’m a pretty relentless collector. These days, though, I don’t have to go looking for great books. They find me, and that’s definitely one of the best perks about working with such an amazing publishing house like Putnam. They’ve been great in filling my shelves with lots of badass books.