C Pam Zhang is the author of How Much of These Hills Is Gold (Riverhead Books), a Winter Spring 2020 Indies Introduce adult selection and an April 2020 Indie Next List pick.

Indies Introduce panelist Jake Cumsky-Whitlock of Solid State Books in Washington, D.C., called Zhang’s debut “a visceral, remarkable western, told from the point of view of a newly orphaned Chinese-American girl and her sibling as they struggle through a harsh and unfamiliar landscape of mountains and men, prospectors and gamblers.”

“Their fates forever intertwined, the siblings nonetheless make their way alone, striking opposites despite their shared past — one which, try as they might, they cannot outrun. With gorgeous prose, C Pam Zhang has crafted an unflinching portrait of burgeoning adulthood, solitude, and the search for home,” said Cumsky-Whitlock.

Zhang was born in Beijing but spent most of her life in the U.S. She attended Brown University and has studied at Cambridge University and the Iowa Writers’ Workshop. She has lived in 13 cities and currently lives in San Francisco.

Here, Cumsky-Whitlock asks Zhang about the influence of westerns and the development of the characters central to her story.

Jake Cumsky-Whitlock: What made you want to write a western? Have you always been a fan of the genre, and do you have a favorite western? 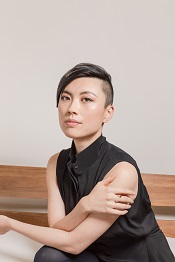 C Pam Zhang: A formative book was Little House on the Prairie, with its grassy plains and themes of rugged individualism and western exploration. I’ve read the entire series at least a dozen times, smudging many library copies in the process. There is something epic and fiercely romantic about stories of small people set against the backdrop of the West. I tore through Steinbeck’s oeuvre, and fell in love with Lonesome Dove. That said, these are all examples of westerns embraced by the literary canon. I’ve never read a pulp western, and don’t watch them. But western tropes have so saturated American culture that I don’t have to.

JCW: Central to your novel’s story is the relationship between siblings Lucy and Sam. Do you relate to one more than the other? Did you have a sibling relationship to draw upon?

CPZ: Lucy and Sam came to me as a pair. The first scene sprang out of a moment of tension between the two of them, and that tension became the livewire that sizzled through the first part of the novel —nearly every part of the novel, in fact. I’ve always been interested in characters that serve as foils to one another. There is great potential in those relationships. I have a younger sister, though our relationship isn’t nearly so fractious. Fiction is a wonderful sandbox to explore extremes that we don’t find in our lives.

JCW: Sam is what would today most likely be considered transgender, a distinction that is handled in a fairly matter-of-fact manner by Lucy and her parents. Was it difficult to imagine a character like this in that world?

CPZ: It’s important to remember that transgender people and queer people have been around for a long, long time — it’s simply that they’ve been erased from most of recorded history. In that sense, imagining Sam’s existence wasn’t hard at all. Transgender people in the modern age still have to fight stereotype and bigotry, hide themselves, and learn protective measures. It’s more accurate that I imagined Sam first, and the world that Sam either reacted to or shaped second. It was important to give Sam that level of humanity and respect.

JCW: So much of our view of Chinese American immigrants in the Old West centers on the railroad industry. Was it important to you to provide an alternative to this oft-told story?

CPZ: The railroad wasn’t in the first few drafts of this novel! When I introduced it later, however, it just clicked. The building of the Transcontinental Railroad — and the crucial, but invisible, role that Chinese immigrants played in it — was the perfect vehicle for themes I’d been wrestling with: the civilizing of the West, labor and opportunism, the exploitation of immigrant dreams, the unequal distribution of wealth. Plus, there is something forceful and unforgettable about the image of the railroad cutting into the last and wildest part of this country. It signals a brutality and finality that are chillingly American.

JCW: What are you currently working on?

CPZ: I’m superstitious about this, because what I’m working on can so easily be something I tuck in a drawer forever. I can’t really tell if something will work until the magical moment when it finally does.

Find out more about the author at cpamzhang.com.