Candice Carty-Williams is the author of Queenie, a Winter/Spring 2019 Indies Introduce selection and April Indie Next List pick. 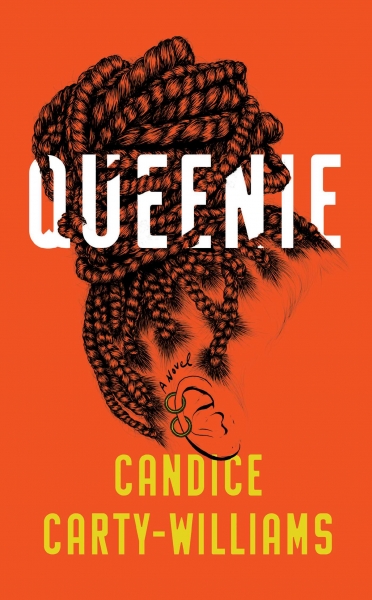 Carty-Williams is based in South London and works as a senior marketing executive at Vintage. In 2016, she created and launched the Guardian and 4th Estate BAME Short Story Prize in support of underrepresented writers. Her writing about blackness, sex, and identity has appeared in i-D, Refinery29, and BEAT Magazine, among other publications.

“Seldom have I read anything so tremendously funny, and so moving,” said Myles Mickle of Village Square Booksellers in Bellows Falls, Vermont, a member of the adult Indies Introduce panel that chose Carty-Williams’ debut. Mickle called Queenie “entertainment that smashes expectations of sexuality, gender, and race. For Queenie, a miscarriage is the beginning of a long and painful journey out from under the bell jar, but she inspires with her grit and humor. Queenie is all the more remarkable because of its rich supporting characters." 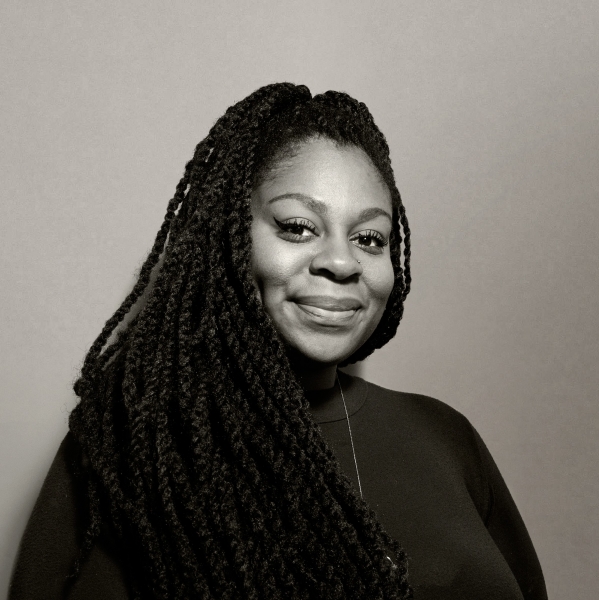 Here, Mickle and Carty-Williams discuss her motivation for writing the book and how she developed her characters.

Myles Mickle: At Winter Institute, you said that your motivation for writing Queenie comes in part from your own experiences. Could you talk more about that?

Candice Carty-Williams: One of the reasons I wrote Queenie — or felt like I needed to write it — was because growing up, not seeing myself damaged me in ways I’m still trying to process at the age of 29. If I did see a black girl in a film, book, or TV show — let alone a curvy one — first of all, she was American; second, she was the loud, sassy best friend, she was the strong mammy figure, the sexy, exotic conquest to be discarded, or the magical negro. I tried to become so many versions of those tropes and failed miserably. I’m not sassy, I’m pretty shy. I’m only loud when I’m comfortable in the group I’m in (not often). I have been the sexual expedition of white men. And while I’m great at appearing to be the strong friend, in reality I find it massively draining. Because of this, I wanted not just to create a black woman character who contains multitudes, but by adding her family and Kyazike to the novel, I wanted to show a diversity of black women.

When I wrote Queenie, one of the storylines was inspired by being on one dating app and one of my white best friends being on another. We realized we were talking to the same guy (white, bearded, trendy — we all know the type), and when we compared and contrasted the opening messages he’d sent us, he said to my friend, ‘Hey. Nice to connect with you. I’m [name very much redacted] and I work with kids as a [job also redacted]. We should grab a coffee sometime.’ To me, he said, ‘Want to take a day off work so I can come to yours and f*** you senseless?’ A week or so later (I said no, obviously) he was still suggesting a cute coffee-meet to my friend, while sending me pictures of himself masturbating to my face on his computer screen. This sort of thing still happens, along with the microaggressions, macroaggressions, hair grabbing,  and much, much more. I think part of writing this book was therapy, if anything.

MM: This novel is laugh-out-loud funny, heartbreaking, and inspiring. There’s so much going on — was it hard to keep that balance?

CCW: Not especially, mainly because I’ve always been taught that if you don’t laugh, you’ll cry. I’m lucky enough to come from a family of women who laugh at everything, including me. When I was writing Queenie, I did a draft that was kind of like an a-to-b version of events just so I didn’t lose control of the arc, but knew exactly where I needed to add comedic texture when I went back over it. I don’t know anyone who has a perfect life, and I know that mine has been one of extreme variables, but I’ve always managed to laugh at stuff. I think it helps that I don’t take hardship too seriously. Two of my best friends — the book is dedicated to them —passed away within two months of each other when I was 25, and because of that, I’m mainly just grateful to be here, you know? So when my own love life is laughable (which it often is), when my mental health feels like it’s spiraling, or when I get shut down or feel like I’m not enough, I try to find some humor in the pain to move through it.

MM: “The Corgis,” Queenie’s closest friends, are a source of humor and support and friction. Their text conversations were one of my favorite aspects of the novel. Was it difficult to incorporate that into the book?

CCW: Ha! I love them so much. You shouldn’t laugh at your own work, but whenever my editor asked me to do revisions, I’d always laugh at those group chats. In terms of incorporating them, there were no Corgis in the first version, until my American editor Alison said, ‘Hey, I like this dynamic at the fireworks display with all of Queenie’s friends together. Could we have a few more of those?’ I thought, ‘Well it’s not that realistic for a disparate set of people, let alone close friends to spend that much actual time together because nobody ever has time to in their 20s, so maybe I could make it digital?’ and thus the Corgis were born. Adding those chats in was a complete pleasure. I could see each of the personalities of the girls coming through the messages. Kyazike, for example, is chatty in real life but doesn’t have that same energy over text, Darcy continues to try and diffuse everything and/or find a positive in it, and Cassandra is so anal that she adds full stops after every message. Who even does that?

CCW: Yes, definitely. Me and Queenie are in no way the same, but I definitely know what it’s like to put yourself second. That’ll happen when you’ve only ever seen yourself as the sidekick. I think I really wanted to create a character who had no relationship with herself to show how that can lead to self-destruction. When you don’t see the value in yourself because of how people treat you, your actions are going to show that.

MM: Queenie is such an amazing character. With all her courage and frustrating self-doubt, she was a revelation and I recognized in her so much of what I’ve seen in my family, friends, and peers. Her journey is her own, but many readers will see themselves in her. What would you like those readers to know?

CCW: I want those readers to know that whatever you’re going through, it will get better, and that sometimes it really is darkest before the dawn. Queenie’s journey is one that is full of ups and downs (mainly downs, let’s be honest), and while heartbreak might be the driver of the novel, there’s a lot of past stuff that Queenie is forced to deal with that’s forcing its way to the surface. We all have “stuff,” each and every one of us, and it’s important that we try to process it when we feel ready, because it’s always going to be there and we don’t know what’s going to unlock it.  I also want readers to know that however reckless, irresponsible, or frustratingly obtuse you might be, you are not alone in it. That’s the main thing. I wanted to write a book that shows readers that none of us are on this journey by ourselves, and that there’s no such thing as the perfect woman. I’m all for flaws!

Find out more about the author at candicecartywilliams.com.