Chip Cheek is the author of the new novel Cape May (Celadon Books), a Winter/Spring 2019 Indies Introduce selection and a May Indie Next List pick. 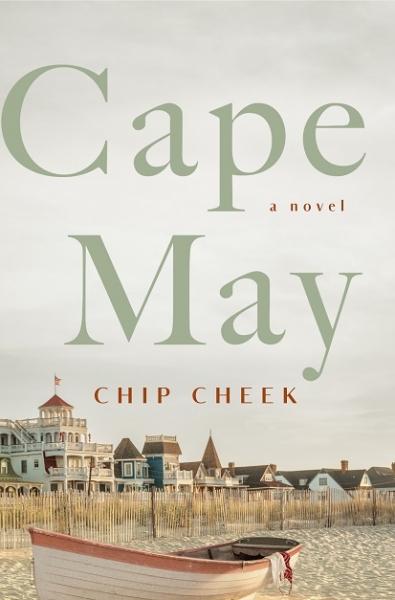 Cheek was born in Georgia, grew up in Texas, and currently lives in southern California. He received his MFA from Emerson College and worked for years at the Grub Street community writing center in Boston. His writing has won him multiple scholarships and awards, and has appeared in publications such as The Southern Review, Harvard Review, Washington Square, and others.

“We meet just-wed high school sweethearts Henry and Effie in 1957 as they embark to the beach town of Cape May, New Jersey, for their honeymoon, knowing little of the world beyond the Georgia farms and fields where they were raised. When they are befriended by a clutch of worldly dilettantes, Henry and Effie come to realize just how little they know about each other,” said Lori Feathers of Interabang Books in Dallas, Texas, who served on the Indies Introduce panel that selected Cape May.

“Chip Cheek’s impressive debut vividly captures an end of innocence and the awakening of desires that will indelibly mar the way that Henry and Effie see themselves and their marriage. With poignant, descriptive writing, Cheek beautifully evokes the restless idealism of youth and the swift corruption of a young couple’s dreams for their idyllic future,” Feathers said. 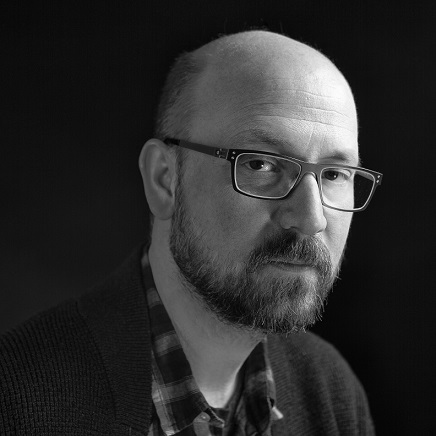 Here, Feathers and Cheek discuss the author’s choice of time period and location as the backdrop to his characters’ story.

Lori Feathers: What inspired you to set your debut in the year 1957 in the coastal town of Cape May, New Jersey?

Chip Cheek: The place was inspired by my friend Lizzie Stark’s beach house in Cape May. She’s a writer, too, and for several years — until her parents sold the house a few years back — she and I and some other friends would travel down there from Boston for week-long writing retreats, often in the off-season, when the town was relatively empty. We’d write all day in our separate rooms, and at 5:00 every evening meet downstairs for cocktails and dinner. Lest this makes us seem glamorous like Clara and her friends, I should add that this was when we were dirt-poor grad students and freelancers with flexible schedules. Anyway, I loved Cape May, and came to associate it with this gloomy, off-season atmosphere — and also boozy nights with close friends. The layout of Aunt Lizzie’s house in the book is based almost exactly on my friend’s house. My room was always the attic room.

As for the year, I struggled with that question for a long time, and didn’t actually settle on the time period until after I’d finished the first draft. This book grew out of an earlier novel attempt, which was set in the ’20s, and over the course of writing the first draft I experimented with different eras — even, very briefly, the present day. I eventually settled on the ’50s, because if it was set too much earlier, the action wouldn’t feel plausible, and if it was set too much later, it would lose its charge. So the story came first, and I chose the time period that I thought matched up with it in the most meaningful way.

LF: Cape May begins with high school sweethearts Henry and Effie embarking on their honeymoon from their home in rural Georgia. They have bright hopes for their happiness but also a good deal of misunderstanding about each other. How did the 1957 setting of the novel affect how you depicted the first days of their married life?

CC: I was interested in imagining getting married in a time when people, especially women, were expected to marry very young, and to hitch themselves for a lifetime to another person without first getting to know that person beyond dates and holding hands. I loved playing with that tension, trying to capture those intense — and intensely awkward — first moments of discovery, and then the more complicated matters of personal habits, routines, how they’ll simply sit still with each other, and so on. I started working on Cape May just a few months after I got married — to a person I’d known for many years and was as comfortable around as it is possible to be — so I guess the subject had been kicking around in my head for a while. I believe Henry and Effie are more or less good people who are more or less well-inclined to each other. But they marry at what most of us today would consider an absurdly young age. They don’t know each other very well, but more importantly, they don’t know themselves. The chances that they will turn out to be perfectly suited to each other are very low. On the other hand, finding a perfect partner — a soul mate, if you will — was not the expectation at the time.

LF: The sophistication and hedonistic lifestyle of Clara and her friends make a deep impression on the couple, and this influence culminates in a moment that will forever change Henry and Effie. What do you think their married life would be like 10 years on if the couple had acted differently at that decisive moment?

CC: I love thinking about this question. I can imagine Effie and Henry both secretly lamenting that moment (and others) for the rest of their lives. “If only we’d never met those people!” they might think. But I believe the truth is that their marriage would not have been much different if they had managed to avoid that moment. Maybe the newlywed glow would have lasted longer, but eventually, somehow or other, they’d have revealed themselves to each other. When people act rashly, when they do things that make them say afterward, “I was not myself,” the truth is usually the opposite: in those moments people are very much themselves, but with no self-consciousness, no social or moral check. That’s why moments of high drama are such great places to show character. It’s not so much that Clara and her friends make a deep impression on Henry and Effie, though in certain ways they do. It’s that they bring out what’s already there: they make their unspeakable desires permissible.

LF: What books and authors influenced your decision to become a writer?

CC: I’ve wanted to be a writer for as long as I can remember, so I always knew I’d be doing it, in addition to whatever else I had to do to make a living. I have a copy of a “novel” I wrote when I was eight years old, called The Man Who Saw Heaven, which involves breakdancing, the Great Depression, and volcano eruptions. As a child I mostly read books about science, and I wrote stories incorporating what I read. The first literary author who made an impression on me was Carson McCullers; her novella The Ballad of the Sad Café hit the perfect note of gloominess for whatever age I was at the time — 13 or 14. Plus, she was from my home state of Georgia (I was born in Georgia but grew up in Texas). Later I found another Georgian, Flannery O’Connor, who blew my mind in a more serious way — not just because the stories were so good, but because her language, especially how people spoke, gave me a shock of recognition: this is about my people, I thought, and it made me realize my family and my experiences could be material for great fiction. Later, when I was more seriously devoting myself to writing, I was mostly under the influence of Alice Munro and Marilynne Robinson. I think I owe a lot of my sensibility as a writer to those two.

LF: What have you been working on since Cape May and what sparked your interest in this new writing project?

CC: This is a fraught question for me. Almost as soon as I finished Cape May, my wife and I had a baby — in fact, I raced to finish the book before the due date, and just barely made it — and the book sold just two or three months after that. Then we moved across the country, from Boston to the Los Angeles area, to be closer to my wife’s family. So this has been a time of overwhelming change in my life — most of it extremely good, but still, overwhelming — and I haven’t gotten my bearings yet. Aside from a few bursts of productivity here and there, I’ve written virtually nothing since Cape May. Some people can write anywhere and in whatever circumstances, but I am not one of those people. To paraphrase Flaubert, I need my life to be orderly so that I can be wild in my work, and my life has been anything but orderly lately. But things are gradually coming together, and I’ll get back to writing soon. I have to; I feel at loose ends without having a fictional world to turn over in my head.

Find out more about the author at chipcheek.com.