Curtis Dawkins is the author of The Graybar Hotel (Scribner), a Summer/Fall 2017 Indies Introduce adult debut and a July Indie Next List pick.

“These stories are raw, eloquent, and captivating,” said Courtney Flynn of Trident Booksellers & Café in Boston, Massachusetts. “The writing is sharp and clear, and dives directly into the complicated and human realm of prison life.”

Dawkins has a master of fine arts degree in fiction writing from Western Michigan University, and his writing has appeared in VICE and The Big Smoke. Dawkins, who has struggled with drug and alcohol addiction and writes from prison, is currently serving a life sentence after killing a man during a botched robbery in 2004. This collection of stories centers on the lives of inmates and how they cope with their incarceration.

Communicating through e-mail via Dawkins’ publisher, Flynn talked with Dawkins about his book and the impact prison life has had on his writing. 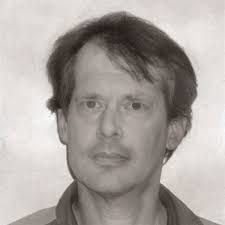 Courtney Flynn: Prison life has found its way into the subject of your stories, but has being in prison affected your writing style as well?

Curtis Dawkins: That is a great question, one I had never considered. If anything, I think there is always a sense of claustrophobia that I try to impart, one highlighted by its opposite when the characters go outside, or home in their mind.

I don’t know if I ever pull it off. That probably goes without saying for every writer. There is a constant “heaviness” in incarceration, and I know that feeling affects how I feel while writing. As far as literal sentence structure is concerned, I would be willing to bet the writing is sparser than, say, 20 years ago. At least it feels like it SHOULD be!

CF: We’ve seen prison portrayed in movies and TV shows, but your book actually breathes life into the everyday experience of long-term imprisonment. Are these stories an attempt to raise awareness of the realities and injustices that prisoners face?

But my number one focus was, first, the stories. A person cannot write, or make art, with an agenda. But I do want to give a voice to the poorest and most uneducated among us. And that is 90–95 percent of everyone who is locked up. Which sounds like an agenda, but not if it’s phrased this way: I wanted to tell these guys’ stories. Now, it is impossible to tell these fictional adventures without running smack dab into the realities of all sorts of other things: poverty, addiction, abuse, violence, injustice, a lack of focus on the importance of education — the entire gamut of societal ills and successes from the beginning of time, super-concentrated right here where I live. 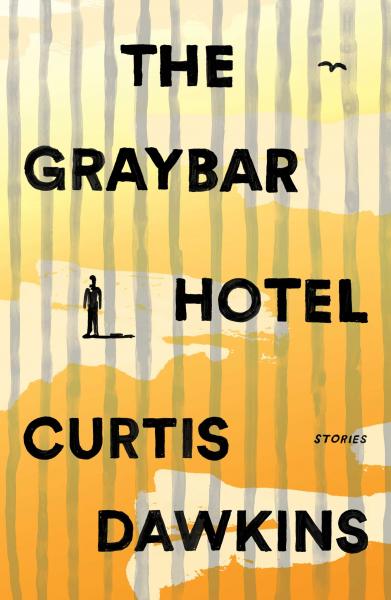 CF: How and when do you find time to write?

CD: Prisoners are not allowed PCs of any sort that can print documents because a few years back a guy forged a court document granting his immediate release. He almost pulled it off. Consequently, we cannot even buy typewriters with memory. However, when I got to prison in late 2005, we could, and I did, buy a Swintec with a memory of 128,000 characters, which equals about 68 double-spaced pages. Prisons cannot enact a policy directive then ex post facto take away your legally purchased property. I do not know what I would do without my Swintec 2416DM CC (clear cabinet)! A typewriter without memory is basically worthless. Imagine doing legal work without memory. It would be an almost insurmountable impediment.

After I’m good and awake and caffeinated (about 11:00), I get on the Swintec and enter the revisions from the day before, then continue with new content until lunch — around 12:00 or 12:30. I continue sporadically throughout the afternoon.
This schedule is not set in stone, of course. It’s important to be flexible and lighthearted about the whole thing. It’s only writing, and as Jim Leyland, the old manager of the Detroit Tigers, was fond of saying about baseball, “The lives of small children are not at stake.” It only feels that way sometimes. I do some variation of the above every day except Sunday, even if the “writing” only turns out to consist of staring at various things. There is a lot of staring involved in my writing. It would, in fact, be more accurate to call it “staring vacantly at the wall and occasionally typing something.”

CF: What is your reading life like in prison? What writers have influenced you, and are you able to access everything you want to read?

As long as the right process is followed by friends and loved ones who send me books, I don’t have any problem getting them in about a week. The only exception is when I was sent used books in lieu of new, which is a no-no because of smuggling possibilities. And once, years ago, I did not get a book I had someone order because of the subject matter. I believe it was Stewart O’Nan’s Speed Queen. This censorship always seems absurd to me: most of the people I live with, and myself, have done things above and beyond anything fictionalized.

I am influenced by so many writers it wouldn’t be possible to list them all, but here’s a list anyway: Ellison’s Invisible Man. Salinger. Lydia Davis. Renata Adler. Billy Collins. T.S. Eliot. Sylvia Plath. Faulkner and Hemingway. Proust. A lot of playwrights: Tennessee Williams, Pinter, Miller, Edward Albee, especially Who’s Afraid of Virginia Woolf. Virginia Woolf. A Clockwork Orange — Anthony Burgess. Thomas Pynchon. Don DeLillo. I loved those linked short stories by Elizabeth Strout that won the Pulitzer. David Sedaris, who kindly responded to a fan letter I wrote him a few years back. The late Denis Johnson — Jesus’ Son is one of my all-time favorites! I am a huge fan of Bret Easton Ellis. I love(d) the nonfiction of David Foster Wallace. I love the reissues of New York Review Books; I can read men and women I have never heard of! Stephen Wright. My partner, Kimberly Knutsen, an incredible novelist who will have a massive following someday very soon.

Currently, I am reading Pynchon’s Inherent Vice. George Saunders’ Lincoln in the Bardo is on deck.

Reading has always been a huge part of my life, never more so than in the past 12 years of incarceration.

CF: How would you like booksellers to describe your book to customers?

CD: A collection of stories set in, but not about, jail to prison to parole. Most portrayals of incarceration are off base and exploitative of prisoners. They are people who may be guilty of crimes but have been exploited their entire lives. It is time you knew the frightening truth: prisoners are people just like you and your loved ones, no matter the size of your house and the impenetrability of your gates.

Or, it’s an existential metaphor for life, because we are all doing time in one way or another.