Emily Skaja is the author of the debut poetry collection Brute: Poems (Graywolf Press, April 2), a Winter/Spring 2019 Indies Introduce selection, an April Indie Next List pick, and the recipient of the Walt Whitman Award from the Academy of America Poets. 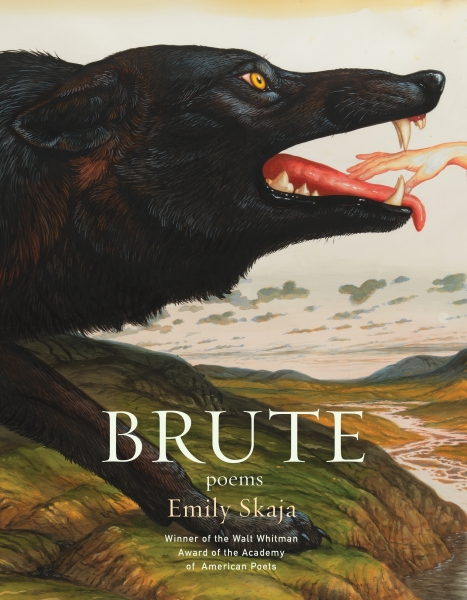 Skaja earned her MFA from Perdue University and is finishing her PhD in creative writing and literature at the University of Cincinnati. Her work has been published in Best New Poets, Blackbird, Crazyhorse, and FIELD among other publications. She grew up in rural Indiana and currently lives in Memphis, Tennessee.

As a member of the panel that chose Skaja’s book for Indies Introduce, Erin Ball of Third Place Books in Lake Forest Park, Washington called it, “visceral, angry, and honest.”

“How can the end of a relationship feel like anything but a gaping wound? Brute will show you how. This is a journey to the heart of loss and back out again; stronger, fiercer. Highly propulsive, these poems tell a story. But much more than recalling a simple breakup, Emily Skaja explores gender and sexuality, and the strength and wildness in femininity and womanhood. Her poems will slice you open to your very soul and then stitch you back together, and you will thank her for it,” Ball said. 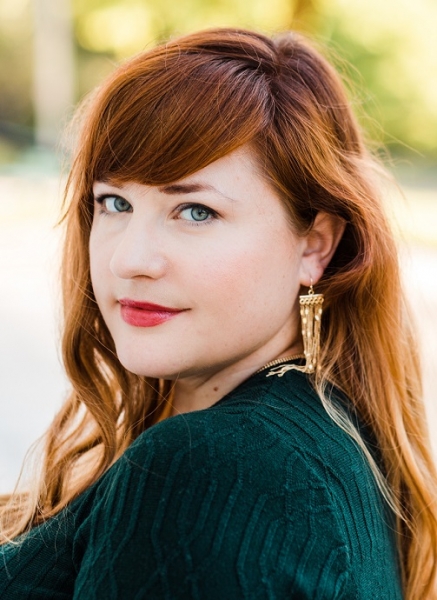 Here, Ball and Skaja discuss poetry in today’s landscape and the deeply personal emotions the author puts on the page.

Erin Ball: Who are your poetry heroines?

Emily Skaja: Oh, I have so many, but if I have to select only a few: Anne Carson, Lucille Clifton, Sylvia Plath, and Aracelis Girmay.

EB: Brute is filled with wild imagery; where does that come from?

ES: I grew up in a small town in a house that sat between two cemeteries (a house that was later torn down to create another cemetery). The house had a large area of swamp woods behind it where I spent a lot of time alone as a kid with just my imagination for company. When I write, I feel haunted by the eerie isolation of that landscape, and those are the images that tend to creep into my poems. I was also trained as a poet to be a collector of strange images, and there is nothing like the natural world for strangeness.

EB: It feels like there is a natural chronological progression to the emotions of the poems in Brute. Loss, grief, anger, strength. Is that how they were written?

ES: I really value this description of the cycles of moods from the book — thank you! I’m an obsessive reviser, so Brute went through hundreds of drafts and rearrangements, and I had some trouble initially deciding how to end it. Because I had cast myself as the deeply flawed heroine of these poems, I felt pressure to end the book with an arc toward redemption — to report, after enumerating my many trials and tragedies, that I was healed. Since I didn’t feel healed, it felt somewhat disingenuous to end by saying, “So that’s what happened, and now I’m over that!” I did try to order the poems chronologically at first, but they didn’t end up that way. Maybe that’s for the best, since my experience of traumatic memory has not been linear either, but is instead made up of associations and fragments. I had a major breakthrough when my dear friend Sarah Rose Nordgren told me that a book doesn’t have to be shaped like an arc; it can be shaped like a spiral. The poems in Brute circle back to the same set of traumatic incidents, so I needed a structure for the book that could accommodate all of that obsession, repetition, relapse, doubt, and doubling back.

After that revelation, I went back to the manuscript and noticed just how many times the speaker of these poems describes the feeling of spiraling out of control or of being trapped in a circle, and I was able to restructure the book to honor that idea. The poems I placed in the last section were the ones I felt spoke with the most distance from the manic, spiraling, grieving self. I’m grateful to hear that the poems in the last section read to you like a person speaking from a position of strength.

EB: It’s a particularly fortuitous time to be releasing a poetry collection about gender, violence, and women’s empowerment. Does the current sociopolitical landscape effect what or how you write? Or is it a completely personal process?

ES: In writing the book, I felt I needed to get the anxiety and fear and despair of these memories out of myself somehow, so I wrote the book primarily for personal reasons. However, even though the timing of the book’s release is coincidental, I think experiences like mine are far more common than one might assume, and I’m relieved to see so many people sharing their experiences now to show solidarity and raise awareness. The compassion and strength of other women has always given me the courage to speak where I might have otherwise stayed silent.

EB: I am not usually a poetry reader, but Brute has turned me into one. How do you convince people that poetry is for everyone?

ES: I’m so glad to hear that! I love a fresh convert. I think poetry, like music, is a field with a million subgenres, and unfortunately, the way a lot people are exposed to poetry is through formal environments like church, school, or even funerals, which makes them feel like poetry is necessarily a stuffy, closed-off, somber, fussy, overly involved affair, full of cheesy rhymes and in-jokes only nerds would get. That’s true of some poetry, but not all! It would be like listening to a recording of one tuba and deciding that music as a whole isn’t interesting to you. We’ve got other stuff besides tubas! There is a poetry for everyone; you just have to find the right one. Let poetry surprise you. For example, the poets Lucille Clifton and Mary Oliver write poems that read like letters from a dear friend, telling you a truth about yourself you didn’t even know you needed to hear. And a poem by Ross Gay takes apart the air around you, atom by atom, and puts it back with all of your emotions in a different place. For a reader hoping to encounter a lot of new poetry at once, I would recommend the Poetry Rx column via The Paris Review, where readers write in with an emotion and the poets Claire Schwartz, Sarah Kay, and Kaveh Akbar prescribe a corresponding poem.

EB: Brute feels deeply personal. How do you feel about people reading it?

ES: It feels strange, for sure. In order to write Brute, I had to imagine that I was speaking only to myself, or to a close circle of female friends, in order to feel safe enough to commit myself to such a vulnerable process of self-discovery. It’s weird to think that this book, which for so long existed only in my mind, will now live its own life out in the world, separate from me. But I think it will be healthy for me to have that clarity of distance. I’m learning to let it be.

Find out more about the author at emilyskaja.net.