John Englehardt is the author of Bloomland (Dzanc), a Summer/Fall 2019 Indies Introduce selection and a September Indie Next List pick. 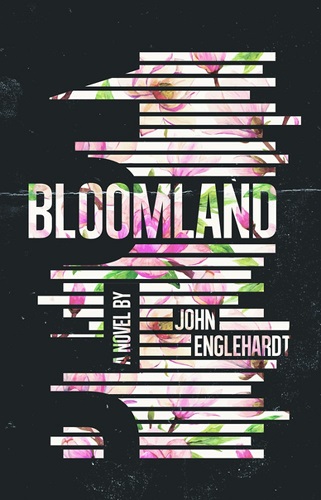 Englehardt’s writing has appeared in The Southern Review, Sycamore Review, Vol. 1 Brooklyn, Moss, Monkeybicycle, and The Seattle Review of Books. In 2014, he received an MFA from the University of Arkansas, and was a 2015-2016 Made at Hugo House fellow. He has won writing awards such as the Wabash Prize in Fiction and contests run by The Stranger and The Conium Review. He currently lives in Seattle with his wife and teaches writing classes at Hugo House.

Jessica Osborne of E. Shaver, Bookseller in Savannah, Georgia, who served on the Indies Introduce adult panel that selected Bloomland said, “In our current place in American history, this story brings into focus the people caught up in the drama of a mass shooting — at a time when it has become such a part of the fabric of our culture that we don’t even blink when we hear, once again, that such an outrage has taken place. Bloomland starts at the beginning, following the characters from their early days to the point of the shooting and then into the aftermath. Beautifully written and compelling, this is, sadly, a story for our age.” 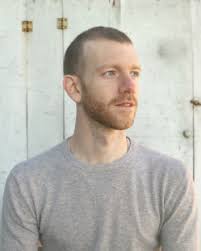 Jessica Osborne: You chose an interesting device in using a second person point of view for all of the story, and really making the narrator a bit of a mystery for much of the story. Why did you feel that this would be the most effective way to write it?

John Englehardt: One of the biggest ideas I wanted to explore in this book was the issue of shared responsibility. How can our culture, media, government, and individual actions be seen as complicit in the proliferation of mass shootings? That’s what drew me to using second person, for the way it interrogates the reader, prods them into feeling part of the action, and for the way it moves the ego of the story slightly off to the side.

The reason why Steven, the discreet first-person consciousness at the novel’s core, is so crucial is because he is able to speak to — and beyond — each of the three central characters. Not only does he know them personally, but he feels like he could have done something to prevent the shooting. His presence allows the story to be raw in its anger, sadness, confusion, and guilt — more than any detached, authorial voice could be. I was very wary, for example, of telling Eli (the shooter’s) story in any way that might elevate him to the status of an anti-hero, of being his apologist. The layered consciousness allows Eli to do something problematic, and then for Steven to step in and immediately elaborate or critique that action.

JO: Given the escalation of mass shootings in the United States, is it your hope that Bloomland will help people understand the continuing challenges of preventing such events?

JE: In its own small way — yes. One thing I was deliberately trying to do with this book was write against the myths surrounding mass shootings. We are stuck in a cycle of short-lived outrage, where we repeat the same uncritical narratives over and over again (i.e. the shooter did this because he was mentally ill, addicted to violent media, a lone wolf, some evil person on the margins of society). My hope is that we can see how those unexamined labels are self-serving, in that they help us distance ourselves from the shooters and the communities that created them. In the wake of a mass shooting, can we do some self-reflection, and think about how we normalize the idea that violence is a redemptive act? For example, prosecutors recently announced that they will seek the death penalty for the El Paso shooter. If he is given this sentence, he will join the other 224 inmates currently waiting to be executed in Texas right now. This, to me, is very sad and frustrating. We need to think really hard about the way our culture, and our government, promote the idea that violence is a valid way to access justice and meaning. If we start breaking that down, we’ll be in a much better place to prevent these events in the future.

JO:  What are your thoughts on gun control in the United States?

JE: Bloomland is more about being a young adult in America, trying to construct your identity, than it is about policy and the gun lobby. While I think it’s imperative to call for stricter gun control in the wake of mass shootings, and to keep in mind who the primary victims of gun violence are (i.e. not white kids in schools), I also feel the frustratingly touchy discussions about gun control should be had alongside reflections about the cultural forces that also foment these events.

That being said, I’ve been reading Loaded: A Disarming History of the Second Amendment by Roxanne Dunbar-Ortiz, and I think she makes a really compelling argument about the degree to which the Second Amendment is indebted to white supremacy. Her point is the main reason the U.S. government needed a well-regulated militia was to carry out the genocide of indigenous people and to arm itself for slave patrols. It wasn’t about hunting or citizens defending themselves against tyranny. So, I think it’s important to consider what legacy are we protecting when we say our Second Amendment rights are inviolable. America began with mass shootings, and that’s something we have still yet to confront in a totally honest and meaningful way.

In light of this, I think the United States government needs to set a better example. It’s hard to ask citizens to support stricter gun laws, especially those who fear an unscrupulous government, when you have police forces driving around in military tanks and shooting people with few — if any — repercussions. When we say “no one needs an AR-15,” that should include the police and the military.

JO:  When there are mass shootings, people struggle to understand the motivation of the shooter. In Bloomland, you have painted a striking picture of the life of the shooter leading up to the event. What, if anything, do you think could have changed the outcome?

JE: My hope is that Bloomland’s parallel storylines speak to this question. Both Eli and Rose arrive at college hoping to outrun their traumatic pasts. They’re trying fit in, leapfrog socioeconomic class, and “bloom” into new selves. For them, that’s the promise of higher education. But when that hope is shattered, they take two very different paths. Rose reaches out to other people and begins to look elsewhere for fulfillment and meaning. Eli stops in his tracks, clings to the idea that the community promised him something and should face consequences for not delivering that thing to which he feels entitled.

And yet, it’s very hard to extricate one moment or idea from Eli’s past and say without this, the shooting never would have happened. Eli would have to be living in a completely different America to not have this capacity for violence. It could be an America where there aren’t more guns than people, or one where young men aren’t taught to value control, fear, and disconnection.

JO:  Why did you feel it was important to continue the story after the shooting?

JE: As long as we keep having mass shootings, we need to think really hard about what happens to survivors, and their communities, when the cameras and reporters leave. We ask for their stories, we publicly mourn them, and we ask about the grisly aftermath. But who is paying for their counseling, their medical bills? How do lengthy trials, where survivors are forced to publicly revisit every painstaking detail of the shooting, affect them? Who organizes and dispenses all the letters and donations that pour in? What person is that flag at half-mast really meant for?

The memoir Gone Boy by Gregory Gibson was very instructive to me, regarding this topic. His son was killed in a 1992 shooting at Simon Rock University, and the book is about the grieving process, dealing with the bureaucracy of the college, the lengthy trial, his obsessive search for answers, and his eventual correspondence with the shooter. I think we need more stories where people (especially men) describe what it’s like to find a compassionate way through loss.

Find out more about the author at johnenglehardt.com.