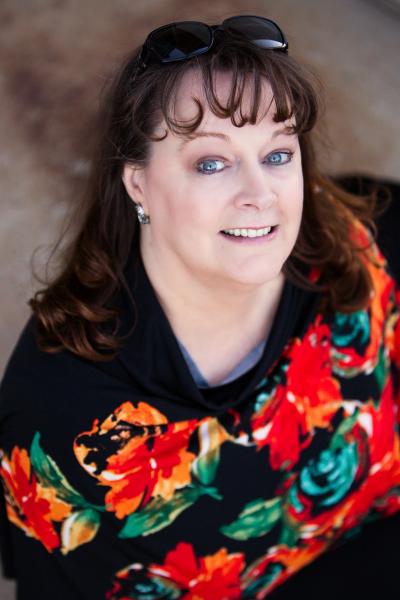 Judith Robbins Rose is the author of Look Both Ways in the Barrio Blanco (Candlewick Press), a Summer/Fall 2015 Indies Introduce title for middle-grade readers and an Autumn 2015 Kids Indie Next List pick.

Amy Oelkers of Red Balloon Bookshop in St. Paul, Minnesota, said Look Both Ways in the Barrio Blanco protagonist Jacinta is one of her new favorite characters. “Her story rings true to the plight of many preteen girls — conflicting emotions about growing up, the desire to be good at something and fit in, the feeling of both loving and hating your parents at the same time, and more. But Jacinta must also deal with the anger, fear, and confusion of being the American-born daughter of undocumented Mexican immigrants. Young readers will love Jacinta’s tenacity and will be able to both identify with and learn from her important story.”

Rose, who has a background in comedy and playwriting, lives in the Denver metro area, where she serves the city’s immigrant population as a mentor and tutor for at-risk youth. 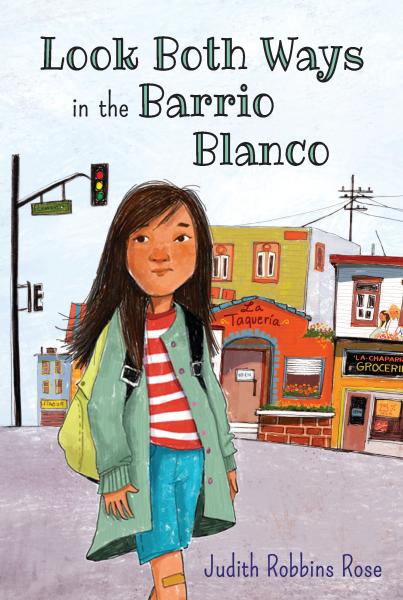 What inspired you to write Jacinta’s story?

Judith Robbins Rose: After volunteering to mentor an at-risk student, I saw the struggles of children whose parents are undocumented. There are many books out there that speak to this issue, of course, but none of them captured exactly what I was feeling or what my mentees were telling me. I couldn’t shake the idea that I wanted to try telling their story myself.

What was the research process like? How did Jacinta’s character develop?

JRR: I drew heavily on my experiences as a volunteer, mentor, and tutor. The fun side of Jacinta’s personality comes from my first mentee, and Jacinta’s drive to succeed comes from my second mentee. Jacinta’s anger, jealousy, guilt, and other character flaws come from me. I tend to load my characters up with all the very worst in me and then make them deal with it.

How did you become involved in mentoring programs? How has being a mentor influenced your writing?

JRR: It started with a book, The Purpose Driven Life [by Rick Warren, Zondervan]. After reading it, I very casually volunteered for a mentoring program, thinking I could easily afford to spend one hour a week with a girl in need. Of course, it became much more than that, and I was constantly humbled by what I learned about my mentees’ lives and by the privilege of getting to know them.

My mentees say I’ve made a world of difference in their lives, but the truth is they’ve had a much bigger influence on mine. Among other things, I would never have had the drive to write a novel if not for them. I wouldn’t have been able to hit the right emotional notes if they hadn’t been willing to share their stories with me.

Immigration is currently a hot-button issue in the U.S. Why do you feel it’s important to introduce the subject to middle-grade readers? Were there any challenges you faced in approaching the subject?

JRR: I don’t think of it as introducing the subject to middle graders, since so many of them are raised in this reality. My hope was to capture their experience, learn their song, and then sing it back to them. Probably the most moving experience was when a young beta reader at a middle school began sobbing while she was giving me feedback, saying, “This is me. This is my story.”

Since then, I have learned that other students — and even other teachers and mentors — have appreciated the book for allowing them to understand the difficulties some of their classmates/students face.

Right from the start, the prospect of writing outside my own cultural experience was scary. I resisted writing this book for a long time. When I did finally start writing, I struggled to capture the authenticity of the culture and the language of this very specific group of Mexican-American kids in my own community. My publisher, Candlewick Press, worked long and hard with me, bringing in additional beta readers and allowing extra time to make sure we got it right.

You have a strong background in theatre and comedy. What inspired the transition from dramaturge/comedienne to children’s novelist?

JRR: Although I love middle-grade books and I read the Newbery list like it’s a religion, I wasn’t planning to write one. But when this story presented itself, I knew it needed to be a book. Fortunately, I had NO clue how difficult it is to write a novel. If I’d understood how much I didn’t know, I might not have had the guts to try it. What drove me was the story itself. I’ll admit, I have very little discipline. What I do have is passion, and that keeps me going.

As an author and obvious book lover, what role do you think indie bookstores play in bringing American communities together?

JRR: In a high-tech world, indies provide online services, but go beyond, offering the personal aspect book lovers crave. The Second Story in Laramie, Wyoming, has a cozy children’s room, where parents and their toddlers can meet, play, and read. I was stunned by the mid-morning traffic in this charming, out-of-the-way location. Books and Cookies in Santa Monica, California, has indoor and outdoor spaces for themed birthday parties.

Right here in Colorado, Boulder Book Store hosts a variety of writing events. BookBar in Denver created a charming outdoor fire pit for groups to meet, have a glass of wine, and talk about books. Many stores across the country do book fairs, book groups, literary salons, school visits, host authors, have signings, and so much more.

Rediscovered Books in Boise defended local high school students’ right to access after Sherman Alexie’s book was banned. At the store, I got to hear a panel discussion featuring the teen that helped organize the giveaway of hundreds of copies of The Absolutely True Diary of a Part-Time Indian. That is true community involvement.

Learn more about the author at www.jrrose.net.