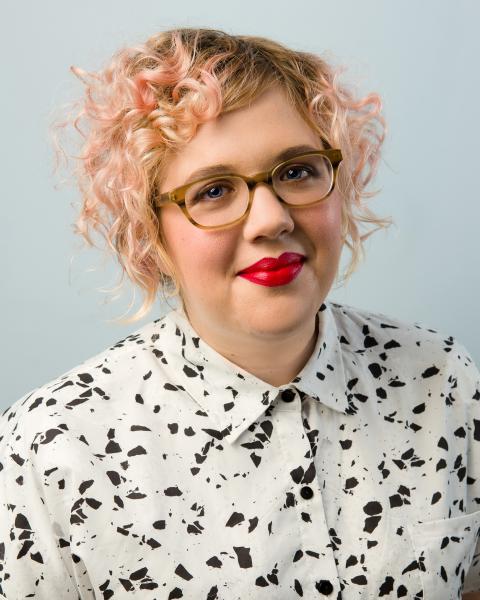 Kate Scelsa is the author of Fans of the Impossible Life (Balzer + Bray), a Summer/Fall 2015 Indies Introduce title for young adults and an Autumn Kids’ Indie Next List pick. The book follows a trio of friends — Jeremy, Mira, and Sebby — who Laura Donohoe of Malaprop’s Bookstore/Café in Asheville, North Carolina, called “three of the most interesting and authentic young adult voices I have ever read.”

“Life as a teenager is rarely as simple as the world might have us believe, and these three characters and their stories are a wonderful illustration of just how hard it feels some days to simply get out of bed in the morning and march out into your day as if everything is fine. Scelsa reminds readers that it’s okay to feel unsure or afraid, and that true friends will accept you as you are and walk with you while you find your way,” said Donohoe.

Scelsa grew up in New Jersey and now lives in Brooklyn with her wife and two black cats. She studied writing and theater at Sarah Lawrence College and is a member of the Elevator Repair Service, an experimental theater company that has produced a trilogy of works based on great American literature: The Sound and the Fury, The Sun Also Rises, and Gatz, an eight-hour performance that uses the entire text of The Great Gatsby. 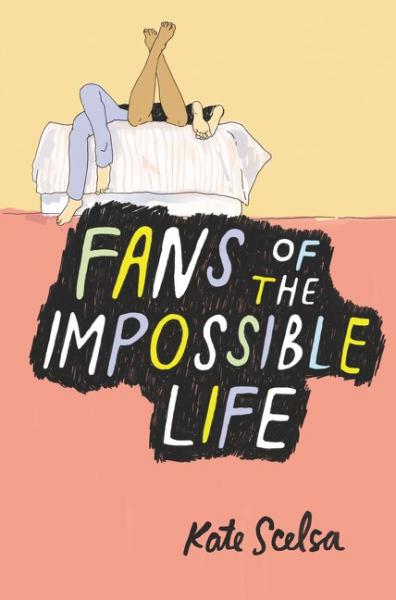 In Fans of the Impossible Life, you delve into serious issues that teens face regularly, such as mental illness, drugs, bullying, and sexuality. What inspired you to tackle these topics head-on?

Kate Scelsa: I’m committed to writing queer, feminist stories about characters who are often relegated to sidekick status, simply because these are my people and these are the kinds of stories that interest me personally. So I didn’t want to shy away from anything that felt authentic to me about the teen experience, especially the queer teen experience.

Writing Fans for me was a lot about looking at the phenomenon that we face mostly in adolescence, but sometimes in adulthood, where we’re not really equipped to deal with the intensity of our own experiences and these things that are suddenly coming up for the first time in our lives. It’s the place where emotion can cross over into madness, which makes it sound bigger than it actually is. It’s often very small, just about getting through the day. All of these issues are just the noise around the choices that we have to make every day at that age to figure out who we are becoming and how we’re going to survive getting there.

Jeremy, Sebby, and Mira’s stories are each written from a different point of view. What inspired you to take such a unique approach? How do the different vantage points affect how each character’s story is received by the reader?

KS: This came out of rewriting this book every which way possible — all third person, first person with Mira narrating, some second person sections. When I was revising, I would literally spend days just changing pronouns. At the time it felt really frustrating. But going through this process of trying every way possible to tell this story gave me an appreciation for the power of the different kinds of narrative voices. Once I was able to really examine that, I saw that each of these characters was demanding a different relationship with the reader.

Jeremy’s first person gives him a Nick Carraway, “unreliable narrator”-type relationship with the reader that seemed to fit him. Third person with Mira lets us have a perspective that she’s not able to have. We need a little distance to really see her clearly. Sebby is arguably the character who represents the most regularly marginalized figure, the out, queer, flamboyant teen who might otherwise be relegated to being the “gay best friend” without a narrative of his own, and I wanted the reader to be implicated in his actions, to understand completely why he does what he does and the ways in which his private experiences away from his friends define him as much as his relationships with Mira and Jeremy define him. So Sebby’s sections are written in the second person, and “he” becomes “you.” And in this way we all become him.

While on tour with Gatz, you wrote many parts of Fans of the Impossible Life from your on-stage office cubicle. How did this tour and composing on stage inspire and affect your writing?

KS: Performing in Gatz on tour for eight years around the world was an amazing and really challenging experience. Listening to entire text of The Great Gatsby read out loud hundreds of times had an effect on me in a few ways. The first was that I came to have an appreciation for Fitzgerald’s language that I had never had as a teenager. His prose became so vivid to me. I was literally being forced to study it. And Gatsby has snuck into Fans through a major plot point in the book that happens around a classroom discussion over the mysterious end of chapter two.

Then there are the ways in which Gatsby makes its way into my work that aren’t intentional. I often come up with sentences that I think are completely original, only to find that they’re a little too similar to sentences from Gatsby.

I also know that the need to find another outlet to occupy me creatively during those years of performing and touring made me embrace my writing in a very serious way. It became a kind of life raft against the mind game of the repetition and the challenges of being on the road. And I’m proud to say that in eight years of performing that show while simultaneously writing on stage, I never missed a cue.

What is the most interesting (or strangest) thing that has happened to you since you learned your book was going to be published?

KS: The most interesting thing that’s been happening recently has been getting fan art from readers, which just feels so cool and special. I love the claiming of ownership that comes with making a piece of fan art. It’s a way of saying, “This is who these characters are to me.” So to have readers feel a strong connection with these characters and then want to develop their own relationship with them further is a very cool thing that I was not anticipating.

Thank you for mentioning ABA’s Indies Introduce program on your podcast and for taking the time to meet and greet with independent booksellers at BookExpo America. Why do you feel it’s important for authors and readers to connect with their local independent bookstores?

KS: You’re so welcome! I feel so honored that Fans is an Indies Introduce pick; I can’t stop talking about it! And I’ve been having such a great time doing events at independent bookstores around the country. (Shout out to The Booksmith in San Francisco, Big Blue Marble in Philly, and Oblong Books in Rhinebeck!) Independent bookstores are my happy place. I’ve been on the road a lot with the theater company that I worked with for many years, and no matter what city we went to, if I could find good coffee and a good bookstore, I would feel at home. I feel a sense of community and shared values in independent bookstores more than anywhere else. It’s like church for me.