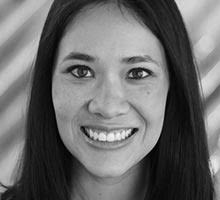 Kelly Loy Gilbert is the author of Conviction (Disney-Hyperion), a Spring 2015 Indies Introduce title for young adults and a Summer Kids’ Indie Next List pick.

An active member of the writing community, Gilbert has led fiction workshops at the University of California at San Diego and at San Francisco State University and her work has appeared in the San Jose Mercury News, Shrapnel, and the Kenyon Review. Gilbert, who developed a creative writing program for teen writers and is a visiting speaker in local classrooms, was recently named a Peninsula Literary Writer for her efforts.

“The pressure of the situation that 17-year-old Braden finds himself in when his father is arrested for murder and Braden is the crucial witness builds and builds throughout the novel as the author slowly reveals what really happened that night,” said Jill Hendrix of Fiction Addiction in Greenville, South Carolina. “My heart is still bleeding for Braden days after finishing Conviction, which I highly recommend for both adults and teens.” 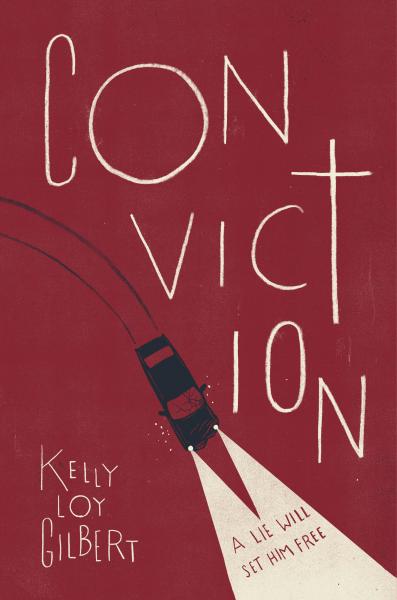 Kelly Loy Gilbert: I think to be human is, in some ways, to be always on a quest for redemptions large and small, and Conviction grew from characters I was working on who’d broken their own moral codes and had to face the aftermath of those fractures. I was interested in what it looked like to face the thousand daily choices that make up a life when you can no longer face who you believe you’ve become, and I was interested in the ways that people seek redemption and where they find it, and also where they don’t.

I was also writing Conviction in the wake of several polarizing and high-profile killings that were exposing deep fault lines across the country. (The book deals with the death of a police officer of color and two largely segregated towns –– topics that continue to feel sickeningly timely.) I watched people cling zealously to their worldviews in order to align themselves to either the victims or their killers, and I thought a lot about how, growing up in a very specific evangelical context, I used to value certainty so highly and I used to feel like the world was so black and white. The novel let me explore ways that certainties could be tested and shatter and sometimes hold, too, and what that does to people and to communities.

You have said that you “believe deeply in the power of stories to illuminate a shared humanity and give a voice to complex, broken people.” How do you think stories are able to do this? What was the first book you read that made you think about that shared humanity?

KLG: I was in high school when I first read Tim O’Brien’s The Things They Carried. It’s a book about the Vietnam War, and a theme that carries the book is that stories can save us. A scene that really seared me was one in which the narrator, Tim, describes an American soldier slowly and methodically torturing a baby water buffalo. It’s brutal and senseless and horrifying, but the way Tim frames it changes everything –– he gives you a sense of who the solider used to be, of what he’s had to see and do, and you feel so clearly how Tim is trying to redeem his old friend through the story. He truly believes the story can save, and he needs to believe this to survive.

I keep coming back to this in my own writing, this idea that the framing of a narrative matters so powerfully to the human experience, and that the stories we tell ourselves can distance us from each other or move us closer together. When I was writing Conviction, I wrote several characters that did things I consider basically unforgivable, and I expected to hate them the whole way through. But in the process, something unexpected (and maybe sort of disconcerting) happened: I found that I cared for all my characters because I understood them. I’d learned to know them intimately enough that I could see, maybe, glimmers of myself in them, and all the ways we weren’t so different as I would’ve liked to think.

I struggle with this as a writer, how to present these characters –– it always feels like a blurred line between evoking some shared humanity and sympathizing with evil itself. But I also think it’s really easy to look at wrongs committed and to feel like they happen to other people, because of other people –– people who aren’t like us –– and then it’s very easy to not have to confront our own complicities in the face of others’ suffering. Stories matter because they’re the entire framework we use to make sense of and respond to the world. They matter because we all make choices in the lenses we use, and because you can either use a story to hide behind and shield yourself or to dig for some deeper and more difficult truth.

Why do you think it is important for young people to read about a character, such as Braden, who questions the way he was raised and his beliefs without abandoning either of these things completely?

KLG: I think that’s important for people of all ages, honestly, and for myself, too. It’s so easy to barricade yourself into total insularity without even realizing you’ve done it, especially when you’re young, and that leaves you in an environment where you often rationalize away even very damaging things because they’re all you’ve ever known and because there are no other voices to challenge what you’ve come to take for granted.

When I was growing up I thought faith meant bold stances and certainty and steadfast trust in the face of anything, and so I was often afraid to really engage with the world in all its complexity and grayness. And I wish I’d read more books that told me that, hey, questions can be a form of faith, too. That sometimes it’s hard, and sometimes you can’t answer all those questions, and that’s okay; faith can hold space for your darkest moments. That there’s room for grace, and if something is worth believing in, you can trust it to bear the weight of all your questions and doubts.

Thank you for putting IndieBound first on your website! What is your favorite thing about independent bookstores?

KLG: The passionate and knowledgeable booksellers who aren’t just selling a product, but championing stories that truly matter to them. Those booksellers are the heart of the stores and also of the literary community –– where else in the world can you go into a room, walk up to a stranger, and then talk about stories for as long as you want?

If you could give a book to your main character, Braden, what would it be and why?

KLG: I seriously thought about this question for so, so long and finally narrowed it down to my top 20. (Just kidding. But if the question had been pick 50, I so would have.) I think I’d have to go with Allie Brosh’s Hyperbole and a Half. It’s the funniest thing I’ve ever read, and Braden could use a little more laughter. Also, Brosh deals really beautifully with depression, and her work has made a lot of people feel less alone in their fight.