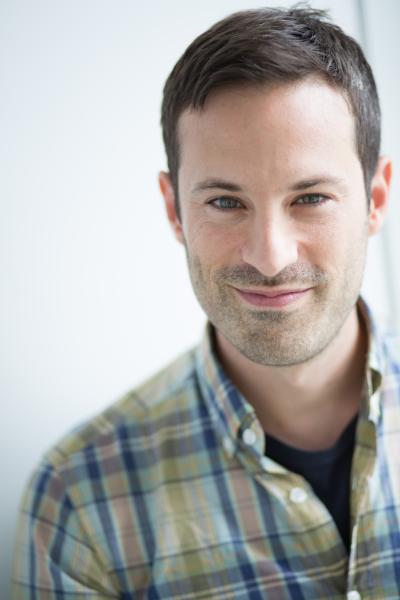 Rubin graduated from Brown University and now works as an actor and writer. In addition to working on the sequel to Denton Little’s Deathdate, Rubin is in the process of co-writing a musical, Annie Golden: Bounty Hunter, Yo! and is the co-creator of the podcast The Lance and Ray Show. He currently lives in Brooklyn with his wife and son.

“A truly original and fantastic conceit,” Cristin Stickles of McNally Jackson Books in New York City said of Denton Little’s Deathdate. “That Denton’s world is exactly like ours, except that everyone is born knowing the exact day on which they will die, and wonderfully crafted characters make this book fundamentally impossible to resist.” 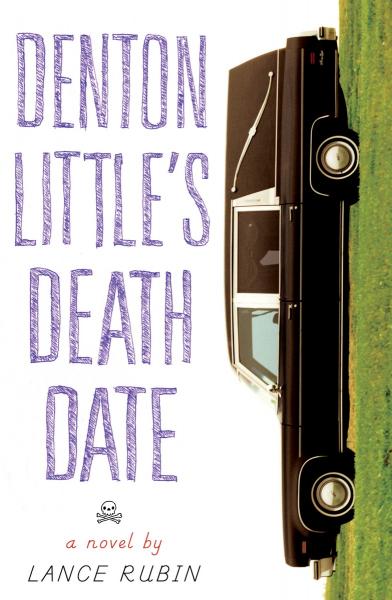 Lance Rubin: I think about time a lot. I think about death a fair amount, too, but it was mainly my thinking about time that led to this book. One day it occurred to me, what if I could think ahead to an important date, to arguably the most important future date. What if I could think ahead to the day when I’m going to die? What if everyone knew the day when they were going to die? How would that change the way people lived their lives? Or would it not change a thing?

I should mention that back then I was thinking the idea would be a screenplay starring characters in their 20s. It was only a couple of years later, when my acting career stalled out around the same time I read and loved The Hunger Games, that I thought maybe I should take the idea I had, make the characters teenagers, and write it as a YA novel. Which, of course, was easily one of the best decisions of my life.

Will there be a sequel to Denton?

LR: Yes! The advanced copies of the book intentionally made no mention of the sequel, but I thought it was pretty obvious once you got to the end that of course there would be. But apparently it’s not as obvious as I thought because I’ve seen some people talking about it online and saying what a horrible, inconclusive ending it is. Which makes me laugh and cringe at the same time.

So, here is me officially saying: There is a second Denton book. It is called Denton Little’s Birthdate, and it will be out in 2016. Questions will be answered, fun will be had. Thank you for caring.

What was it like performing and recording the audio version of a book you wrote?

LR: So great and so surreal. Before writing Denton, I was primarily an actor, so getting to perform this thing that I’ve written was like a magical fusing of my old and new careers.

It was not without its challenges, though. I’ve lived with these characters’ voices in my head for years now, but when it came time to actually speak them, it was like, Do I actually know how to make Denton’s stepmom sound different than Paolo’s mom? Uh, not exactly.

Also, I had a bizarrely difficult time pronouncing the words “funeral” and “murdered.” Some of that might have been related to a third challenge: recording an audiobook is exhausting. I’d never recorded something this long before and, man, even though you’re just sitting there and talking, it’s surprisingly draining.

But the bottom line is, recording Denton was such a sweet way to bring closure to the experience of writing it, a nice goodbye before sending it out into the world.

How has fatherhood changed you? Do you think becoming a YA author is helping shape your perception of fatherhood, or vice versa?

LR: Becoming a father and becoming a YA author timed out in my life in this crazy, auspicious way that still astounds me. My wife, Katie, got pregnant in May 2013; I signed with my agent, Mollie Glick, in August 2013; Denton was sold to Knopf in November 2013; and then our son, Sly, was born in February 2014.

So my transition into fatherhood was happening pretty much at the same time as my transition into official YA writerhood, and they will forever be linked in my mind. And fatherhood, as it does for lots of people, definitely shifted my priorities so that the majority of last year was a beautiful blur, divided mainly between being a dad/husband, editing the first Denton, and writing the second Denton. Now, it’s kind of nuts, as my book is about to come out, spring is finally here, and my delightful son is walking around and behaving more like a person than ever. It really just blows my mind that I’m watching these two babies of mine bloom, so to speak, at the same time.

I had this realization recently that Denton, who’s 17, is age-wise exactly in between my son and me. That was a startling moment. This sweet little one-year-old dude who lives with me is as close to being a teenager as I am far away from it. And I don’t feel that far away from being a teenager!

We have to ask this question: If you could know the day you were going to die, would you want to know? How would it change the way you live your life?

LR: This is something I’ve obviously thought about a lot in the writing of this book, and though I’ve gone back and forth a bit, I’ve ultimately come to conclude I would not want to know the day I’m going to die. Even though the immense advantages a deathdate would give me in planning out my life are appealing, having that information always hovering there in the back of my mind would likely drive me a little nuts. It might even hinder my ability to live my life in a present way. So, yeah. In this situation, I think ignorance is bliss.