Lydia Fitzpatrick is the author of Lights All Night Long (Penguin Press), a Winter/Spring 2019 Indies Introduce selection and an April Indie Next List pick. 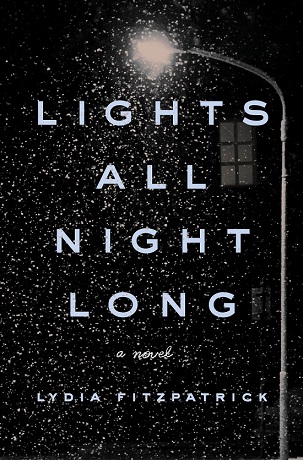 A graduate of Princeton University, Fitzpatrick received her MFA from the University of Michigan and was a Wallace Stegner Fellow at Stanford University and a fiction fellow at the Wisconsin Institute for Creative Writing. Her writing has been published in The O. Henry Prize Stories, The Best American Mystery Stories, One Story, and Glimmer Train, among other publications, and she was awarded an Elizabeth George Foundation grant.

Grace Harper at Mac’s Backs in Cleveland Heights, Ohio, served on the panel that chose Fitzpatrick’s book for the Indies Introduce program and called it “a tautly strung story.”

Said Harper, “Fifteen-year-old Ilya is torn between two worlds, the deep south of his fundamentalist student exchange hosts and the drug-infested underworld of his native Russia. He wrestles with his affection for his host’s daughter, all the while scouring the internet trying to absolve his brother of a crime he did not commit. Part murder mystery, part love story, with memorable, well-drawn characters.”

Here, Harper and Fitzpatrick discuss the multiple layers of the author’s debut mystery. 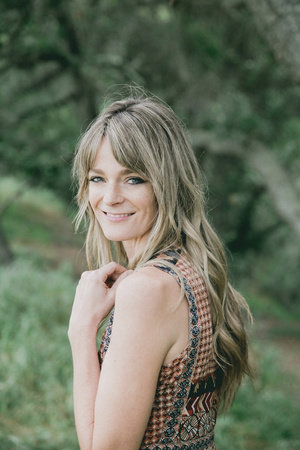 Grace Harper: What inspired you to write this book?

Lydia Fitzpatrick: My mom is a Russian historian who lived and studied in Moscow during the Cold War, so Russia was always a presence in our house, a place my mother loved and seemed often to long for. When I was little, we hosted two Russian students. Both had been chosen to come to America because of their academic prowess — Olga was a six-year-old piano prodigy, and Tatiana was nine or ten and an architecture prodigy. I was in no way a prodigy and I was in awe of these girls — not only had they been chosen for such an adventure, they had chosen to undertake it, to leave their homes and families and travel halfway around the world to us. The weight of this choice struck me even then, even though the girls did not stay with us for long, and is the most literal inspiration for Ilya’s character.

In the mid-’90s, I went to Russia for the first time. I was a teenager on that first trip to Russia, with a teenage forcefield of books and Fugees mini-discs and projected disinterest, but the tumult of post-perestroika Russia punctured all of that instantly. It was a place of dynamism, a place on the verge. Of what I wasn’t sure, but I couldn’t help but be captivated by it. And as the novel evolved, as Ilya and his backstory became more and more central to it, these experiences found their way onto the page.

GH: The characters are so vividly drawn. Are any of them based on people you know?

LF: Yes and no. I’m a magpie — I pull traits and tics from the people around me and weave them into my characters. Sometimes this is a conscious decision. For instance, Timofey’s nostril hairs that are “an act of aggression” are based on ones I know well. With more central characters, I’m less aware of borrowing from the people in my life and from my feelings towards them, until I read what I’ve written and feel that jolt of recognition. I didn’t intend to put any of my grandmother into Ilya’s grandmother, but there she is, in her faith, in her tenderness and toughness, in the way she feeds her grandsons to ward off hunger and larger evils. And Sadie’s character is based on a girl I saw walking along the side of the road, somewhere between Louisiana and Georgia. She was wearing silver spray-painted sneakers and moving with real purpose, though there was nothing for miles around us. I saw her face for a second, her expression — determined, not desperate, as I had feared — and then we were past her, and I was left wondering where she’d been headed.

GH: This is such a multi-layered story, with themes of culture clash, first love, coming-of-age, even a murder mystery. Did you have all of these themes outlined from the start, or did the focus evolve as you wrote?

LF: Most of these themes — culture clash, first love, coming-of-age — emerged organically from Ilya’s character. I don’t think there would have been a way to write his story without them, but the mystery element was more predetermined. I’m obsessed with character-driven mysteries — Everything I Never Told You, The Secret History, The Talented Mr. Ripley, Await Your Reply, The Likeness — and I’ve wanted to write something in that vein, that straddles the line between literary fiction and mystery, for a long time. In Lights, the murders themselves, the troika of them, came pretty early in the drafting process, but it took a lot of puzzling and roundabouts and revisions before I figured out the exact nature of their connection to Ilya.

GH: The character of Ilya has so much internal conflict throughout the story. What was your process for getting inside the head of a 15-year-old Russian boy?

LF: Ilya’s character came to me pretty fully formed. In fact, Sadie was the protagonist when Ilya first appeared on the page, but it was like he had this gravity — I couldn’t stop writing about him, and soon the perspective was slipping from Sadie to him, and then he took over entirely. This isn’t to say that it was always easy to stay in Ilya’s head over the years the novel took to write. For me, finding emotional commonalities with a character is key. Like Ilya, I was a neurotic, bookish teen. Like Ilya, my father died when I was young, and as a result I both idolized and worried about my older brother. In my brother’s case, there wasn’t much to worry about, but that didn’t stop me. I’d demand the name and phone number of whatever party he was going to; I staged an intervention when he had two beers at a Thanksgiving dinner. I was desperate to keep him safe, and that almost panicked loyalty, that fierce love, became a key aspect of Ilya’s character.

GH: I’m excited to see what you do next. What are you working on now?

LF: I’ve been working on a short story for the last few weeks pre-publication; it’s a hectic time, and stories are easier for me to dip in and out of than a novel. I have another novel in the works, too, which I sold based on a screenplay of mine. It has nothing at all in common with Lights, except, of course, an element of mystery.

Find out more about the author at lydiafitzpatrick.com.