Madhuri Vijay is the author of The Far Field, a Winter/Spring 2019 Indies Introduce selection and a January 2019 Indie Next List pick. Vijay, who was born in Bangalore, India, received a BA from Lawrence University and an MFA from the Iowa Writer’s Workshop. Her writing has won a Pushcart Prize and has been published in The Best American Non-Required Reading 2013, Narrative Magazine, and Salon, among other publications. 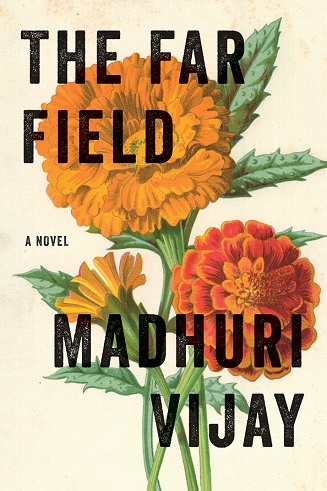 Brian Lampkin, owner of Scuppernong Books in Greensboro, North Carolina, served on the Indies Introduce bookseller panel that chose Vijay’s debut novel, which was published this month by Grove Atlantic.

“If I read a better novel in 2019, then 2019 will become my favorite year of the 21st century,” said Lampkin. “Few seasoned novelists — let alone a first-time novelist like Madhuri Vijay — are able to construct scene after scene with compelling interior drama, tension, and forward momentum, but you’ll never want to stop reading as Vijay skillfully combines a personal journey and family mystery with a political examination of the Kashmiri-Indian troubles. Shalini, the narrator of this extraordinary work, has a mother who immediately belongs on any shortlist of literature’s great characters.”

Here, Vijay and Lampkin discuss the author’s process of crafting her debut story and the psychology behind her complex characters.

Brian Lampkin: Congratulations on a powerful first novel! This is such an accomplished work, it makes me wonder: do you have a file full of previous “failed” novels that eventually led to this beautiful book? 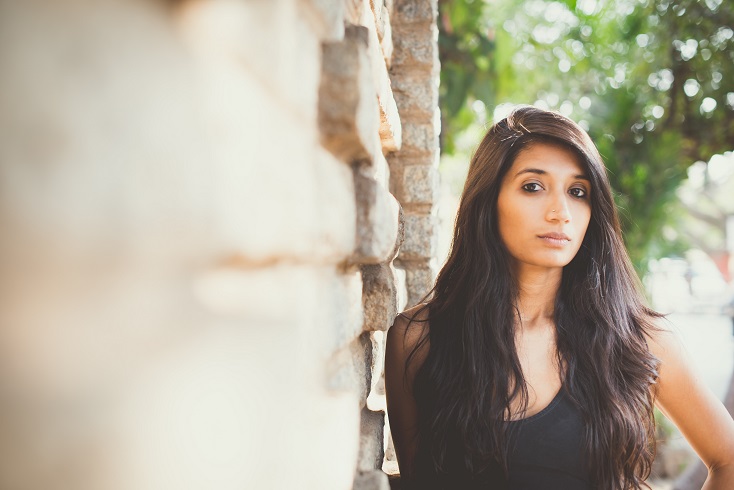 Madhuri Vijay: Thank you very much. I have a file composed solely of beginnings: hundreds of rambling pages, dozens of orphaned scenes, and countless abandoned character sketches. Certainly nothing that could be said to add up to a novel.

BL: I marvel at your ability to create scene after scene, each with its own internal drama and tension, while keeping the necessary forward momentum of a long novel. Do you write scenes as separate entities from the whole novel? Did you let these scenes accumulate and determine the direction of the novel, or did you have the whole novel mapped out ahead?

MV: When I was in the middle of writing a scene, I tried my best to forget the rest of the novel. To forget, even, that there was a novel. It helps that I enjoy the microscopic business of fiction: how each character comes to a scene armed with a specific set of desires; the way power ricochets from one person to another within a scene (sometimes within a single line); the way a word or gesture can alter the whole tenor of an exchange. All of that gives me pleasure. As for the novel as a whole, I planned almost nothing. I just wrote scene after scene and prayed for the best. It’s no exaggeration to say that if The Far Field now has a discernable structure and forward momentum, it is largely due to Elisabeth Schmitz and Katie Raissian, my brilliant editors at Grove Atlantic.

BL: Shalini’s mother is my current favorite character in contemporary literature. She’s complex and biting and difficult and brilliant, and I suspect quite a challenge to write. Is there any autobiography involved in creating her character?

MV: Thank you. There was no autobiography involved, but there was, I’ll admit, some wishful misanthropy. Shalini’s mother is viciously honest, and I felt an embarrassing amount of pleasure in having her say aloud the kinds of things I occasionally might wish to say. Perhaps I’m only trying to feel better about myself here, but it strikes me as a basic human trait, our delight in other people’s cruelty as a safe way to express our own. (It also explains much of social media.) Of course, when I look at Shalini’s mother now, I also see a very sad woman, a woman who has spent most of her life battling a growing sense of disintegration. She isn’t vicious to other people for no reason. She’s vicious to them because she knows the only alternative would be to turn that viciousness on herself, the results of which would be catastrophic.

BL: Without giving away too much, Shalini makes a surprising choice with the brigadier. Did this choice arise in the process of writing the novel or did you know that you were eventually going to write Shalini into that decision?

MV: I knew that Shalini was going to make a profoundly compromising decision. What I didn’t know was the exact shape that decision would take. When it came time to write that scene with the brigadier, I felt an acute sense of regret, as though I wished things could be different for her. Perhaps that means, on some level, I always knew what she would do. Some readers have called Shalini’s decision inexplicable, which strikes me as odd, because it seems to suggest that they think human beings usually make wise, calmly reasoned decisions. That hasn’t been my experience. More often, we make them out of instinct, fear, laziness, exhaustion, stubbornness, loneliness, cowardice, or the simple desire for company or love. But whatever we might choose to call those decisions — bad, compromised, stupid, surprising — they are most certainly not inexplicable. And the same is true for what Shalini does in relation to the brigadier.

BL: The political context of your novel — the tension and violence between India and Kashmir — is intricately tied to the personal lives of your characters, which makes your work exponentially more powerful. Do you have novels in mind with this mix of the political and the personal that inspired your work?

MV: Dozens of novels. To name just a few: Age of Iron by J.M. Coetzee, Baumgartner’s Bombay by Anita Desai, The Known World by Edward P. Jones, History by Elsa Morante, and The Feast of the Goat by Mario Vargas Llosa.

Find out more about the author at madhurivijay.com.