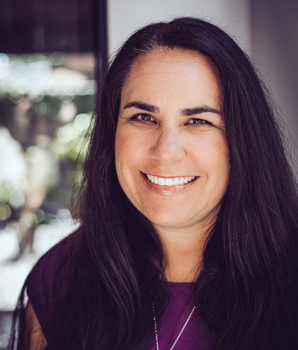 Marisa Reichardt is the author of Underwater (Farrar, Straus and Giroux Books for Younger Readers), a Winter/Spring 2016 Indies Introduce title for young adults and a Winter 2015-2016 Kids’ Indie Next List pick.

In Underwater, a school shooting leaves 17-year-old Morgan Grant severely agoraphobic and struggling with the guilt of being inadvertently involved in the incident. At the same time, Morgan is dealing with an absent father who has PTSD after coming back from the war in Afghanistan. Everything in her life seems to be crashing down in waves, pulling her beneath the surface.

“You might be thinking, I don’t know if I can handle that. But trust me, though this book takes you into some dark spaces, it always, always surfaces into the light,” said Will Walton of Avid Bookshop in Athens, Georgia, who served on the Middle Grade/Young Adult Debut panel for the Winter/Spring 2016 Indies Introduce selections. “Stunningly written, Marisa Reichardt’s debut is a true beauty on all counts: a story of coping, of healing, of friendship, and even of first love. You just won’t want to put it down.” 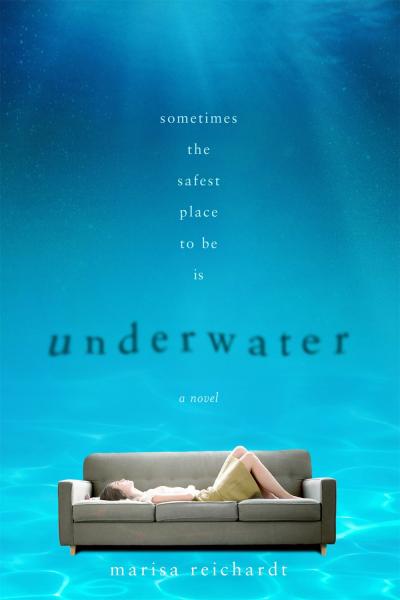 Underwater follows Morgan, a high school student who, along with her classmates, experiences a mass shooting. What inspired you to write a story about such a difficult and prevalent subject?

Marisa Reichardt: The first seed of Underwater actually came from wanting to write about someone dealing with severe anxiety. Since I am not a stranger to anxiety, I wanted to write about it. Once I started thinking about the “who, what, and why” of it all, the story started to form. I’m married to a high school teacher and I am a mom. Every day, I was hearing about lockdown drills and credible threats at these schools where the people I love the most spend the majority of their days. I am saddened that the story of Underwater has become even more topical since I completed a first draft in 2013. But I do think it’s important to have stories like these in the YA world, since students are facing these fears on a daily basis.

Post-traumatic stress, anxiety, agoraphobia, and fear control Morgan. How did you get into the mindset of Morgan’s character? What was the research and writing process like?

MR: Getting into the mindset to write Morgan’s story was a challenge. I worried so much about authenticity — as all writers do — so I did several things to get Underwater right. I interviewed a psychologist who works specifically with women and teenagers who are agoraphobic and struggle with anxiety and PTSD. I took copious notes and found myself e-mailing her a lot during writing and editing. She also read a draft of the book. As for the writing process itself, while I usually write in coffeehouses, plugged into a music playlist, I wrote Underwater in my house, alone, with the blinds drawn and the noise off. Doing that helped me to get into the mindset of Morgan.

What is the significance of the title, Underwater, and the imagery of water?

MR: In my mind, water is nature at its best. It can be utterly soothing or totally unpredictable and scary. For Morgan, water was her safe place but she also knows how terrifying it can be. She knows what it feels like when the ocean has sucked her under, and she’s had to fight to swim to the surface, gulping for air, which is very much the way she feels now in her apartment, afraid of the outside world. As Morgan heals, she finds that love and solace in the water again.

How does Morgan’s new neighbor, Evan, affect her desire to heal?

MR: Evan is representative of what Morgan used to be. He revels in the outdoors and swims in the wide-open ocean. He has sun-bleached hair and a peeling nose. He surfs. He skates. He smells like sunblock and saltwater. He is the outside. Meeting him becomes the catalyst for Morgan to realize the life she has been missing.

What do you hope readers and survivors of trauma take away from your debut novel?

MR: You are not alone.