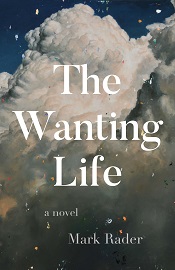 Mark Rader is the author of The Wanting Life (The Unnamed Press), a Winter-Spring 2020 Indies Introduce adult debut novel.

Indies Introduce panelist Nadine Melahn of CoffeeTree Books in Morehead, Kentucky, said of Rader’s debut, “This perfectly imperfect family captures the wanting that is life — what could have been, what might still be, the pain of loss. What we want, what we lean into, what we walk away from, and what we yearn to return to. It’s as simple and as complicated as that.”

Rader, who grew up in Green Bay, Wisconsin, attended Tulane University and Cornell University. He has taught creative writing at Cornell, Northeastern University, GrubStreet, and the University of Chicago’s Graham School. His work has been featured in Glimmer Train, Epoch, and The Southern Review. He currently lives with his family just outside Chicago.

Here, Melahn and Rader discuss the author’s book and the development of the family at the center of the story.

Nadine Melahn: I am drawn to books that explore families and relationships. Life and love are not easy. Your book and this family capture that so well. How did you begin your writing? With a person? Or the idea of love and longing? Or something else? 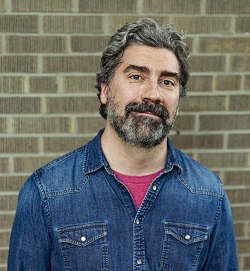 Mark Rader: Thanks for saying so, Nadine. And I agree...life and love: NOT EASY.

This project really began with the main character, Father Paul. I knew I wanted to explore, in some way or another, the suppressed desires of an older, closeted gay priest, of which there are thousands in the Catholic Church by even conservative estimates. I knew I wanted him to be the type of devoted pastor who his congregation would assume was more or less content, but who had a secret, more troubled inner life, in which he longed for sex and romantic intimacy and actively beat himself up for denying himself those things. It was pretty early on, too, that I decided that the touchstone for this yearning would be an affair he had as a young man when he was studying in Rome in 1970, which seemed as good a place as any to set a love story.

Once I figured out that the plot of the novel would center on Paul looking back at the last 40 years of his life as he’s dying, I thought it would be interesting to set his story against that of another character dealing with a similar crisis of love and faith in the present tense of the story (i.e. the summer of 2009)...one in which the ending hadn’t been written yet. Eventually that led me to imagine Maura, who is Paul’s niece — a married mother of two who’s fallen in love with another man and is struggling to figure out whether to stay in her marriage or leave. Similar crises involving the pull of love versus the pull of obligation, but different stakes.

NM: You also captured the concept of choices that we make and who we make them for. Were any of those drawn from personal experiences or stories shared with you?

MR: It’s funny: if you’d asked me as I was in the trenches writing this book if I was intentionally exploring the topic of sacrifice as it relates to happiness, I would have probably said, no, not really, I’m just trying to do justice to these people I made up and tell a story that feels honest and keeps you turning pages. But at some level, I probably was. Maybe it’s impossible not to, when you’re writing about a workaholic Catholic priest and a mother of two small kids.

Regarding influences from real life, my parents have a pretty fascinating backstory that I’m sure drew me toward creating a character like Father Paul. In the ’60s, my Dad was a Catholic priest and my Mom was a Franciscan nun. They met as priest and nun, became friends, fell in love, and eventually made the difficult choice to leave their vocations to get married and start a family. Romantic love vs. a life of service...it’s right there. The crucial difference in the story I ended up writing is that Paul is a gay man for whom leaving the church to live his truth, especially in 1970 (and for decades after, really), would have been exponentially more difficult, for him and the people who loved him. In inventing Paul, I was maybe nodding to certain elements in my parents’ story, but also setting out to explore new emotional territory and new questions. Like: What if you wanted to leave religious life as badly as my parents did, but felt you couldn’t? And what if that desire never quite quit you?

That we meet Paul at the end of his life, debating whether to share the big secret of his love affair in Rome, which was also probably colored by family stories. I won’t get into details, but in both cases, a relative, at the very end of their life, shared a painful secret that had been a source of shame and guilt since childhood — which, in both cases, added up to something like 75 years of secret-keeping. That people I loved and thought I had more or less figured out could have held in and wrestled with such truths for so long moved and surprised me. I realized that the clichéd notion of a deathbed confession wasn’t a cliché, but something that actually did happen in the world and that might actually give a person some peace.

NM: I appreciated your style of writing that wove the present with the past. Is this a style of writing you have used in the past or something new you explored for the telling of this story?

MR: Thanks for saying so — I’m glad the approach resonated with you. For people who haven’t read the book, about 75 pages into the story, you’re brought back 40 years and stay there for 100 pages, which is a big chunk of the book — about a third. In doing that, I broke one of my own storytelling rules, which is that in general you shouldn’t lean on big flashback sections too much, because they can be a crutch. As I’ve often told my students (and myself), it’s extremely tempting to dump a lot of “meaning” in a hermetically sealed-off past, in which things are already sort of settled. What’s more difficult to do, and usually more effective, is to do as much of the narrative work as you can in the present tense of the story, in which all number of possibilities sort of hum under the surface. Better to lean on dialogue and action as much as possible to reveal character and use a light touch when it comes to dipping into the past.

The thing was, for this particular story I felt I had no choice but to lean heavily on the past. So much of the drama of this story is the slowly building, organic process of Paul, in his fragile dying state, finally cracking open the door to this long-boarded-up but indelible romantic experience. He’s waylaid by little memories and/or hallucinations at first, almost against his will, which beget other shallowly buried moments of struggle, which lead to him giving himself fully over to the emotional truth of his two months with Luca (the young Italian man) and, finally, working up the courage to finally tell his sister. The confession is 40-plus years in the making, so I felt it was important to both be hyper-attentive to the subtle little shifts involved in him getting there and — once we’re given access to his secret — to make the reader feel as immersed in that time in Paul’s life as he’d felt when he was experiencing it the first time around. Lucky for me, writing that part of the story was pure joy.

NM: What are you writing now?

MR: I just finished an essay about finding out about my parents’ backstory, and I have been doing research in fits and starts for what I think will be my second novel. I’m trying to learn about things like the conditions in children’s asylums, the lives of sex workers who worked at South Side Chicago speakeasies, and populist religious moments in the early 1920s; hopefully, it leads somewhere interesting.

NM: What are you reading now?

MR: Right this minute I’m three-quarters of the way through — and feeling very inspired by — Saint X by Alexis Schaitkin, another Indies Introduce debut novel that I think is phenomenal. It reminds me of Celeste Ng’s fantastic Little Fires Everywhere, in that it’s jaw-droppingly well-written and atmospheric and propulsive and insightful about issues of race and class in America. I encourage people to buy it and be wowed.

Beyond that, I enjoy reading internet articles about how the world is turning into an unlivable hellscape, and clever things my friends post on Facebook.

Find out more about the author at markrader.com.