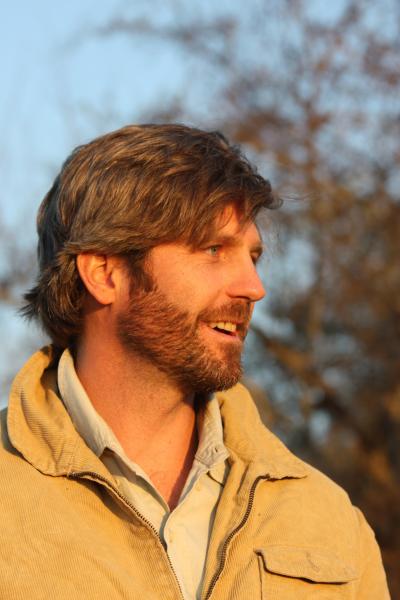 More than 20 years ago, Thornton moved to Tanzania to research wildlife ecology and conservation at Tarangire National Park. He earned his master’s degree in environmental management from the University of Cape Town and has received formal training and certification as a walking safari guide. He is a member of the Field Guides Association of Southern Africa and the owner of the award-winning Mark Thornton Safaris outfitter. He lives with his family outside of Arusha, Tanzania.

“Kid Moses is a fascinating, moving, and damning look at childhood poverty and homelessness in modern Africa,” said Elayna Trucker of Napa Bookmine in Napa, California. “We follow a few years in the life of pre-adolescent Moses, who lives on the streets of Dar es Salaam, Tanzania. It is a bleak look at how society has forgotten these children, and also how even the kindness of a few people is not enough to drag their lives back on track. Thornton’s writing is beautiful, spare, and haunting. For a first-time novelist, he seems adept at putting us in someone else’s shoes. And the story he has to tell needs to be heard.”

What inspired you to write a novel that examines the difficult subject of child poverty and suffering in eastern Africa? What was the research process like? 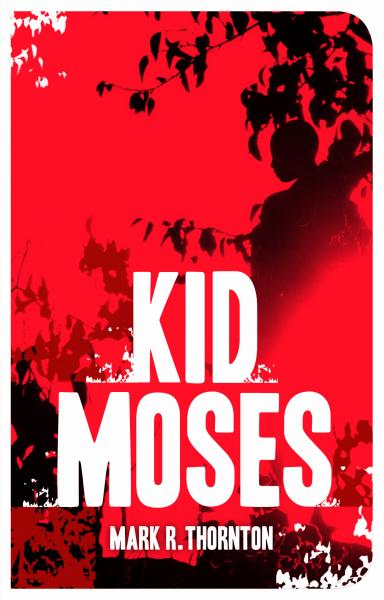 Mark Thornton: When I first moved to Tanzania 20 years ago, I lived on a farm outside of the town of Arusha. Each day, I would drive into town in an old pickup and several of the street kids would jump in the back. They would guard the vehicle while I worked and afterwards we would share some bananas or roasted maize. They had never seen any of Tanzania’s famous wildlife, so one Sunday we all piled in the pickup and went to a nearby national park. Their excitement was fantastic. We had a busy day and all the kids were asleep on the way back to town. My time with them was the initial inspiration for Moses. However, there are very complex issues in their lives, and as a foreigner who has never experienced homelessness or poverty, I understood that I had to write about their lives realistically and respectfully. Most of my research was simply being with them; however, I also read studies about street children from various African cities, and the reality was that kids in most places seldom leave the streets for good. There are no happy endings, or rarely so. Often, the kids are not orphans; they have families from which they have fled, and a history of abuse.

While Moses’ impulsivity epitomizes the irrational behavior of a child, he is more resourceful than most adults. How did Moses, particularly the juxtaposition of his youthful yet adult-like qualities, evolve as character?

MT: I found it very interesting to learn through research, as well as from the kids themselves, about the complexity of decision-making and the range of emotions — guilt, worthlessness, fear, self-destruction, restlessness — that govern their lives. But they must survive. And it is real survival. Every day, the kids must find food, shelter, and safety, often while suffering from traumatic events they have experienced. There is usually no place to go and this real necessity creates resourcefulness.

How did you become interested in ecology and conservationism in eastern Africa, and how did that evolve into a career as a walking safari guide? How have your unique experiences as a safari guide played a role in your writing?

MT: The outdoors had always been a passion of mine, and in 1994 I got the opportunity to come to Tanzania to study wildlife ecology and conservation. I returned a year later for a job outfitting camps to the Serengeti. It was supposed to be two years, but here I am 20 years later! As I learned more as a guide, I was drawn to being on foot in the bush. It provides a raw perspective and allows one to truly experience the wilderness, as opposed to seeing it fly by from the confines of a Land Rover. One sees the finer aspects of the environment and feels the real conditions of the bush — the discomforts, the heat, the distances, the possible risks, the beauty. These moments, particularly when alone in the wilderness, give one an emotional connection and enable one to slow down and observe detail. Perhaps this reflects in my writing in trying to portray something that evokes connection and emotion in the reader and also feels real.

Many westerners have a romanticized idea of what a safari entails. In Swahili, safari means “a long trip.” How does Moses’ safari differ from those that you lead visitors on in your walking safaris?

MT: At first glance, some readers may say, “How presumptuous — a white, American safari guide writing about a homeless, African street kid.” To do justice to a life I have never led, I was determined to be honest in Moses’ intentions and perceptions. Conditions are violent and harsh. Moses’ journey is purely about survival in a place where he, a child no less, has never been and one that is full of danger. Aside from Moses, imagine the difference between how a tourist and a goat-herding Maasai view a lion. For one person, the lion is beautiful. For the other, it is trying to kill your livestock. From the safety of a tourist lodge, the open savanna is breathtaking, but imagine trying to cross it on foot as a young boy, hungry, thirsty, lost, and wondering how he is going to survive the coming night.

For readers, stories are the equivalent of taking a trip. In your opinion, what role do independent booksellers play as guides for readers?

MT: Who better to suggest a book than someone who loves books? Writers and readers alike are drawn to independent bookstores because one usually feels a clear passion for writing there. I remember a favorite independent bookstore in Cape Town, where there were always more obscure titles displayed and an attraction towards writers, styles, and voices that were out of the ordinary.

Learn more about the author at www.thorntonsafaris.com.