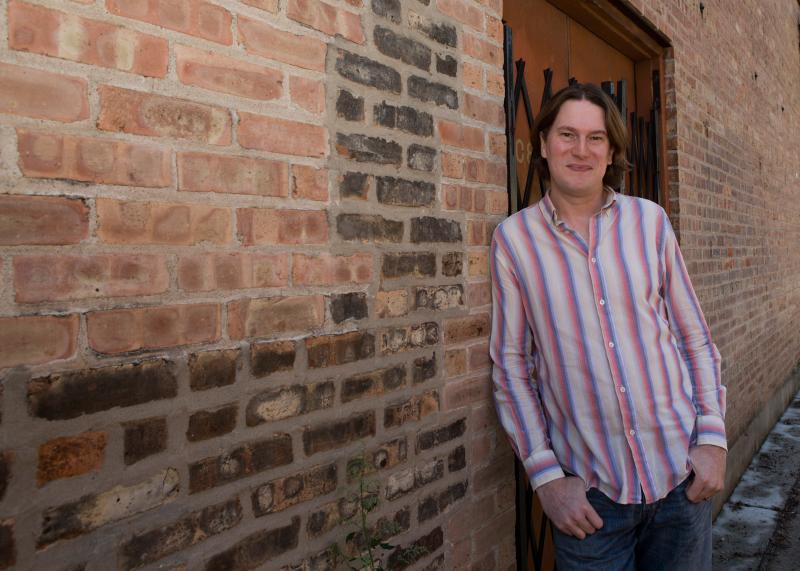 Martin Seay is the author of The Mirror Thief (Melville House), a Winter/Spring 2016 Indies Introduce debut title and a May Indie Next List pick.

“In this outstanding debut, three stories are linked by criminal pursuits and Venice,” said Jeremy Ellis of Brazos Bookstore in Houston, Texas. “In late-1500s Venice, Italy, a man schemes to steal the most guarded technology of the day — a mirror; in 1950s Venice Beach, California, a thief discovers a mysterious text that seems to have unusual insights about that stolen mirror; and in 2015, a soldier pursues the thief in the Venetian Hotel in Las Vegas to retrieve the book about the mirror. As the stories draw together, Seay’s thrilling novel dazzles at every turn. Unexpected and amazing, The Mirror Thief will leave readers breathless.”

Seay is the executive secretary for the village of Wheeling, Illinois. 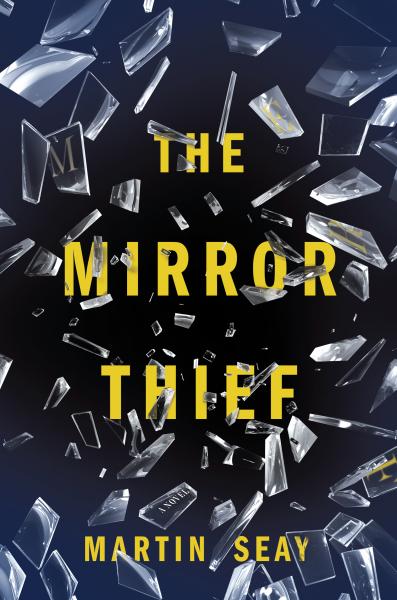 Martin Seay: Yes, this was an assignment from Richard Peabody, who teaches a class called “Experimental Fiction” at the Johns Hopkins campus in Washington, D.C., which I took in the spring of 2002. I think Richard was expecting us to write maybe 10 or 12 pages in response to this prompt, but our beginnings never know our ends.

I tried to do that by working with analogies: thinking about the attributes that make Venice unique, and then thinking about ways they manifest themselves elsewhere. Generally, my inclination as a writer is to begin with concepts and forms rather than characters and plot, and that’s what I did with The Mirror Thief. Before any of my characters had names, for instance, I had decided to write from an extremely close third-person point of view with occasional breaks into second person; in the present tense with occasional shifts into past and future; and without using quotation marks to tag dialogue. The book took shape around decisions like these.

How did you select the three different time periods and places in which The Mirror Thief takes place, and how did you approach writing each storyline?

MS: While I was taking Richard’s class I was also working in a bookstore, and the day after I got the three-nested-stories prompt I happened to be shelving a copy of The Mirror by Sabine Melchior-Bonnet. It’s a brief history of the flat glass mirror as a commodity, as a technology, and as a cultural artifact, and it focuses particularly on the efforts of French glassmakers to break the 200-year monopoly that Venice maintained on the manufacture of such mirrors, a monopoly that the Venetians aggressively defended with measures that included surveillance and assassination. I had never heard of any of this. Before I even finished reading the dust jacket, I decided that one of my three stories would hang on a late-Renaissance industrial-espionage caper.

Melchior-Bonnet’s book also got me thinking about mirrors more generally, and about all the conceptual, cultural, and metaphorical baggage they carry: slippery notions about authenticity and artifice, real and ideal worlds, originals and duplicates, and so forth. This in turn gave me the idea to set two of my three stories in copies of Venice: the Venice neighborhood in Los Angeles in the late 1950s as the Beat scene was taking off, and a Venice-themed hotel and casino on the more-or-less present-day Las Vegas Strip. I picked these settings because I was in a hurry — I had less than a week to turn something in to Richard — and they seemed like the options with the most narrative potential. At first, I was a little concerned that I’d need to strain to make connections between the three, but after a little research I discovered I had the contrary problem: more surprising rhymes and uncanny coincidences popped up than I was ultimately able to use.

Before long, I had a list of locations that I wanted to include — a glassworks, a printer’s shop, a convent, a studio backlot, an art museum inside a casino — and I started coming up with characters and plots that would allow me to connect them. Aside from several extensive revisions of the opening pages, I wrote the book pretty much straight through, in the same order you read it.

After a decade in the making, what was the experience like to finally see the finished product for The Mirror Thief?

MS: It was pretty fantastic, as you can probably imagine. An experience that was even more moving than seeing the finished book, if you can believe it, was being handed a copy of the bound promotional galley by my editor, Mark Krotov, last October, when I met him for the first time in New York. Melville House had been admirably aggressive about getting early, unbound galleys of the book to booksellers they thought might connect with it. It turns out a lot of them did, and provided written endorsements. Melville House covered — I mean covered — the bound galley with these bookseller testimonials. There’s even one on the spine. I worked in retail books for 11 years, in five different cities, and I have developed a strong appreciation for booksellers as the most reliable judges of books and most effective advocates on their behalf, so this meant a lot to me, to say the least.

How has your experience as a bookseller influenced your writing?

MS: For starters, it’s exposed me to a bunch of somewhat obscure, extremely influential material that made me the writer I am. I’m an extremely slow, deliberate reader, and it was helpful to be surrounded every day not only by a ton of books but also by a community of booksellers and avid readers who routinely made great recommendations based on what they learned about my peculiar interests. It was a tremendous education.

It was also a great opportunity to watch ordinary people — by which I mean people who are not themselves writers or booksellers — interact with books, and to learn about their reading lives: what their book clubs had picked, what they bought but couldn’t finish, what they wanted to throw across the room, what they’d been recommending to all their friends. As I worked on The Mirror Thief, I tried to maintain a respectful awareness that I’d eventually be asking some of these busy people to make space for it in their lives, and to keep their expectations in mind.